Now that the smoke has settled we can talk about how good Summernats 32 was this year, and go over some of the highlights and winners. 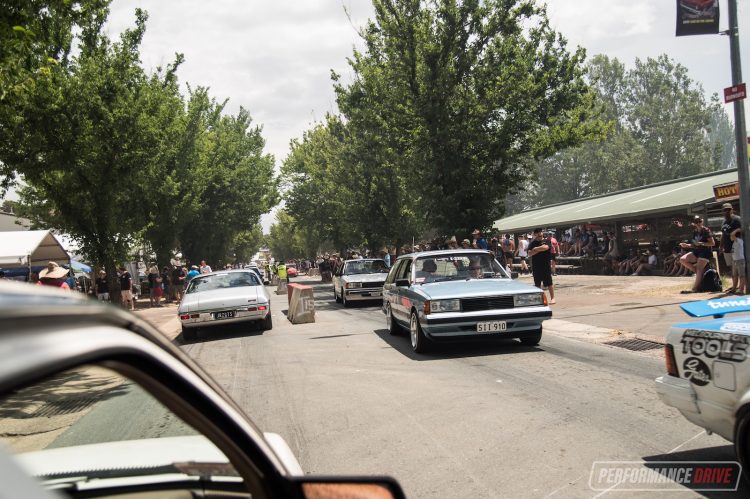 This year’s event was massive, with over 107,000 fans checking out the action, and 2199 vehicles entered in what is known as Australia’s biggest car festival. The four-day event ran over the weekend between January 3-6, with a number of new features this year making it, in our opinion, the best Summernats in its 32-year history.

Some of the new events and features included Skid Row, which was a special concrete-barrier section of the main loop, along Tuff Street. It allowed general entrants to show off the performance of their machines with a burnout in a safe environment, and without the need to enter the full burnout competition.

We were lucky enough to have a friend enter a car in the event, and had a first-hand tour of the grounds, including hitting Skid Row – you might recognise the VL Commodore Turbo from one of our videos. 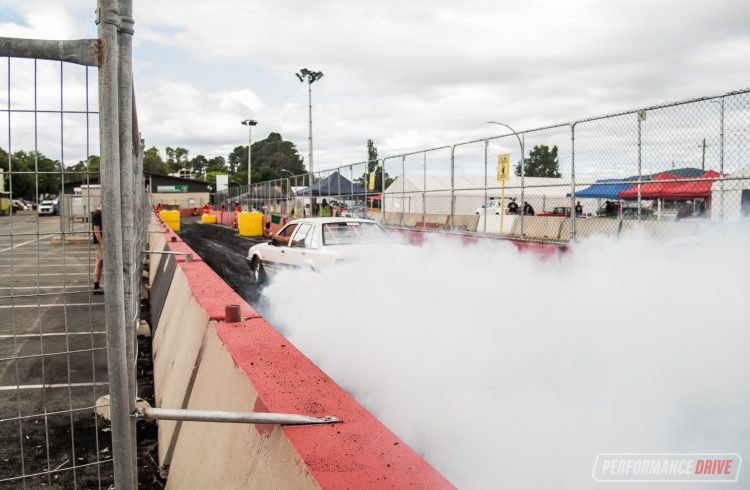 Summernats is usually home to tough street machines, predominately powered by large V8 engines. However, this year the organisers increased the overall diversity of the event by introducing a new drifting showcase. A tight yet very exciting little loop was set up within the grounds for spectators to observe the sideways skills of pro drifters.

At the other end of the speed and horsepower spectrum, Team Isuzu joined the event this year, showing off their Concept X off-road vehicles. Free passenger rides were offered in the main arena around the custom Iron Summit setup. This was yet another attraction to help broaden the appeal of the car festival. 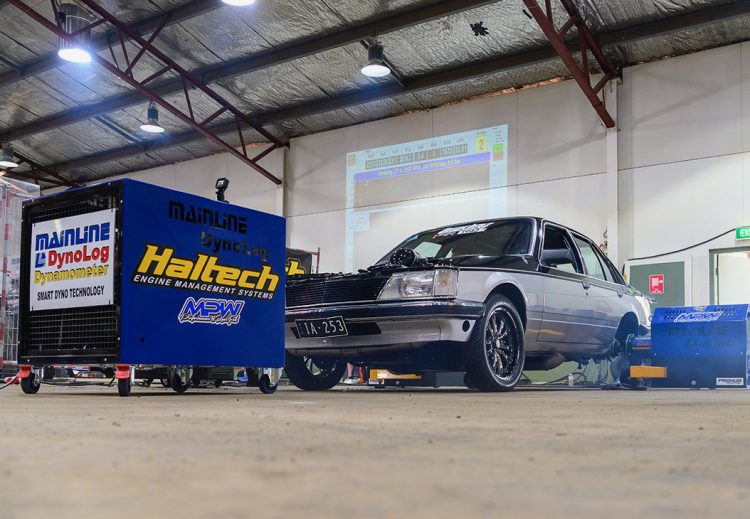 The usual events also ran over the course of the weekend, including Horsepower Hero. This year an MPW Dyno Cell and Mainline ProHub 3000 hub dyno were used to test out some of the country’s most powerful cars.

In the end the winner was a road registered 1984 Holden VH Commodore, owned by Brenden Medlyn. It produced a whopping 2483hp at the wheels/hubs (1852kW), setting a new record in the process. That’s 300kW more powerful than the previous record-holder. To give you some idea of the power level, it’s about 600kW more powerful than a Bugatti Chiron.

An outright record was also set. A heavily modified Holden VT Commodore built by Castle Hill Performance laid down an enormous 3076.9hp (2295kW). It literally shook the dyno room. And we guess it would, creating the equivalent of two Bugatti Chirons worth of power. 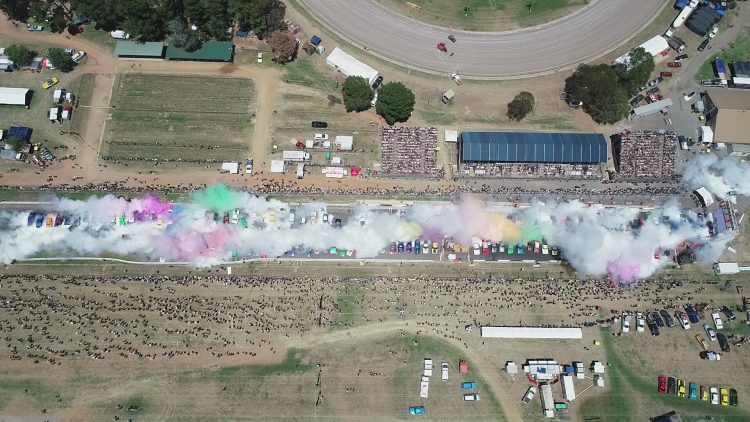 As for one of the star attractions, the burnout competition. This year it was hot out in the skid pan, as usual. But it didn’t stop a massive lineup of extremely high-powered street machines from doing their thing. In fact, earlier in the festival, some 126 entrants teamed together to set a new Guinness World Record for largest simultaneous burnout. 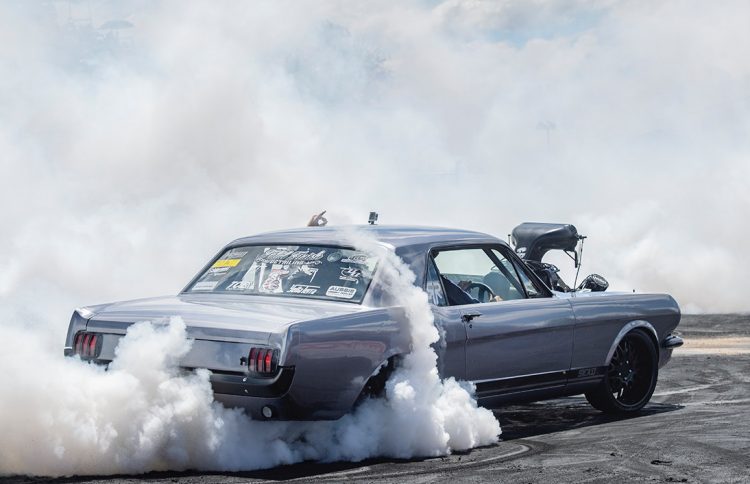 On Sunday the final round for the competition took place. And it was Jake Myers in his Ford Mustang ‘SICKO’ that took the crown. The blown and injected Mustang produced a huge amount of smoke, while keeping the spectators revved up with a spectacular display of car control and V8 sound. 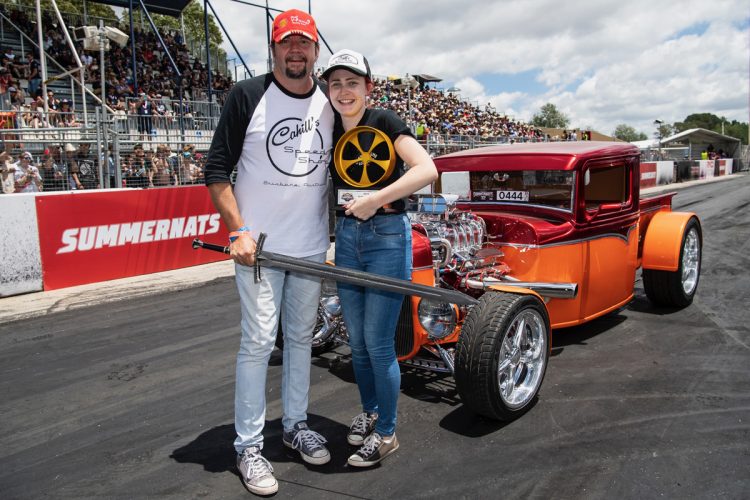 Each year an overall award is handed out for the best street machine. This is called the Grand Champion, accompanied by the famous sword. This year the sword went to Rick Werner and his 1932 Ford hot rod pickup. It took Rick, with help from his daughter, over six years to build the rolling work of art. In a statement, Werner said:

“It is totally surreal and just phenomenal. I always wanted my own Hot Wheels machine and now I own one, and on top of that we have just won the Summernats Grand Champion.”

Aside from the various records, plenty of tyre smoke, fireworks and enough beers to fill an olympic pool (probably), Summernats 32 was also home to a marriage proposal in the main arena on the Saturday evening. She apparently accepted.