BMW has been spotted testing a prototype version of the next-generation high performance 2014 BMW X5 M. As you can see in the video below, BMW M is serious about honing and refining handling and balance, even on the company’s largest SUV. 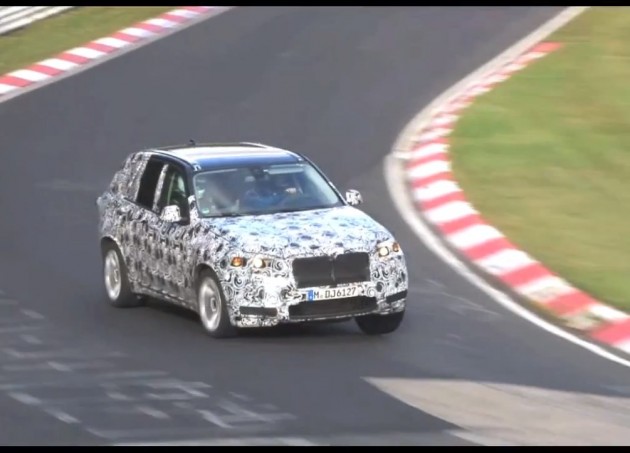 Specific details are still a little hazy at this early stage. The new model is likely to adopt the same 4.4-litre twin-turbo V8 engine though, however, power and torque figures might be altered somewhat from the current model’s 408kW/680Nm figures.

Like other new performance SUVs on the market, the 2014 BMW X5 M is expected to shed some weight, possibly through the use of various lightweight materials in its construction. This could potentially see some carbon fibre making its way onto the SUV for the first time.

Suspension, dual-clutch transmission, and steering and damper control is all set to be developed by M Division like the current model to maximise outright performance.

It is still a while off before the new model arrives in showrooms. A concept version may appear at an international motor show in the second half of 2013.

Click play below to see BMW test drivers flogging the prototype around the famous German track. By the looks of it, the X5 is well up to the task of tackling the bends and eating up the straights. You have to love that crackling burble in between gear shifts.