Toyota will have an impressive and interesting set of project cars at the 2012 SEMA Show in Las Vegas next week, including a wicked Toyota Sequoia drag car and a NASCAR-inspired Toyota Camry ‘Rowdy Edition’. 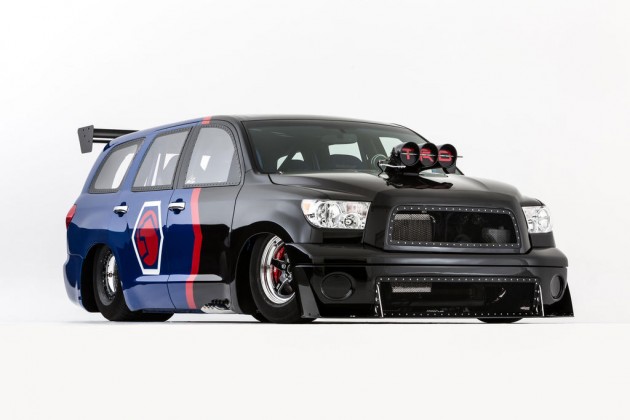 Starting with the not-so-humble Camry, the project car is a co-development project between Toyota and Detroit Speed & Engineering (DSE), designed by Kyle Busch.

The car features a unique ‘aero’-style low-profile widebody bodykit with a new front bumper bar and spoiler setup, and a chunky rear diffuser arrangement at the back. 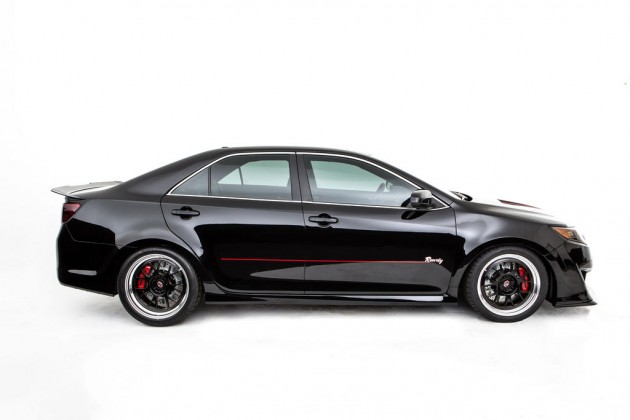 The Rowdy Edition Camry also features custom belly pans under the front and rear, racing alloy wheels, and a full twin exhaust system. It’s unknown what, if anything, is done to the engine to increase power.

Inside, the modded Camry gets Lexus IS F bucket seats, and trimming in a similar colour scheme as the exterior. Kyle Busch recently spoke about the project, saying,

“Our approach to the build was to make a car with the stance, attitude and handling of a road-race car while retaining the functionality of a production Camry. This looks like something we should run at Daytona and Talladega.”

As for the Toyota Sequoia drag car, it’s based on the US-only Sequoia, which is Toyota’s largest SUV (bigger than the LandCruiser). Under the bonnet there’s some obvious modifications, evident by the large snorkel sticking out from the bonnet. Specific details haven’t yet been released, but the engine does produce over 485kW (650hp) thanks to a TRD supercharged unit.

In other areas, the Sequoia features 21.5-inch wide drag radials on the back, while extensive weight reduction has taken place to trim some 725kg from the SUV’s mass. There’s also a full roll cage setup and various chassis revisions to help cope with drag racing conditions. 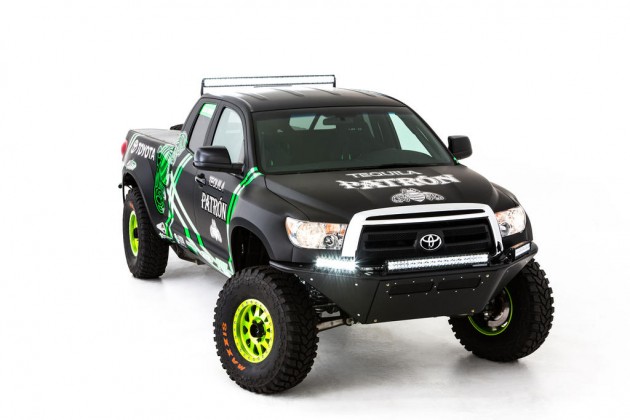 Other Toyota projects to be on display at the show include a modified Prius called ‘Tekked-Out’, showcasing loads of custom in-car multimedia installs, as well as a TRD supercharged 5.7-litre V8 Tundra with huge suspension and various off-road-oriented performance features.