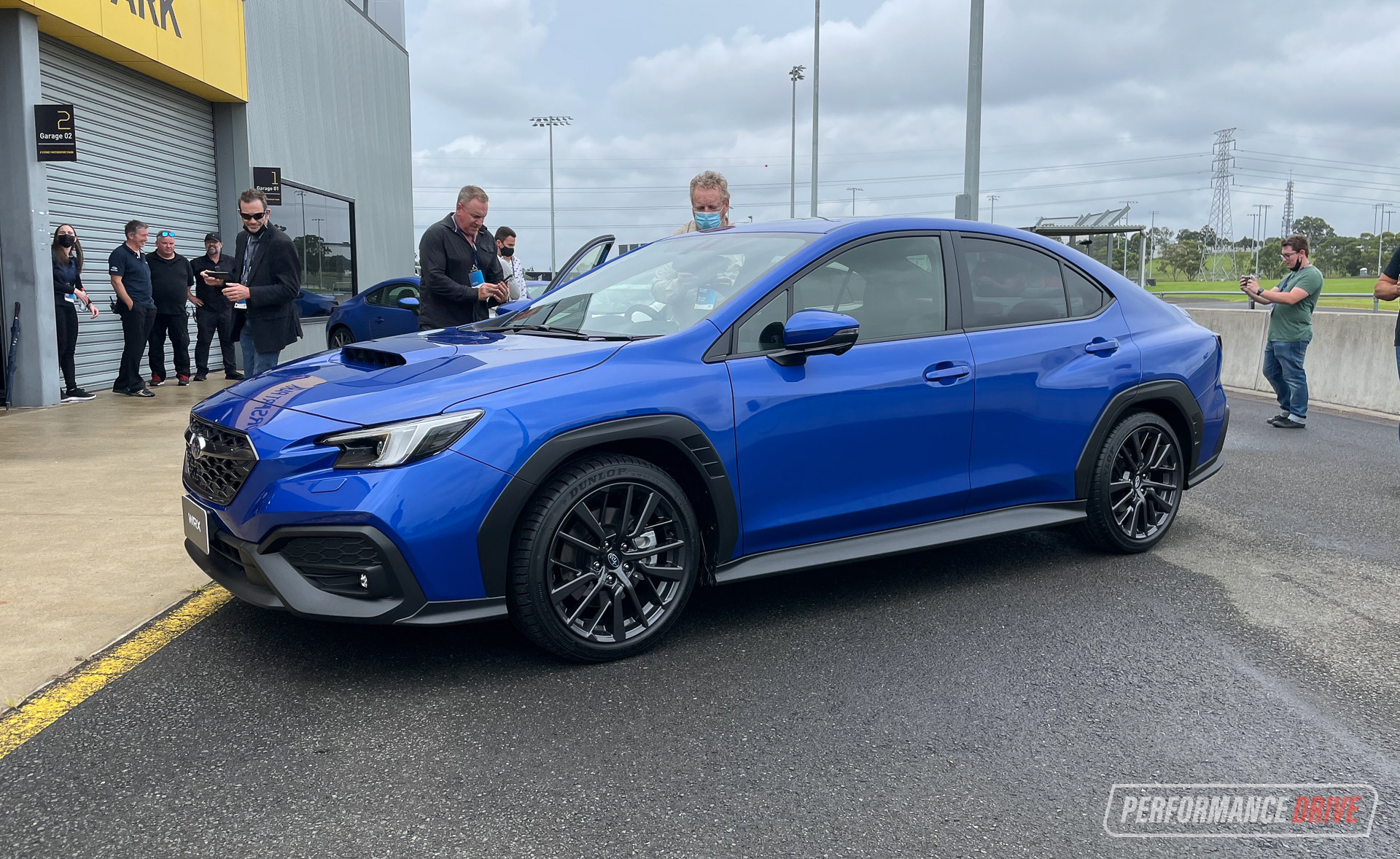 The all-new 2022 Subaru WRX has landed in Australia, kind of, with the first examples touching down here just last week. It’s due to hit showrooms during the second quarter of this year. 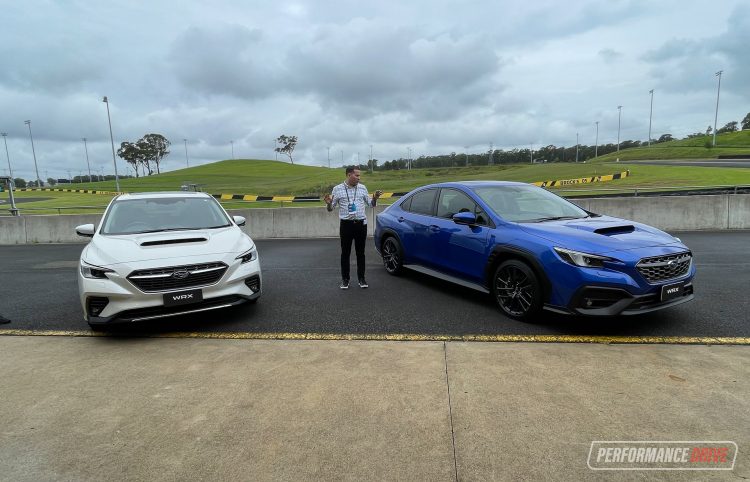 An example of each the new WRX sedan and WRX Sportswagon was shown to media this week during the official BRZ launch at Sydney Motorsport Park. This was the first time it had be shown in a somewhat open forum, after initially arriving on a ship in Australia last Thursday.

As we’ve all already seen, the new model is a major generation change, adopting Subaru’s Global Platform. It is the last nameplate to switch to the platform in Subaru’s showroom (aside from the BRZ), after arriving in 2016 to underpin the Impreza at the time.

The new platform for the WRX sees torsional rigidity increase by 28 per cent, and there’s a 75 per cent increase in suspension point rigidity. This should help to improve handling response and give the driver more precise feedback. There’s also a longer suspension stroke, and a new electric power steering system. 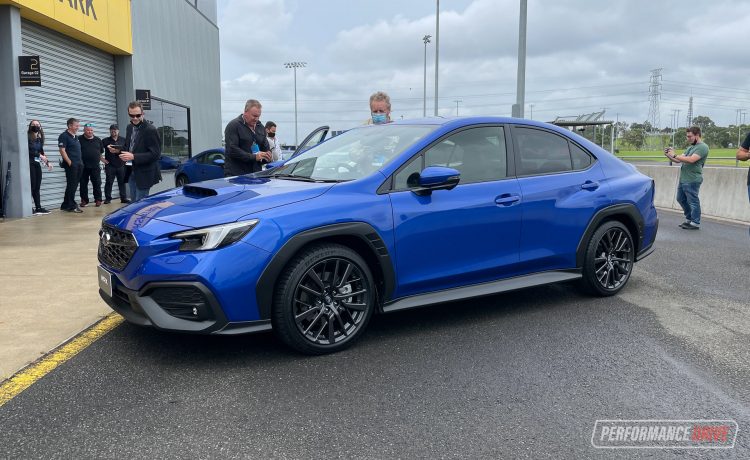 Obviously the other big change is the new exterior design. It’s now got a bit of ruggedness to it, with black wheel arch surrounds for the sedan, and black plastic for the front spoiler and rear diffuser section. At first, to be honest, we were turned off by the new look. But in person it does look a lot more appealing.

The new wagon doesn’t feature the black plastic cladding. However, we think it would be more suitable the other way around. Have the wagon with rugged, SUV-style cladding and off-road attitude, and leave the sedan to be what it is; a road car. Either way, the interior is a major improvement as well, which, alone, should lure plenty of buyers. 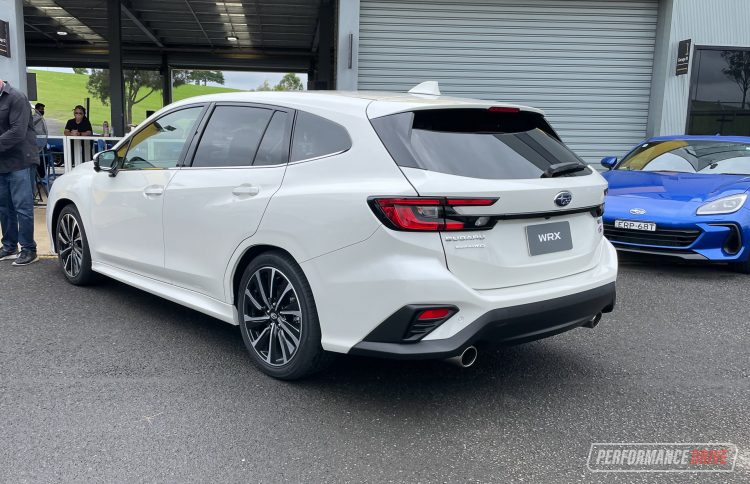 Power comes from a 2.4-litre turbo flat-four which is set to produce around 202kW and 350Nm, although, Australian specs are yet to be confirmed. The sedan will be offered with either a six-speed manual or CVT auto, while the Sportswagon will come in CVT form only, unfortunately.

More details will be revealed in the coming months (if not weeks), ahead of its arrival in the second quarter. Stay tuned.