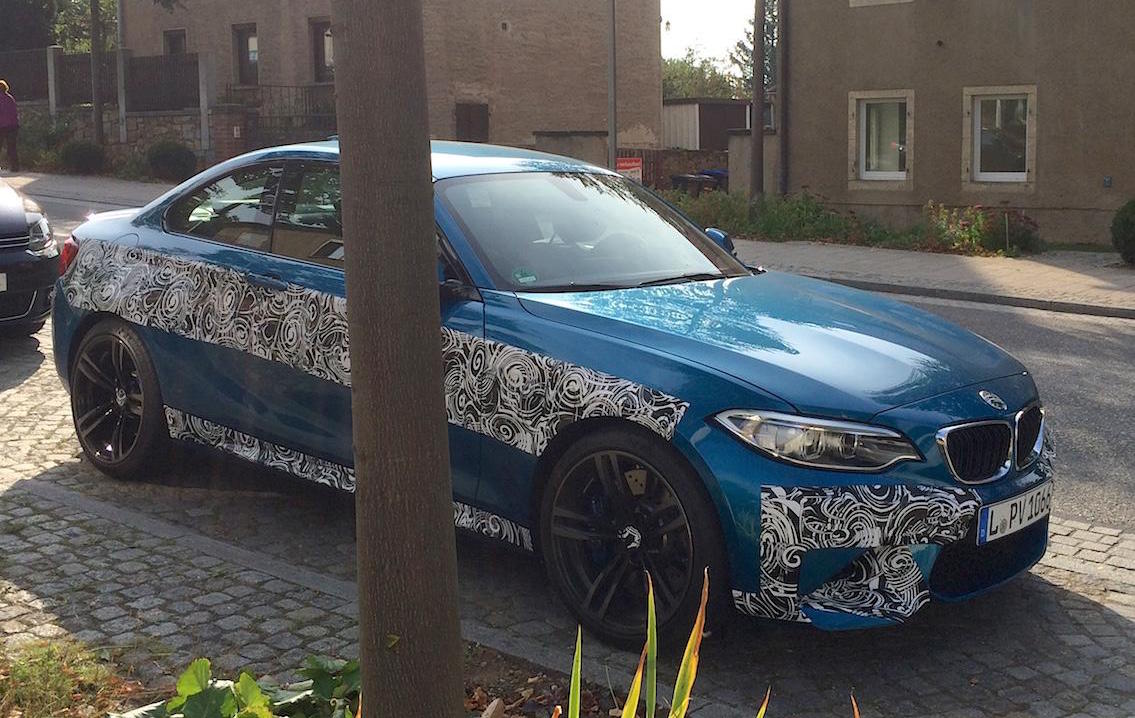 A lightly disguised prototype version of the upcoming BMW M2 sports car has been spotted in Germany, sitting innocently on the side of the road. 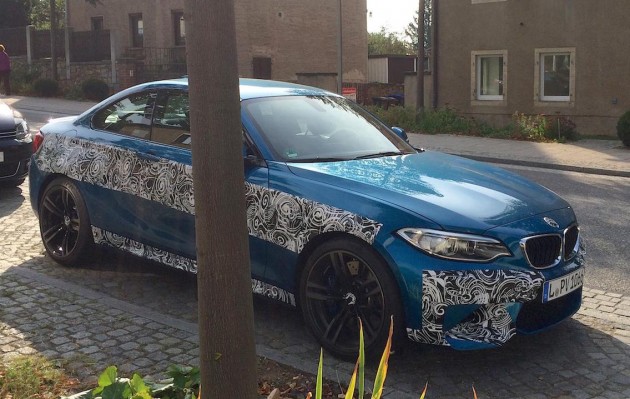 As reported last week, the new model is set to be fully unveiled on October 14. It will slot neatly between the M235i M Performance 2 Series, and the 4-Series-based BMW M4.

In these latest images, first appearing on an M-Forum.de thread, we get perhaps the best look yet at the miniature German muscle car. It is clearly based on the 2 Series, although the front and rear bumpers bars are completely unique, and the wheel arches are widened.

The prototype rolls on 19-inch twin five-spoke M alloy wheels dressed in a fashionably dark colour scheme, behind which is a set of perforated performance bakes with twin-piston front calipers. Around at the back is a set of traditional quad-outlet exhausts.

As far as we know the M2 will be powered by a 3.0-litre turbocharged inline six engine developing around 275kW and up to 500Nm. This is likely to translate to a 0-100km/h time of around 4.5 seconds, or exactly in the middle of the M235i and the M4.

BMW Australia is yet to shed any official light on potential local details or prices, but we can probably expect a price tag somewhere around the $100,000 mark – like the old 1 Series M Coupe.