Normally, SUVs and four-wheel drives aren’t considered to be performance vehicles, but times have changed. This is a Volkswagen Touareg with a heavily tuned W12 twin turbo engine under the bonnet, and it has been set up so it can do epic rear-wheel drive burnouts. 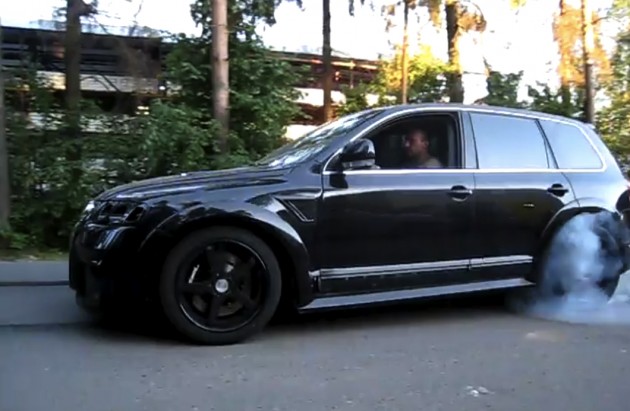 We’re not sure how this one went under the radar, but it has been on YouTube now for a couple of months. If you haven’t seen it already, or even if you have, click play on the videos below for a bit of a demonstration on what it’s all about.

As the build was undertaken in Russia, finer details and specifications are a bit hard to come by, but judging by the last video there’s some fairly extensive work done under the bonnet. Larger turbochargers, custom piping, custom fuel system and a ProEFI ECU setup to control the engine and provide an adjustable all-wheel drive front-to-rear bias control.

Simply awesome. And listen to those wastegates upon closing of the throttle, sounds like an epic tennis match echo.