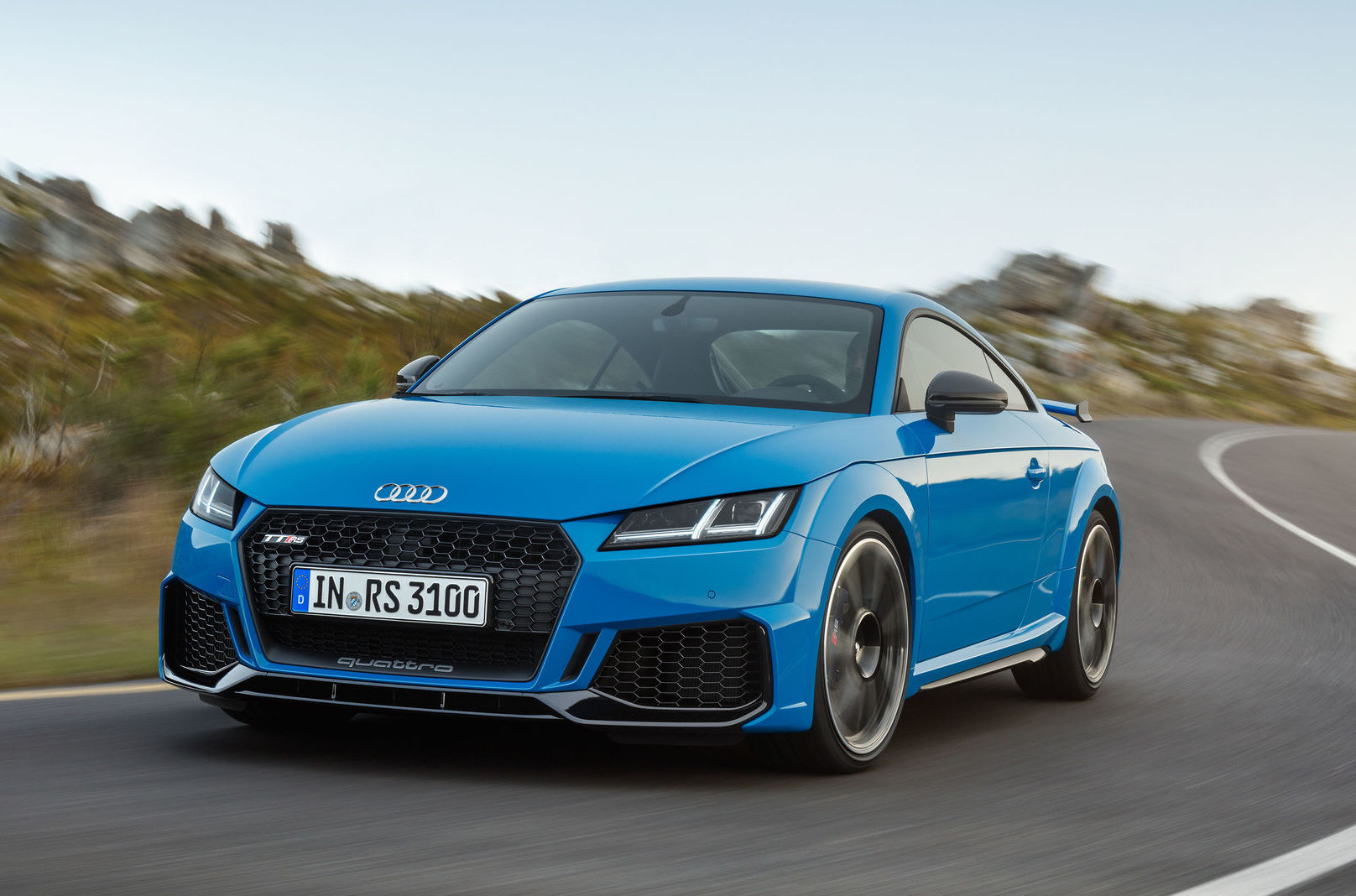 Audi has revealed a lightly refreshed TT RS for the 2019 model year, giving it mildly revised styling, along with some new options and technologies beneath the surface. 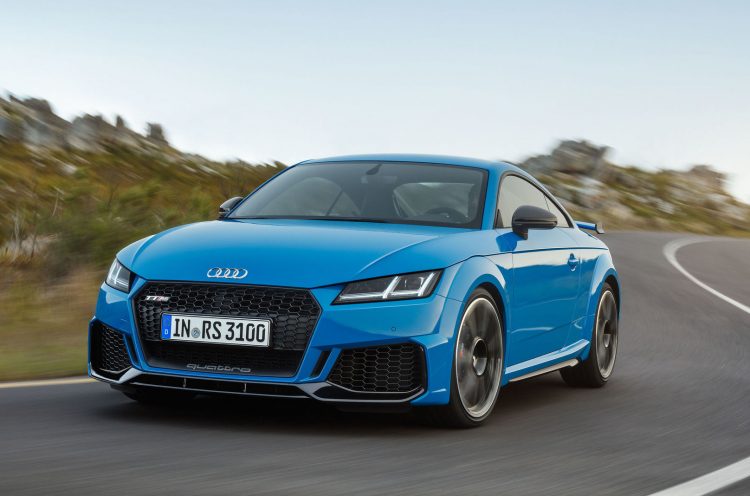 Firstly, the engine. The 2.5-litre TFSI turbocharged five-cylinder engine continues on, barking out an impressive 294kW and 480Nm. This is certainly no bad thing as the engine sounds and goes like half a Lamborghini Huracan (not technically).

Matched up to the engine is a seven-speed S tronic dual-clutch automatic transmission, sending that grunt to a quattro all-wheel drive system. Across the tarmac the sports car can achieve 0-100km/h in a supercar-like 3.7 seconds, with a top speed limited to 250km/h.

So, what is new? For the exterior Audi designers have updated the front end, with a matt titanium-look quattro badge positioned lower down the gloss black grille, and the front spoiler is further extended, while the lateral air inlets have been enlarged and feature vertical slats. 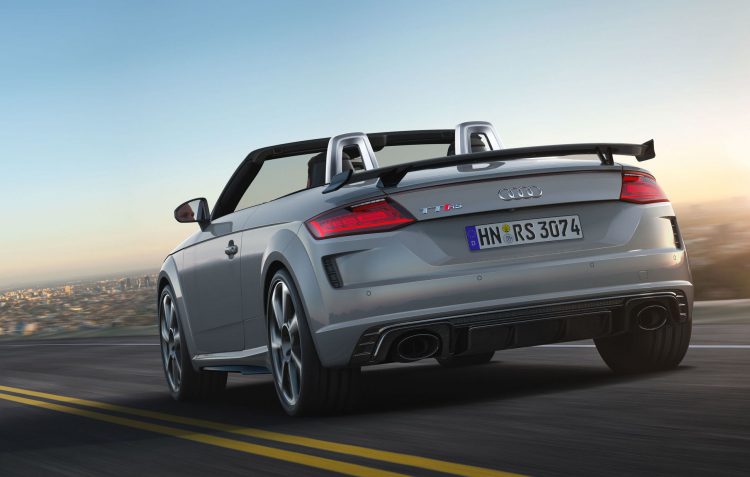 Some changes at the back introduce a new fixed wing with side winglets, while the diffuser is updated and features vertical elements just above it to help merge the design of the body. LED headlights and taillights are standard, or buyers can option for Matrix LED for that cool, crisp look at the front. Buyers can also choose from a range of fresh paint colours, including Kyalami green, Pulse orange and Turbo blue.

Inside, the driver gets a new steering wheel with a red 12 o’clock marker, and there’s a 12.3-inch digital instrument cluster now with special RS displays, with readouts for g-force and real-time engine output. Passengers are wrapped in either Alcantara or optional honeycomb Nappa leather trim.

The new model will be available to order in Europe from April this year, with Australian prices and arrival dates yet to be announced.