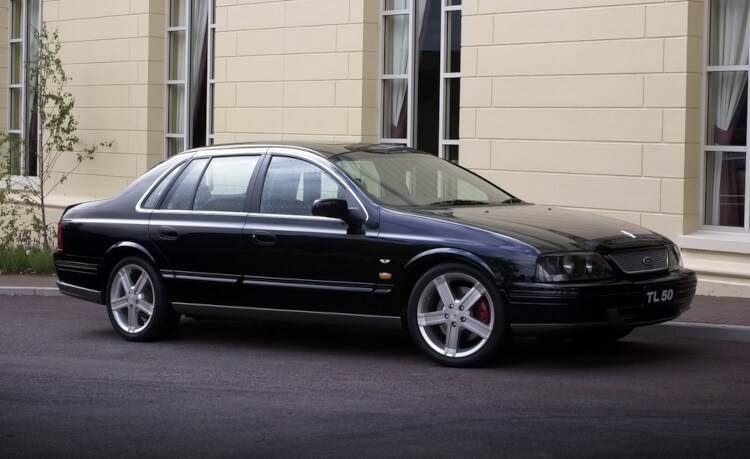 Just as is the case with Holden, Ford is woven into the fabric of Australia’s automotive atmosphere – the local arm did build cars here for 91 years after all. The Falcon and other models assembled at Ford’s Campbellfield, Victoria, became enthusiast mainstays, winning races and hearts across the nation. Some models are rarer than others and we aim to cover the more obscure ones here. If you encounter one of these, hold onto it for dear life – especially with people currently asking ridiculous prices for Australian-built cars.

Bear in mind this isn’t the definitive list, we have just arbitrarily hand-picked some highlights that tickle our fancy. How many of these remain is not clear – we are going off build numbers here. So grab a coffee or tea as you peruse our list. If you have ever had a rare Henry, tell us about it in the comment section below.

It was widely accepted that Holden Calais and its Blue Oval equivalent, the Ford Fairmont Ghia, were only available as automatic sedans with all the fruit. In the 1980s, however, wagon and manual versions of both were available.

Up until EB Series 2 debuted in April 1992, the Fairmont Ghia was available not only as a wagon, but also a manual. The rarest variant of these is the V8 manual, with only two made. If you stumble on one of these, hide it in an underground shelter. 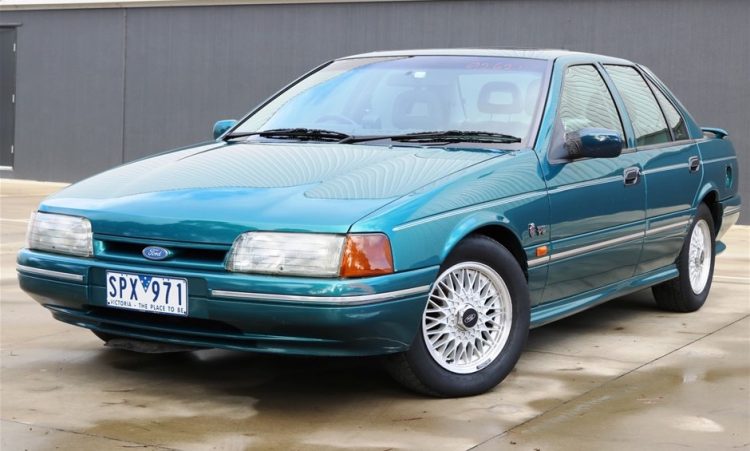 Before the advent of FPV, Ford’s effort to steal HSV’s thunder with the Ford Tickford Experience did not have the desired results. With restrained subtlety, the first two series of T-Series cars did not meet sales expectations. When the Series 3 debuted with its stroked 5.6-litre Windsor V8, Ford was finally able to compete with Holden’s muscle cars. As far as we know just three examples of these later series TL50 models were produced.

HSV’s Statesman-based Grange enjoyed enough of a following to last until 2017, but when Ford tried their hand at a Fairlane-based equivalent, not many found buyers. Pity, as its 5.6-litre Windsor with 250kW and 500Nm is one of the all-time greats.

Unlike Holden, Ford did not bless their wagons with independent rear suspension, instead favouring the utilitarian leaf spring and live axle layout. This means it eventually became a fleet queen, aimed solely at getting a job done. With just 44 made, these are very thin on the ground.

For a time though, you could get Fairmont plushness combined with V8 grunt. Maybe it was because Holden was offering a much more powerful Gen III V8 with IRS in its Berlina counterpart. But uptake had slowed to a trickle by the time AU Series 3 came around. 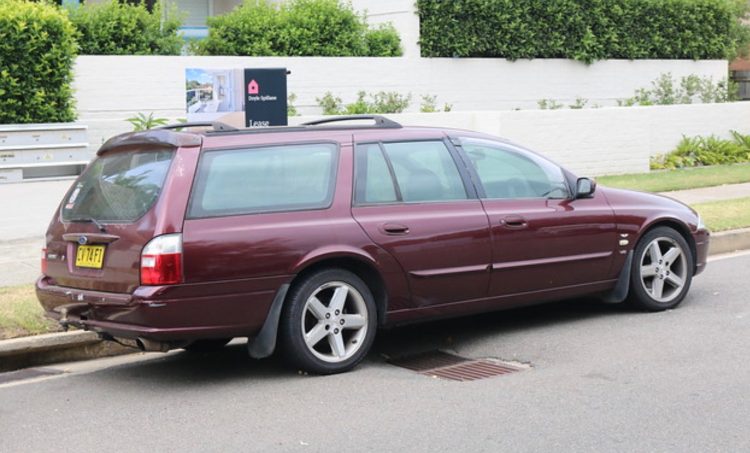 The striking red and black paint finish of the FPV GT ‘RSPEC’ also found its way onto the Pursuit Ute. It was powered by a 315kW and 545Nm supercharged Miami V8, tied to either a ZF six-speed auto or Tremec TR6060 six-speed manual. Just 75 were made with this alluring paint scheme. We were lucky enough to sample one back in the days for review and video.

As a send off for the FPV range, 120 GT-F-spec utes were made in 2014. Additionally, this was the final fast V8 Falcon ute, as the XR8 would only return in the FG X series as a sedan.

If you encounter an NL Fairlane Concorde, this might also be worth snapping up as only 680 were made of this special edition. 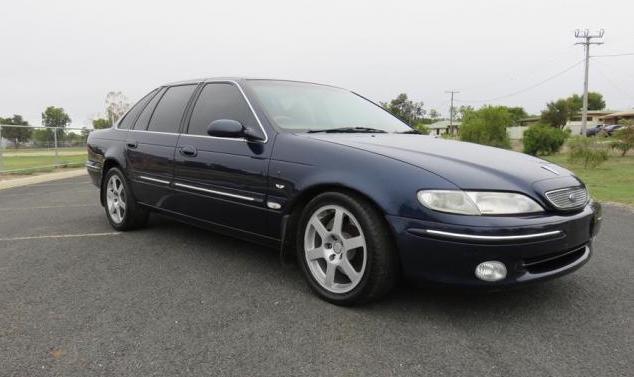 With the advent of the BA, the fleet-hack austerity of the AU Forte was banished into oblivion, as Ford sought to add more showroom appeal to its entry-level model. Climate control, velour trim and a more upmarket interior set out to create a point of difference between it and the Commodore Executive.

The trusty Borg Warner T5 was available but few ticked this box, varying from 334 six-cylinder BA Mk1 units to as little as 24 for the BF with the 220kW V8. 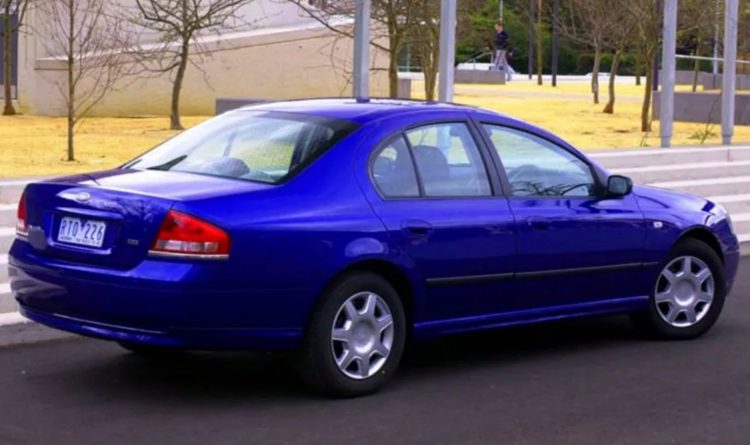 Ford dabbled with the idea of a sporty wagon in the mid ’90s with the ED and EF XR6 station wagon.

We particularly love the shark-like, quad headlamp look of the EF XR6 wagon. It featured red body mouldings and a 164kW/366Nm Tickford motor. With 278 EF XR6 wagons made in auto and just 198 in manual, these are very hard to come by. The perfect combo of looks, grunt and versatility certainly has appeal. 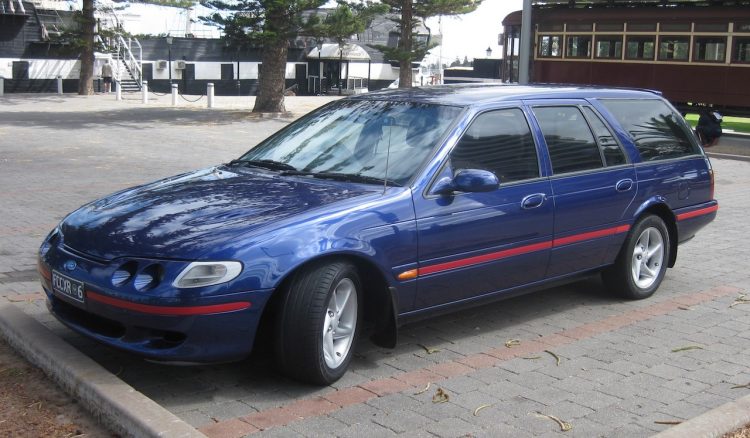 It’s hard to believe that taxi or manual variants of both the early 1970s Statesman and Fairlane existed, but a niche market for column-shift, bench seat existed then. Take up was understandably low, as a premium luxury sedan with column manual and no extras seems something of an oxymoron.

In a rush to get the EA Falcon to market, Ford took many shortcuts. In addition to production issues resulting in steering columns falling into drivers’ laps, plans for IRS, a DOHC engine and four-speed auto were put on the shelf.

In addition, Ford initially choked the base engines with a single-point, throttle body injection system, meaning the entry 3.2-litre wheezed out a paltry 90kW and 230Nm. Given this engine was under-square, it may have had potential to be a rev-happy unit if equipped with the multi-point injection system, but it did not live to see the 1990s due to its cynical output. 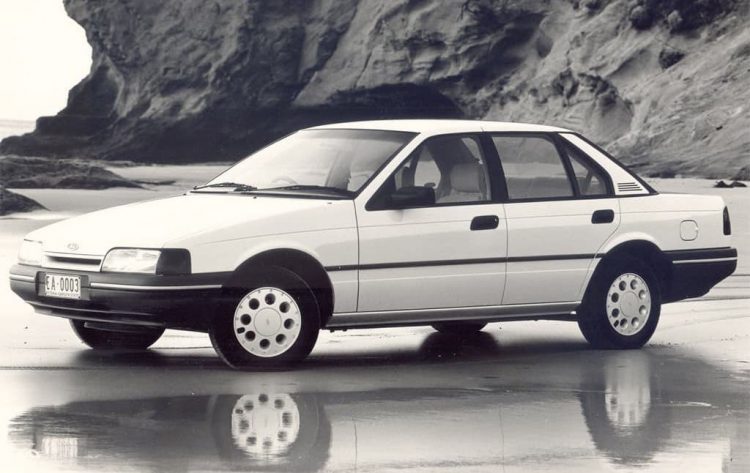