Ford is planning to unveil a number of heavily modified Ford Mustangs at the 2012 SEMA Show next week, including a GT version wearing a fat carbon fibre bodykit. 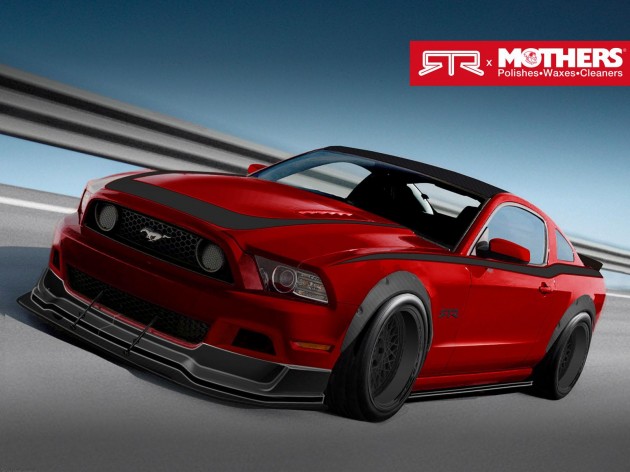 Up to six Mustangs will make up the lineup, three of which are based on the new GT which comes with a supercharged V8 engine producing 485kW. One version is based on the convertible using the V6 engine.

Starting with the red Mothers Mustang, it features pumped carbon fibre wheel arches, racing suspension, and an extensive bodykit with a low and chunky front spoiler and a neat lip wing at the back. Power comes from a tuned version of the supercharged V8. 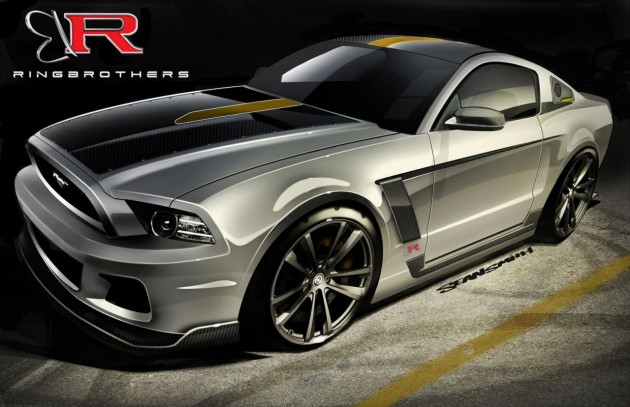 Next up is the Ringbrothers Mustang GT (above). It features special ‘waterborne’ paint and a unique two-tone colour scheme. It’s not all about looks though, it also comes with high performance Baers brakes which hide behind those huge alloy wheels, as well as an uprated lowered suspension setup. 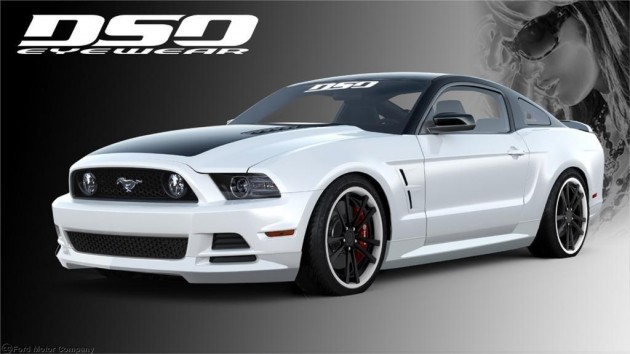 The DSO Eyewear Mustang GT is perhaps the most serious out of them all. It comes with a Whipple twin-screw supercharger kit taking power levels to a massive 559kW (750hp). It also gets Eibach suspension, a 3dCarbon carbon fibre bodykit, Brembo brakes, and a kicking Rockford audio setup. 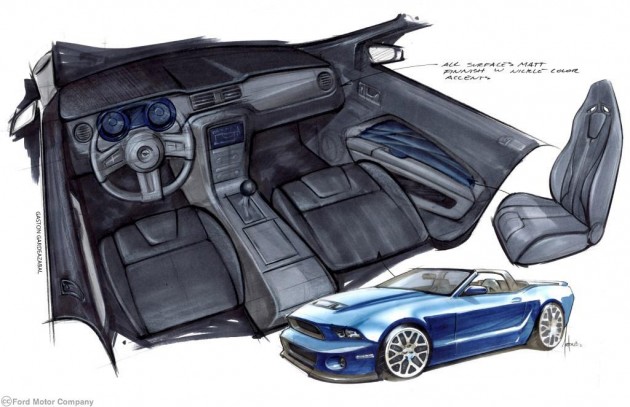 Finally, the Stitchcraft Mustang Convertible also features a 3dCarbon bodykit. Power comes from a 3.7-litre V6 which is tuned via a nitrous kit and a FlowMaster exhaust system. Other highlights include a Hotchkis coilover suspension setup and some Wilwood performance brakes to ensure the drop-top handles the extra power.

Six Mustangs in total will debut at the the 2012 SEMA Show, from October 30 until November 2.