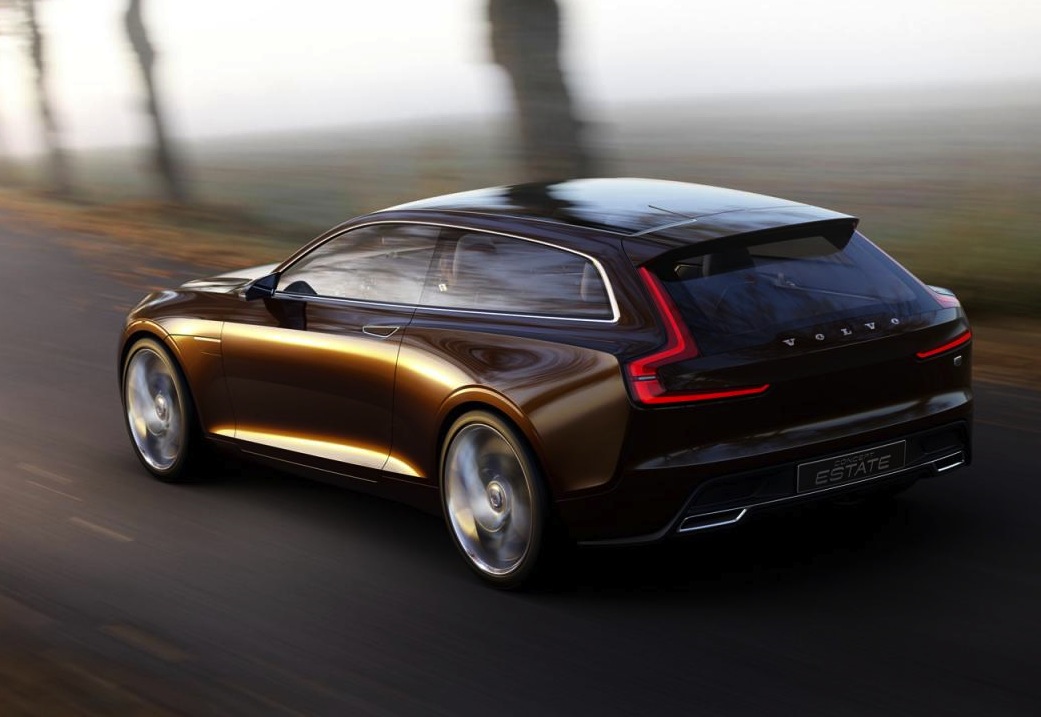 Remember the Volvo Concept Estate teaser a few days ago? Well, the car has now been revealed through some leaked images ahead of its Geneva show debut next week. (See bottom of page for official updated info.) 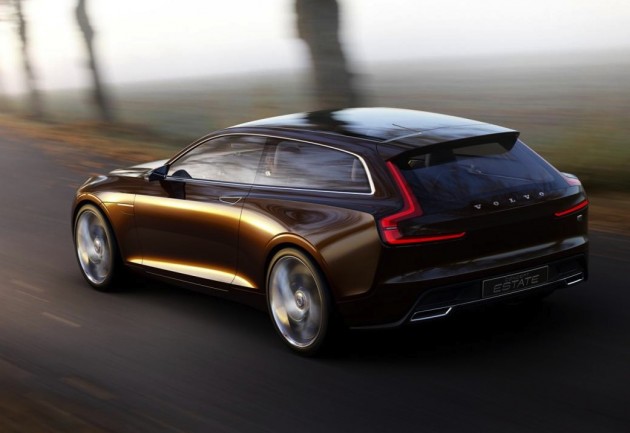 As the name suggest, the concept is an estate (wagon). It’s more of a shooting brake in terms of layout though, with just two doors and a hatch at the back.

It looks stunning from any angle. Volvo has infused its current design language into the car with hints of the future in some elements. There’s LED lighting, horizontal headlights, and pronounced upper front grille, and some elegant rear haunches. 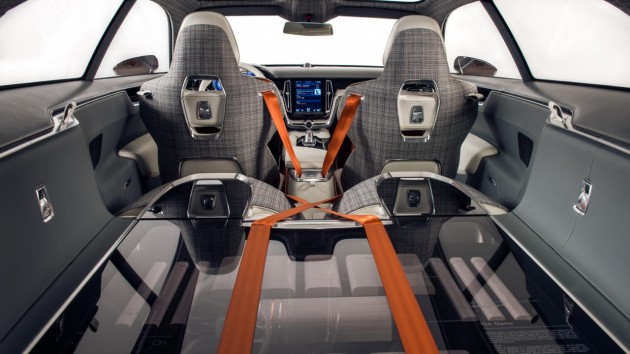 Inside, it’s all about modernism and sportiness. Two racing-like buckets seats sit in the front while the back section is filled with what appears to be electronic gear that powers the car. A large LCD touch-screen dominates the dash, while the trim goes for a cool tartan theme with orange seat belts.

Specifics on propulsion are yet to be uncovered. We’ll have to wait for Volvo to officially unveil the car by March 6, at the start of the Geneva Motor Show, to find out more.

UPDATE: Volvo has officially revealed the new concept, saying it is the third and final project as part of a series of new-gen concepts. It follows the Concept Coupe and Concept XC.

The Estate is inspired by the classic Volvo P1800 ES which was regarded as one of the first ‘shooting brake’ style vehicles. Volvo says the modern design embraces Swedish lifestyle with contemporary themes and a user-friendly layout, with the feel of a Scandinavian living room.