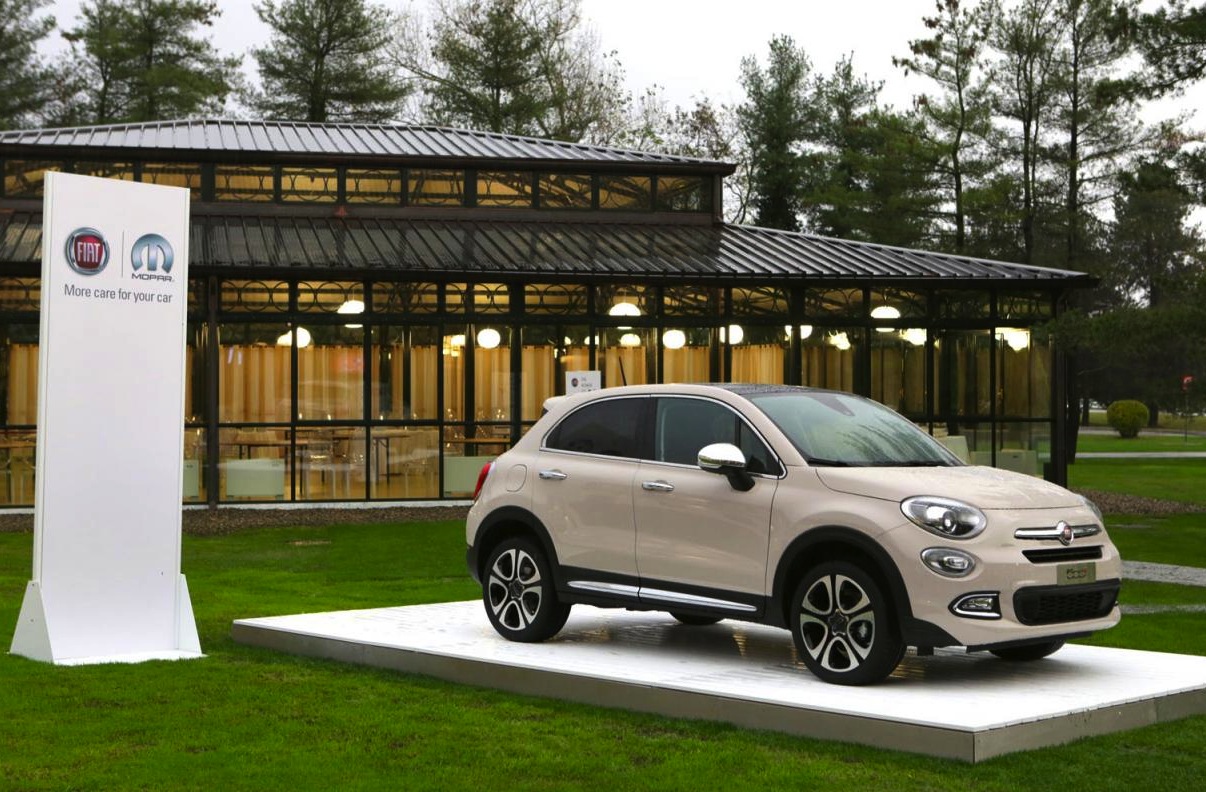 Mopar, the brand usually associated with big capacity V8 muscle cars, has turned its attention to the new Fiat 500X baby crossover and come up with two special show cars to showcase the personalisation opportunities. 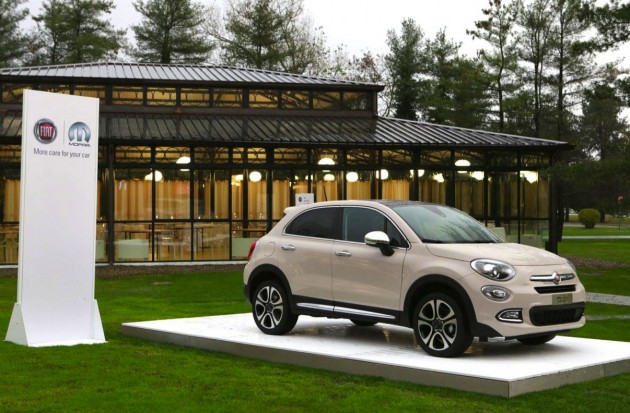 The Fiat 500X was only revealed at the Paris Motor Show last month, but it seems Mopar isn’t wasting any time. One example recently shown off at a presentation comes with an Amore Red body with white exterior accessories such as white side mirror caps, bonnet and roof decals, and door moulding inserts.

This example also features unique 18-inch alloy wheels in a light colour, while the cargo area presents a ‘boot organiser’ system that maximises the 500X’s practicality, by providing separate spaces for various objects.

Not to be outdone, the other example on display gets a ‘Greyge’ paint job and shows off the ‘Chrome Pack’ accessories. Like the red example, the chrome (instead of white) is applied to the side mirrors, door moulds, fog light surrounds, and bonnet mouldings. A set of 18-inch alloy wheels top it off.

These show cars are a mere glimpse of the customisation possibilities that will be available to buyers. In fact, the company says there will be over 100 exclusive accessories to select from, from custom colours, interior trims, decals, and alloy wheel designs.

Other ideas include a range of roof boxes for transporting things like skis, bikes and surfboards, as well as more cargo area organiser systems with nets and guards, as well as a special ‘Xtra Care’ program offering customers a full service portfolio. 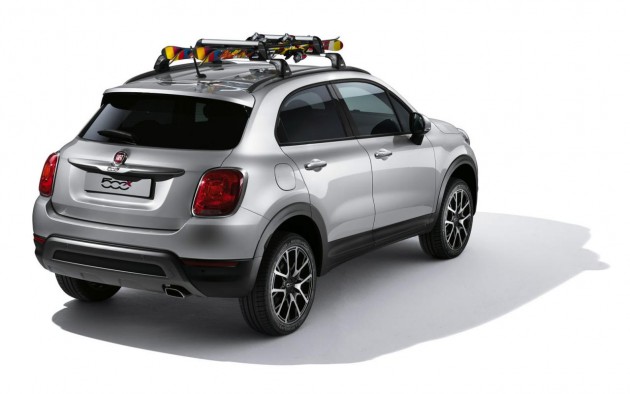 Fiat Australia is yet to announce local prices or a market entry date for the new 500X. It should be a popular model though as Fiat 500 sales have increased significantly over the past two years. For the period from January through October the local arm sold 401 examples, then in 2013 that figure shot up to 1585. This year, the figure stands at 2550.