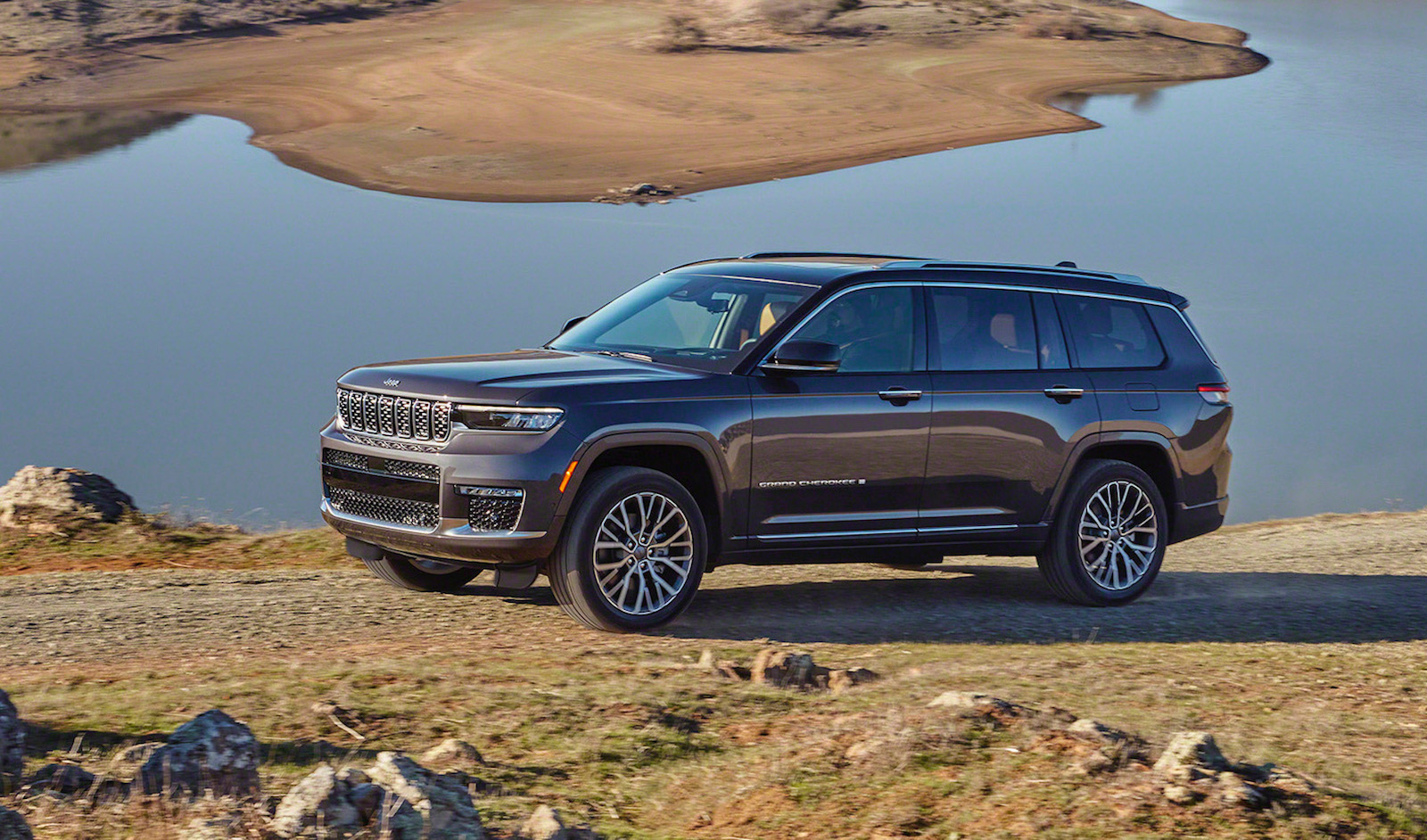 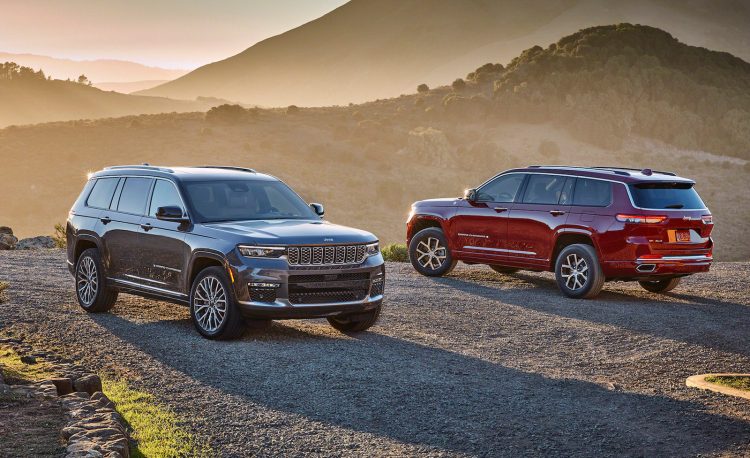 As yesterday’s preview hinted, the new model sports a fresh look not too dissimilar to the Grand Wagoneer concept. A traditional seven-slot grille remains at the front, however, it’s a much wider interpretation, matching new-look LED headlights. The traditional slab-like body continues to provide a dominant stance, while the rear end showcases wider and thinner taillights to match the headlights.

One of the main things you might notice about the design is the sheer size. That’s because the new model is being offered in six- or seven-seat configurations for the first time. Yep, so it can finally compete properly with the popular top guns like the Toyota Prado and Kluger and co. 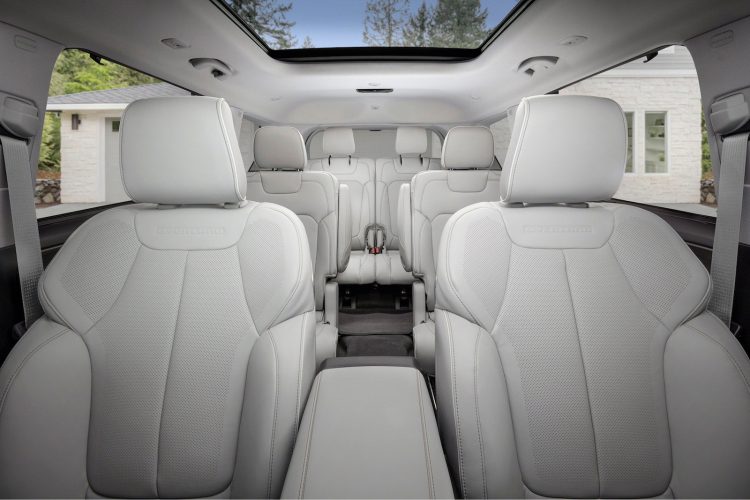 The interior is a huge leap forward, featuring a premium decor and plenty of tech. As standard there’s an 8.4- or 10.1-inch touch-screen media interface on the dash, depending on the variant, with wireless Android Auto and Apple CarPlay, along with customisable home screens and Alexa-based voice command. There’s also 4G LTE Wi-Fi capable of connecting up to eight devices.

For the driver a standard 10.25-inch frameless gauge cluster is presented, with “nearly two dozen” different menus to select from. Some of the highlights include night vision, drowsy driver detection, and active driving assist. Drivers can also configure five different tile displays for quick data. 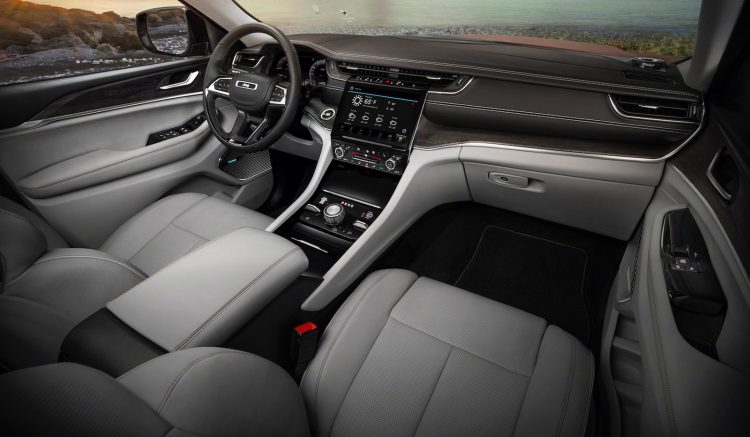 As for the hardware underneath the massive SUV, Jeep will be offering its Pentastar V6 petrol and a 5.7-litre V8. The V6 produces 216kW and 348Nm, while the meaty V8 develops 266kW and 484Nm. Both engines are matched to an eight-speed TorqueFlite automatic transmission, with a four-wheel drive system featuring an automatic front-axle disconnect system to conserve fuel when four-wheel drive is not required.

Depending on the variant, Jeep will be offering its Quadra-Trac I, Quadra-Trac II and Quadra-Drive II 4×4 systems, along with Quadra-Lift air suspension and standard Selec-Terrain traction management. The top 4×4 system includes front and rear limited-slip differentials and a centre diff lock.

Jeep confirms it will be offering over 75 factory-engineered Mopar options and accessories for the Grand Cherokee L, allowing buyers to personalise their vehicle to suit their needs and tastes. Production of the new model will take place at the Mack Assembly Plant in Detroit later in 2021. Australian details are yet to be confirmed, but it is expected to hit local showrooms before the end of the year.