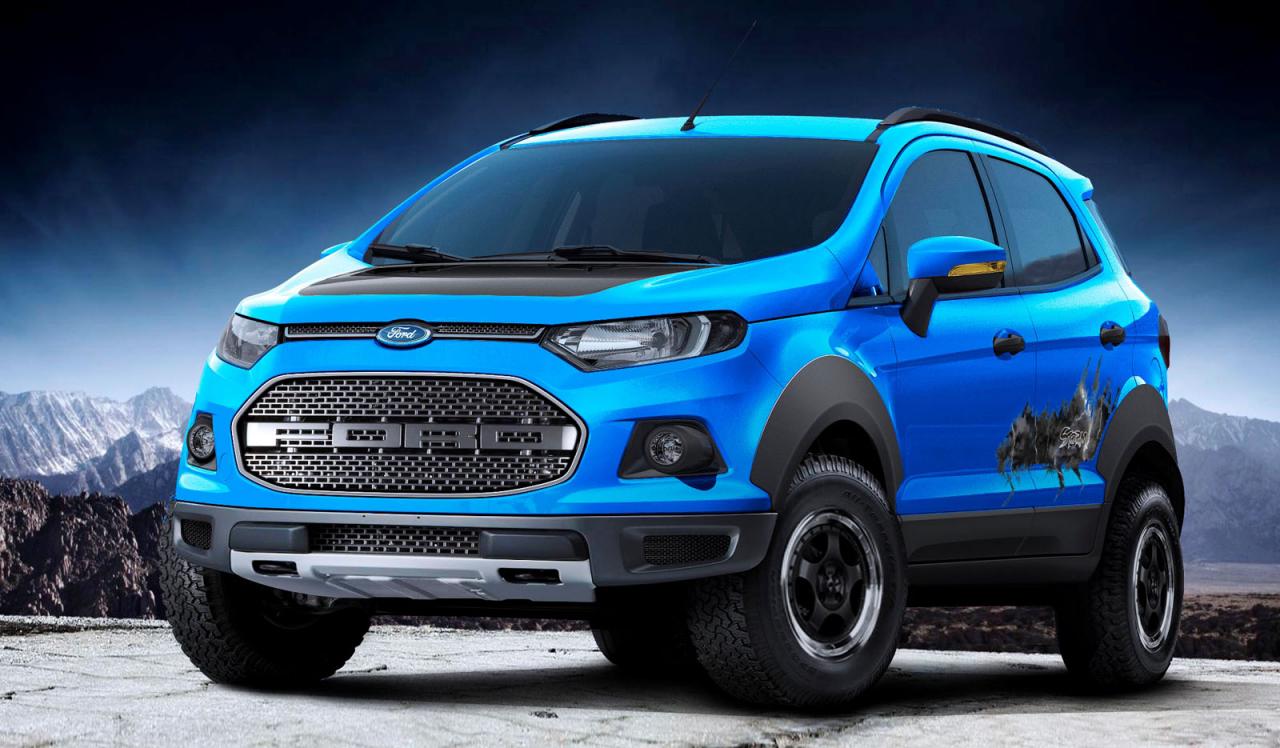 The Ford EcoSport might be the company’s smallest SUV, but it doesn’t mean it can’t have a more serious side. To prove this Ford has developed a handful of concepts for the Sao Paulo Motor Show. 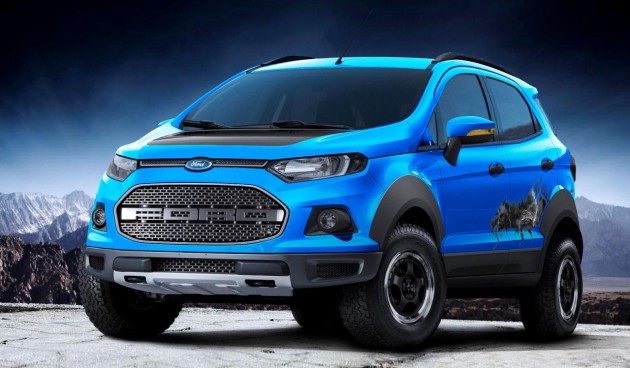 Three different themes are being showcased at the big event, including one called the Beauty concept featuring a Copper Stardust exterior colour, a black roof, and a set of 18-inch alloy wheels – remembering the standard model comes with just 16 inch.

Finally, the third edition, called the EcoSport Beast, comes with a Speed White exterior. To give the cute SUV a tough look, Ford has fitted up a special vented bonnet, more aggressive side skirts, and a set of 18-inch alloy wheels. There’s also some LED fog lights and a bike rack instead of rear seats.

Even though these concepts are not likely to go into production any time soon, they do show the EcoSport’s customisation potential. Some accessories may soon become available via Ford dealers in some regions.

So far this year Ford Australia has sold 1532 examples of the EcoSport, giving it 2.6 per cent market share. During September it was outsold by its nearest rival, the Holden Trax; 436 vs 171 sales. Head over to our EcoSport review and video for more details.