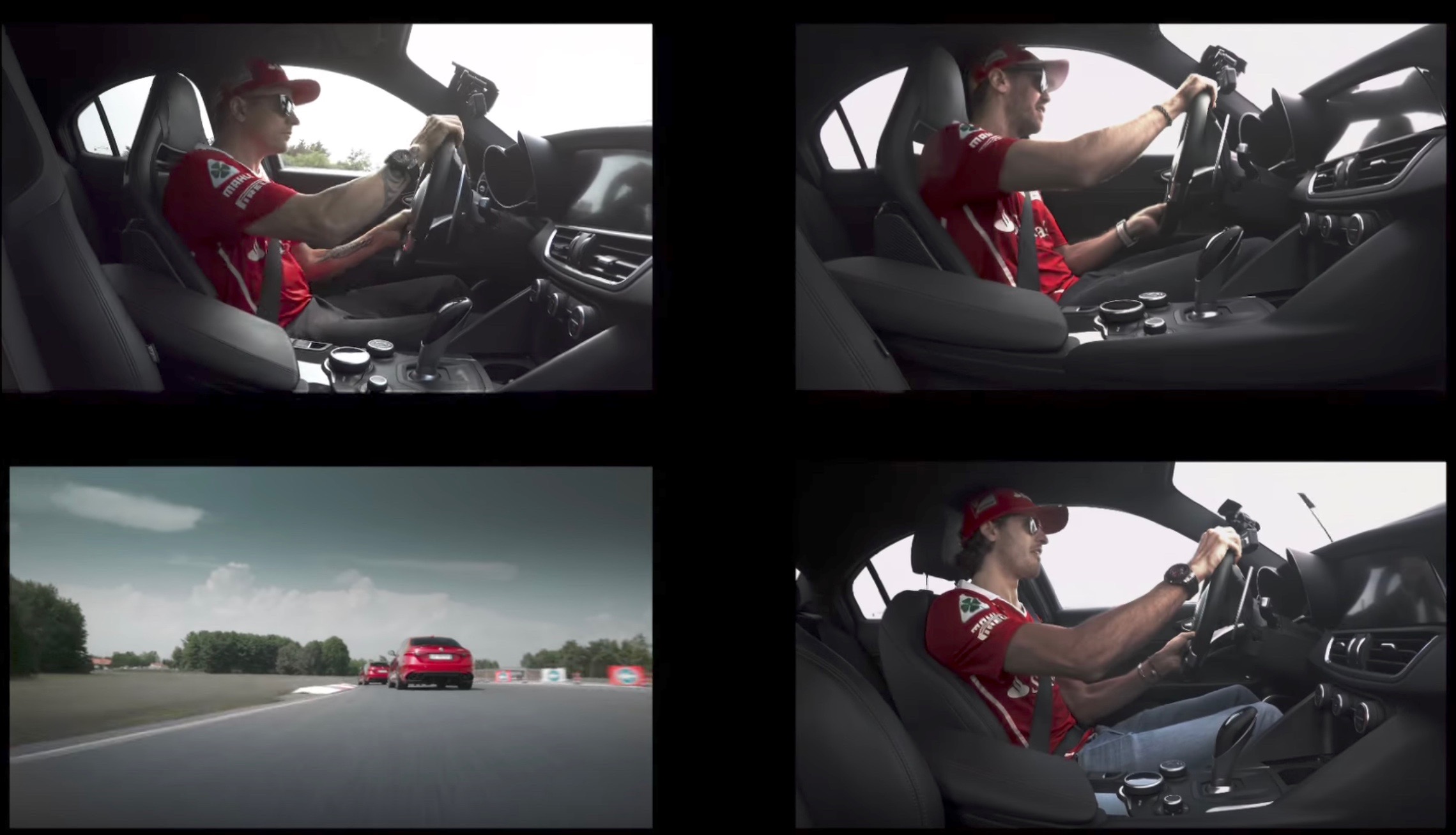 To give the Alfa Romeo Giulia QV some much-needed publicity, Fiat Chrysler Automobiles has put together an easy marketing video using its Formula 1 drivers from the Ferrari team. 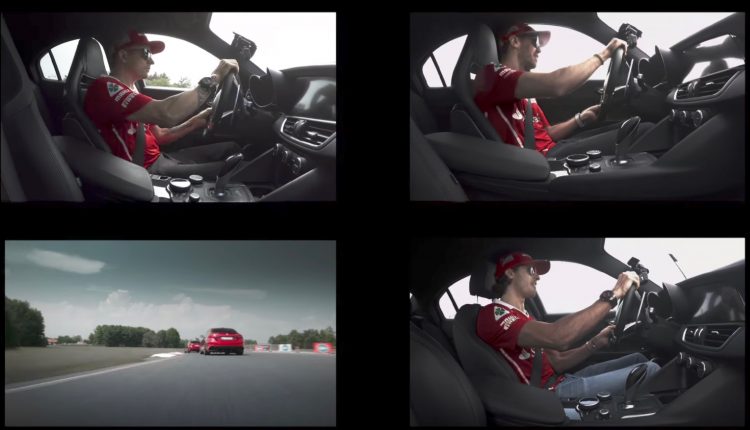 Specifically, Alfa Romeo had four-time world champion Sebastian Vettel, world champion Kimi Raikkonen, and reserve driver Antonio Giovinazzi take the QV for a hot lap out on the company’s proving ground in Barocco, Italy, to see how they liked it.

As we know, the Giulia QV has posted the quickest-ever lap around the Nurburgring for a production sedan, setting a blistering time of 7:32. It was able to do this thanks to a 2.9-litre twin-turbo V6 engine that develops a class-leading 375kW of power.

Since its introduction last year, the Giulia hasn’t really made a significant impact on the Australian market. As of August, the sales tally has hit 405 units for the year, which is well below the main rivals. For example, the Mercedes C-Class is at 5643 sales, while the rivals from BMW and Audi are hovering around the 1700 mark.

The video has certainly proved to be a great marketing exercise, racking up over six million views (at time of writing) for the brand and the car. Do they look like they had fun? Well, as emotional as F1 drivers usually are (n’t), there are a few smirks and some evidence of enjoyment in their faces.

In an add that finishes with “Emotion Always Wins”, it seems kind of ironic to use F1 drivers to convey this. Check it out below.