Images of the new 2013 Skoda Octavia have surfaced online, showing the new model in all its glory – without camouflage – for the very first time. It’s understood the vehicles in the photos were being used to shoot a commercial. 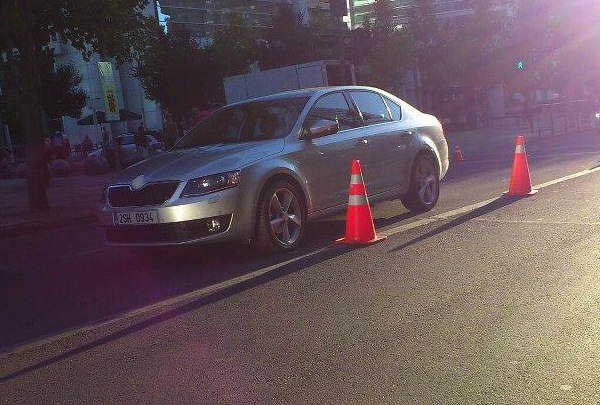 The new Octavia will ride on Volkswagen Group’s latest ‘MQB’ platform, which also underpins the new Audi A3 and the new Volkswagen Golf Mk7. Using the platform, the new model is set to be lighter in weight compared with the current model but also slightly larger.

As you can see in these images, the new model will be sharper and neater than the current version. However, traditional aspects of the company’s design philosophy can be seen in some areas, such as the front grille, staying true to its DNA.

Power is expected to come from a very similar engine lineup as seen in the new Volkswagen Golf Mk7. This includes turbo-petrol and turbo-diesel units, with power outputs potentially topping out at around 164kW for a 2.0-litre TFSI vRS sports variant.

All is expected to be revealed later this month. In the meantime, take a look at the video below for an interesting preview of the new model as described by the company’s designer.