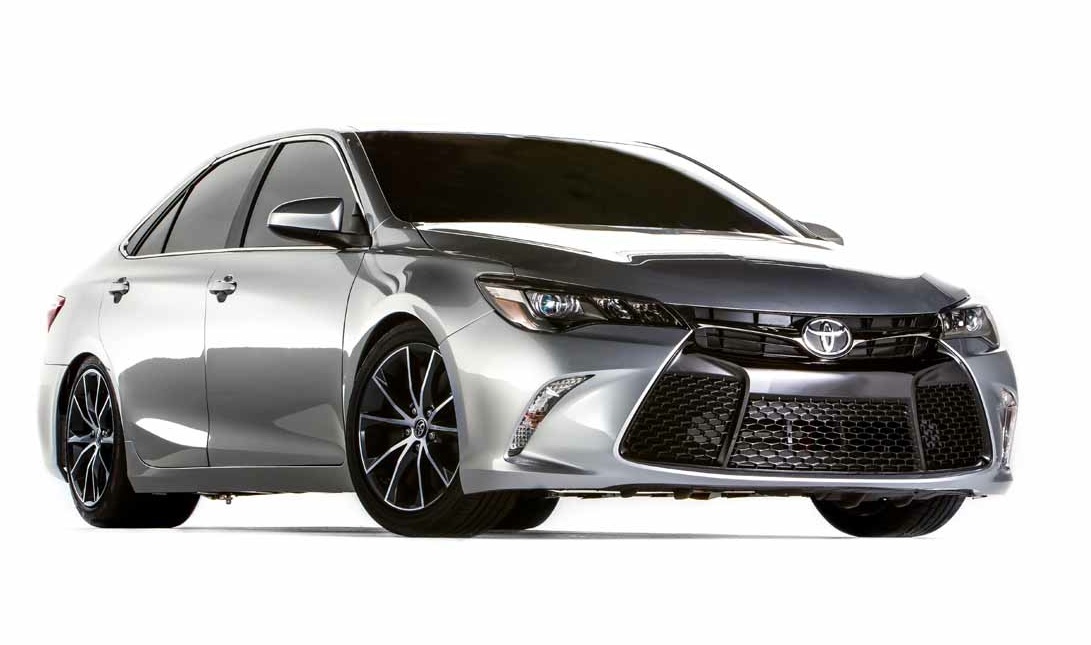 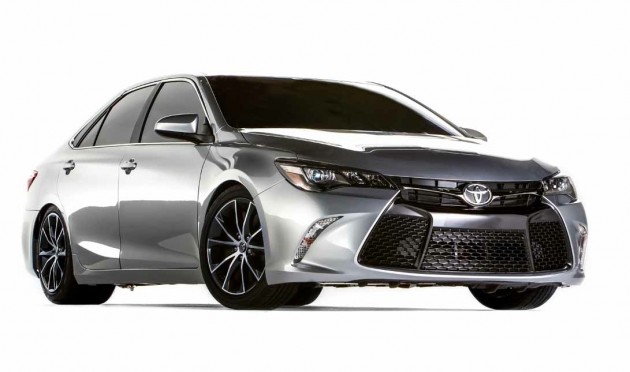 And we mean fully blown. It might not look like it but under that rather innocent-looking body is a 5.7-litre supercharged V8 taken from the US Tundra pickup truck. The unit is modified with custom pistons and uses nitrous to produce 634kW of power.

You see, the body is a bespoke one-piece skin which lifts up to reveal the dragster-like tube chassis arrangement underneath. There’s no longer five seats. Now there is just the single racing bucket and racing cockpit.

At the back the Camry uses a heavy-duty live axle rear suspension setup with 18-inch alloy wheels wearing huge 335/30 tyres on the back to maximise traction. Underneath also houses a custom MagnaFlow exhaust system.

About the only thing that is standard, or at least standing-looking, is the body shape, some of the interior door panels, and minor trimmings. The rest of it has been built with one purpose in mind; to carve up the drag strip. Toyota predicts a quarter mile time of around 9.8 seconds. 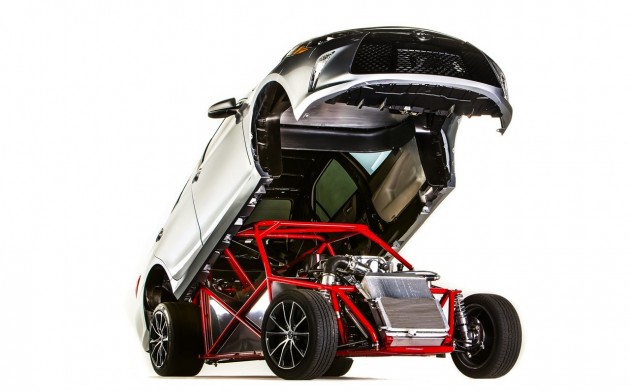 You would have to admit this is one of the best Camry sleepers around. It is cool that Toyota has built this crazy conversion in-house, showing it does have a creative side. It makes its debut at the SEMA Show starting today.