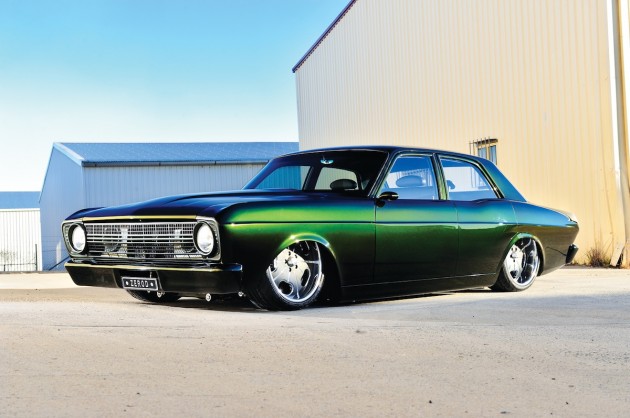 The mighty engine, used in various large utes and trucks in the US, is not only powerful it’s also fuel efficient for the amount of power it offers. The owner has used the engine to reduce the street machine’s environmental impact, and carbon footprint. It has even been dubbed ‘the world’s first eco-friendly muscle car’.

Is it still a street machine though? Well, we’ll let you be the judge of that. The turbo-diesel V8 produces 450kW of power and 1000N of torque, and has been tuned to run on B20 (20 per cent bio and 80 per cent petrol). No acceleration or quarter mile times have been mentioned, but with 600hp on tap, we’re sure it would go like stink. 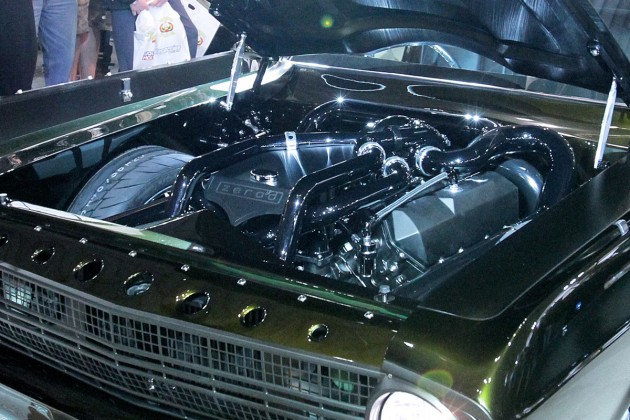 In terms of its degree of ‘green’ initiatives, ZERO’D features 20- x 8-inch front and 20- x 10-inch rear chrome alloy wheels that are wrapped in Federal ‘eco’ tyres. The battery system is also charged using solar panels, while some of the panels on the bodywork are made from recycled materials.

It’s a fresh approach for a muscle car, and a theme that may become more and more popular as fuel prices continue to rise – maybe Ford Australia should take a leaf from this show car’s book?

It took owner Mick Fabar just seven months to build the project, after 11 months of planning. He recently said,

“I wanted to create a street machine that had ideally a zero effect on the environment in its design, construction and when being driven.

“I’d been looking into the future and trying to figure out what kind of car my son would be building when he was 16 … The challenge sort of evolved from there.

“I did some research into biodiesel fuels and figured we should put that into a car and see what horsepower we could get. It really didn’t cost anymore to build this car; it just required applying some basic principles.”

The green street machine will be on display at the Aussie Motor Show in Sydney, which runs from October 18 until October 28. We look forward to providing plenty of coverage live from the show.