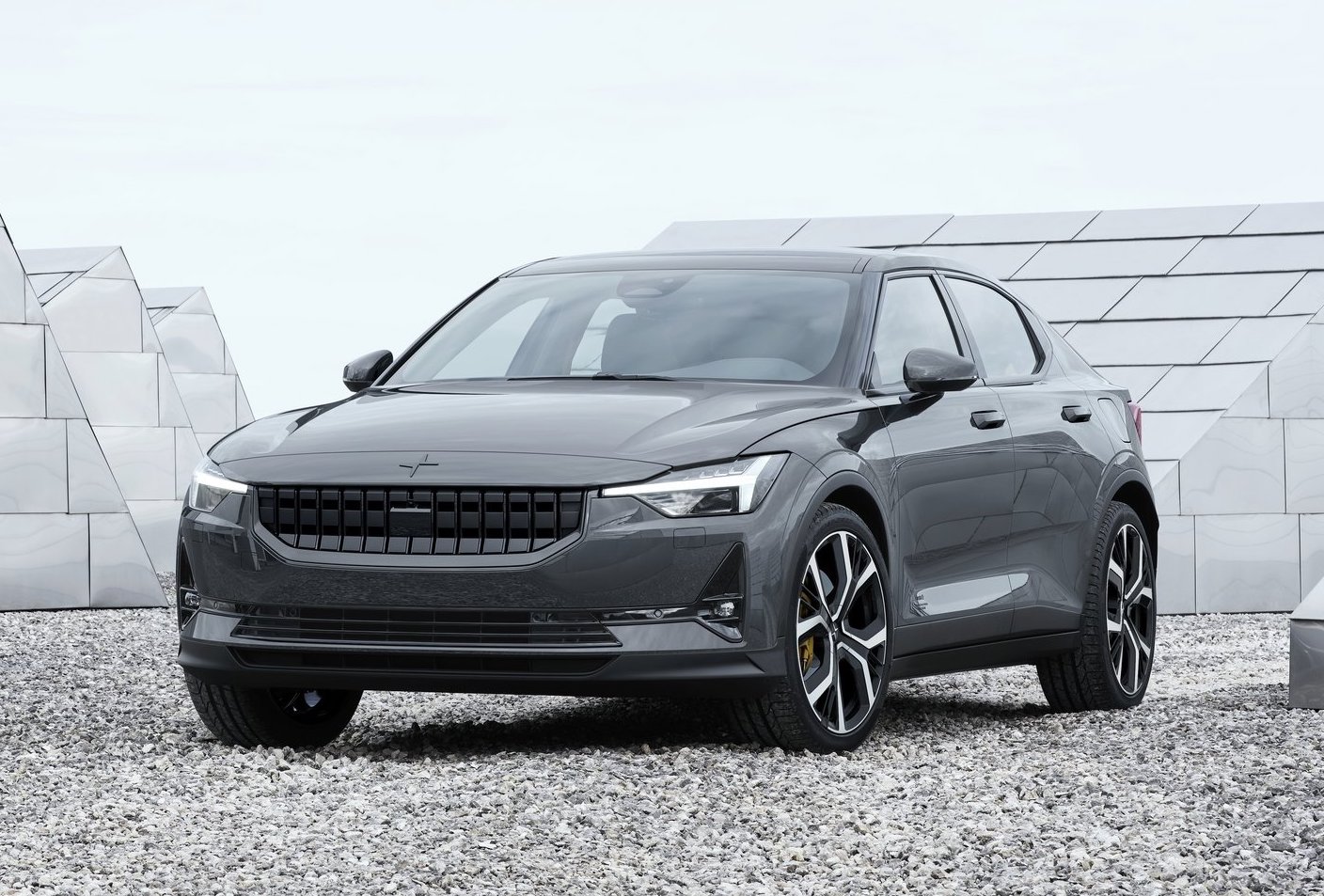 Volvo’s electrified sub-brand and subsidiary of Geely, Polestar, has confirmed some very competitive price tags for the Polestar 2 in Australia, which is scheduled to arrive locally early next year. 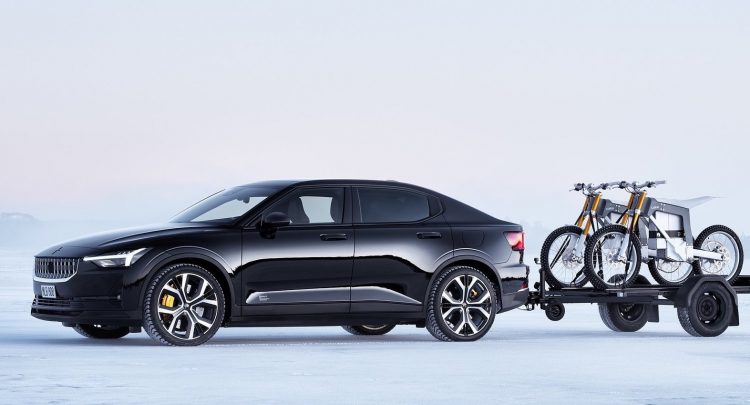 In a world where electric vehicles are usually quite expensive compared with their petrol-powered brothers and sisters, the new Polestar prices look very attractive indeed. The entry model starting price is $59,900 (MSRP). That equals the Tesla Model 3 starting price exactly, and undercuts the Hyundai IONIQ 5 (from $71,900), and likely the Genesis GV60. 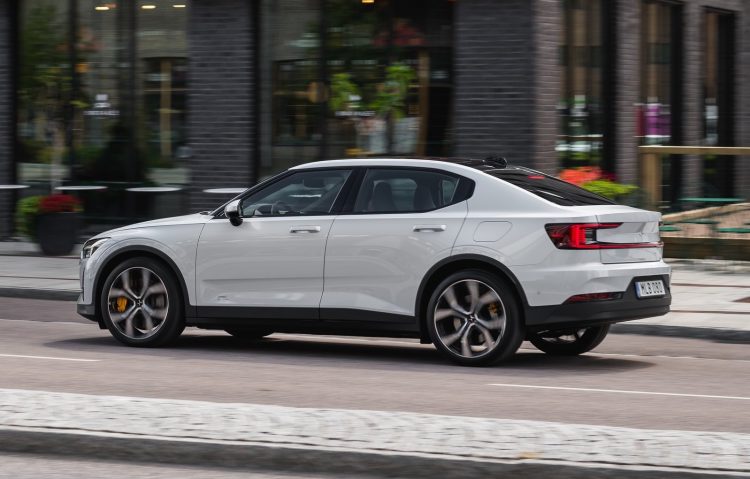 For that, buyers get the entry 64kWh battery, sending power to a single motor (front axle) that is capable of producing 165kW and 330Nm. Accelerating across 0-100km/h takes a claimed 7.4 seconds, while the full charge range is 440km (WLTP).

Moving up to the Long Range single motor, which starts from $64,900, it’s basically the same as the variant above only the battery is swapped out for a bigger 78kWh unit. Motor power is slightly up, at 170kW, and the 0-100km/h time is the same. However, the range figure is an impressive 540km. 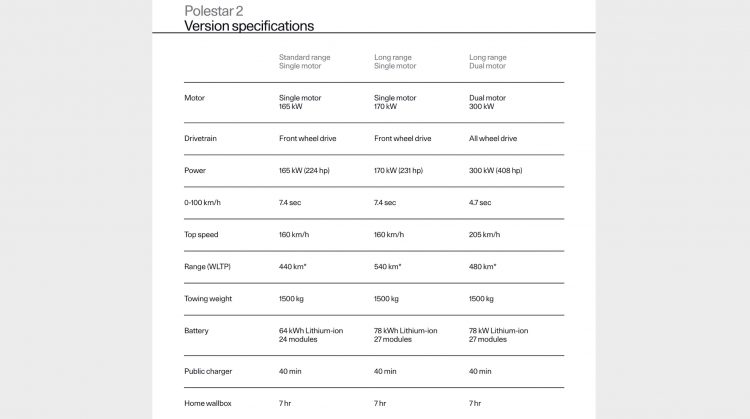 At the top the Long Range dual motor version starts from $69,900. Even that price is quite attractive for a flagship model, well undercutting the Tesla Model 3 Performance, which starts from $86,472. It even undercuts the entry IONIQ 5.

The flagship model here uses a 78kWh battery, offering a range of 480km. The dual motors also develop a combined output of 300kW and 660Nm, which is enough to see 0-100km/h done and dusted in just 4.7 seconds. 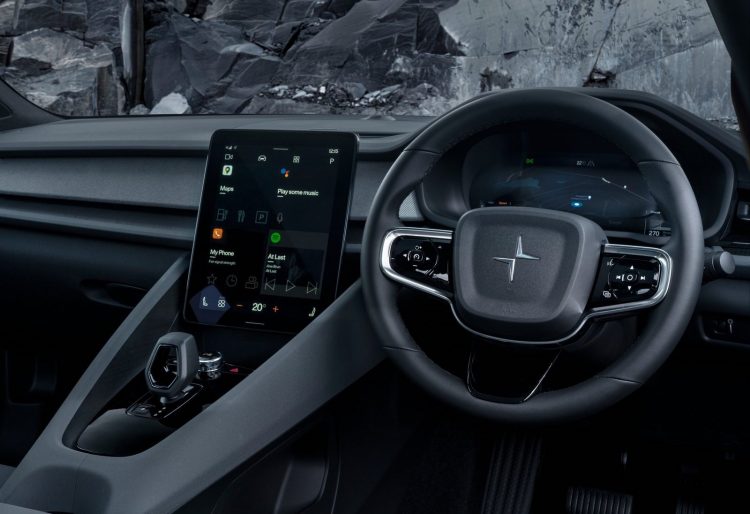 Local buyers will also be offered three different option packs, including Pilot Pack, Plus Pack, and Performance Pack. The Pilot Pack brings in a suite of very advanced driver assist technologies, while the Plus Pack adds premium equipment and features, such as a 13-speaker sound system, heated rear seats, and black ash trimmings.

The Performance Pack is available only on the flagship variant and includes adjustable Ohlins dampers, Brembo brakes, and a set of 20-inch forged alloy wheels, along with a variety of ‘Swedish gold’ details throughout. 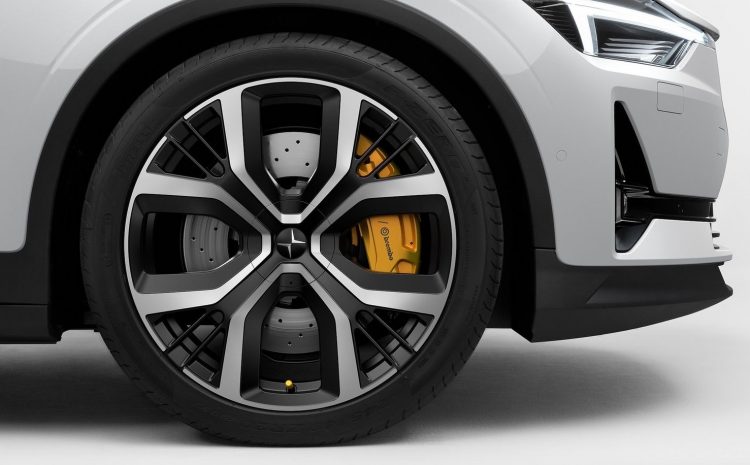 The Polestar 2 officially goes on sale in Australia in January, 2022, which is a bit behind what the company originally planned for; November. However, we suspect COVID’s ugly head popped in and caused some delays here. See below for the starting prices (excludes on-road costs):