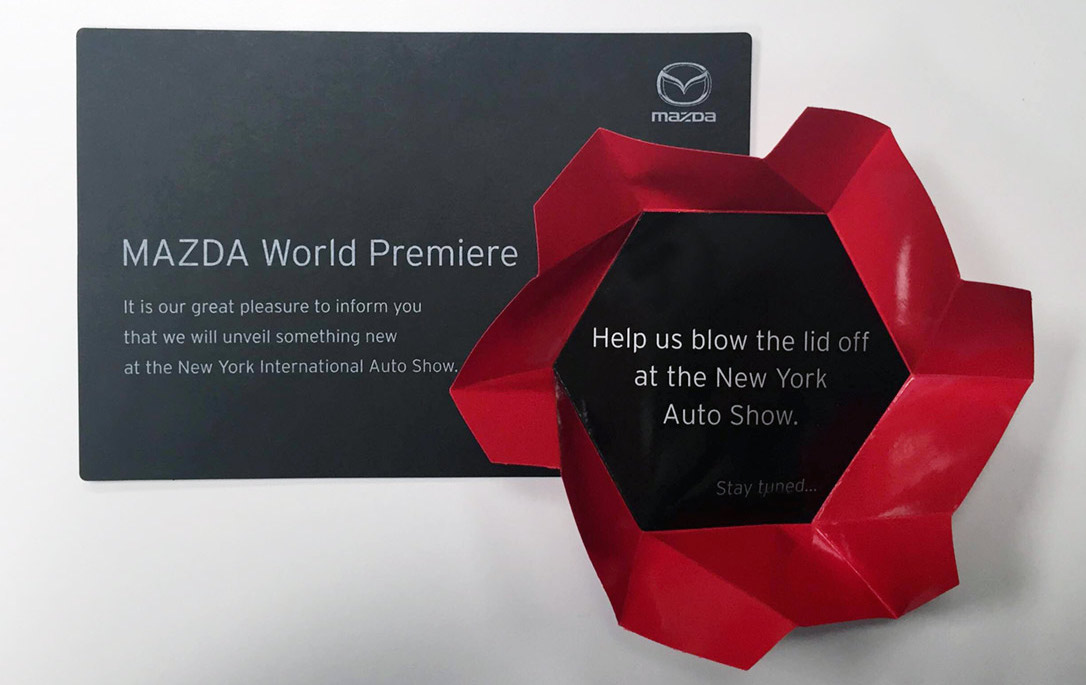 Mazda will be unveiling a “world premiere” at the upcoming New York Auto Show, with all clues pointing to a brand-new MX-5 Roadster Coupe. 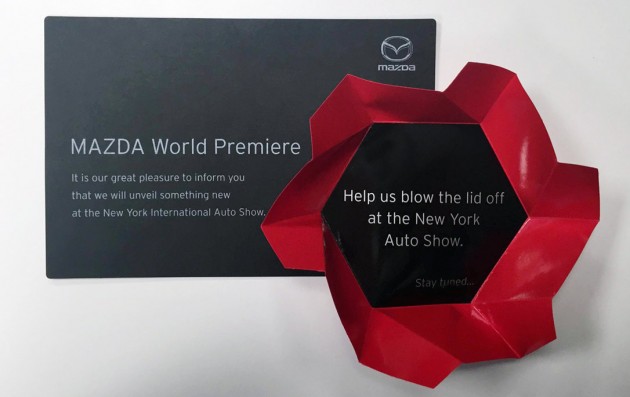 The new MX-5 has been a major success all around the world, receiving a number of awards for its driving enjoyment and chassis balance, design, and frugal engine options. Mazda has just sent out an invitation to the New York show, confirming there will be a global debut that will “blow the lid off”.

Industry reports suggest Mazda is set to expand on the car’s success with a hardtop coupe version, using a lightweight hardtop folding roof. It’s believed the new roof will allow for more cargo space compared with the previous hardtop model thanks to a clever new roof mechanism.

Mazda engineers have apparently been working hard to keep weight as low as possible for the new roof. In its current 2.0L form the softtop version offers a tare mass of just 1005kg. The hardtop is likely to add no more than 50kg.

It’s unknown at this stage if the hardtop version will be offered with both the current 1.5-litre and 2.0-litre engines, or just one. Both present a fun, high-revving driving personality, with either sure to keep enthusiasts happy.

All will be revealed at the New York event which opens its doors on March  23. Stay tuned.