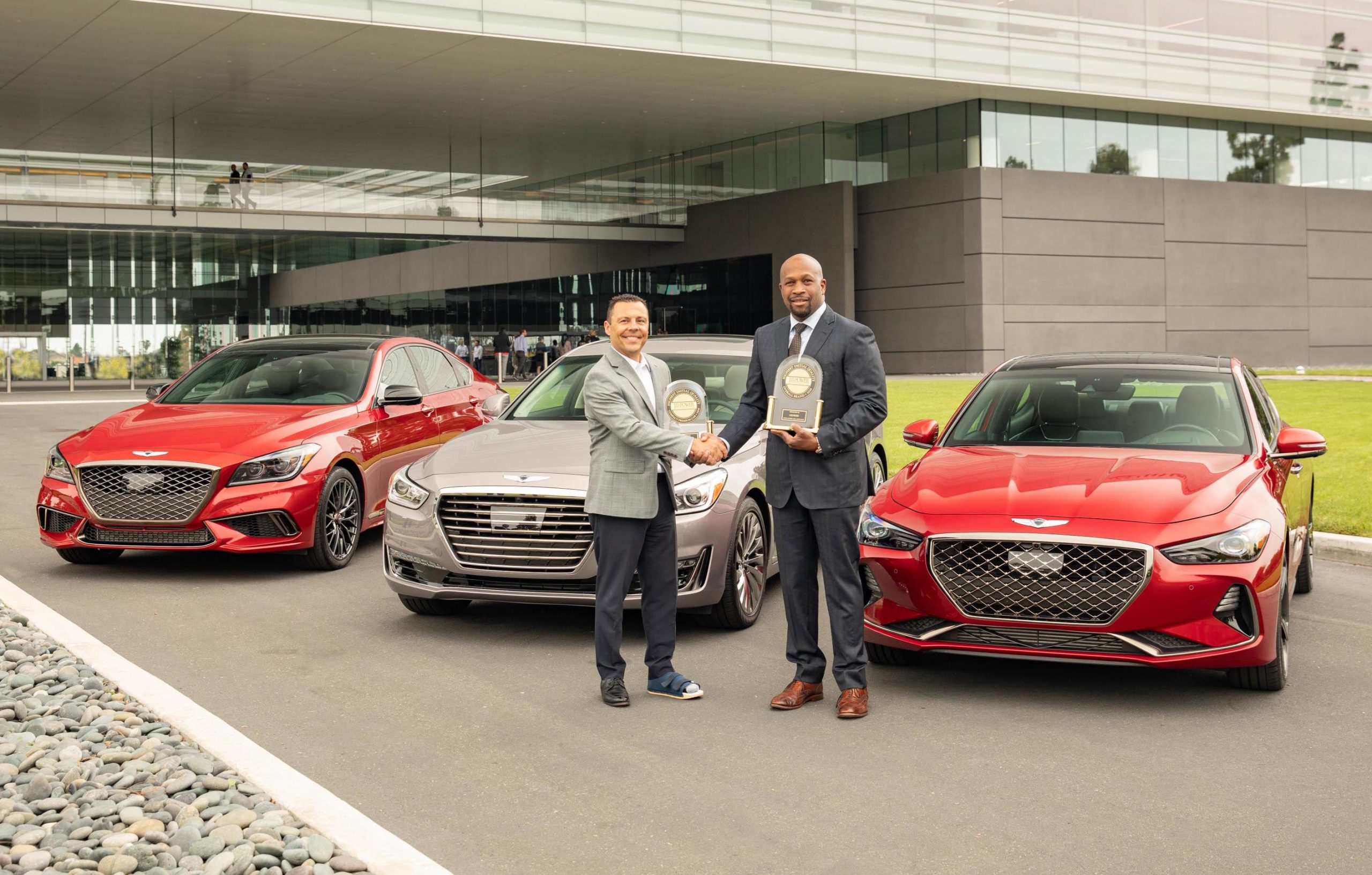 Genesis has topped the 2019 JD Power Initial Quality Study for a second year running, while the lower end is made up of some familiar faces. Interestingly, the top three were made up of Hyundai Motor Group brands. 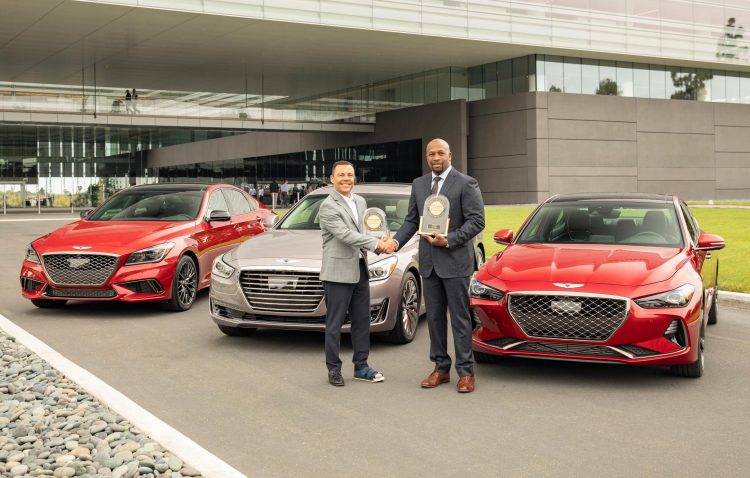 The study this year was based on responses from 76,256 owners who purchased or leased a 2019 model year vehicle, with feedback provided after 90 days of ownership. Scores were then compiled on a ‘Problems Per 100 vehicles’ basis. For example, Genesis scored the best, with 63 PP100 – 63 problems per 100 vehicles.

Coming in second place was Kia with a score of 70 PP100, and then Hyundai with 71 PP100. This is the fifth consecutive year where Kia has been the highest-ranked mainstream brand. Manfred Fitzgerald, executive vice president and global head of the Genesis Brand, said:

“We are extremely thrilled to be recognised for highest quality by JD Power for two consecutive years – particularly considering we are a relatively young brand. This is a testament toward our promise to deliver the most desirable products for our customers. We will continue to hold our products, brand and customer experience to the highest standard in all facets.”

At the other end of the rankings, Jaguar scored 130 PP100, with sister brand Land Rover just in front with 123 PP100. Alfa Romeo, which has only recently been reintroduced in the US, scored fourth from the bottom. Interestingly, Mitsubishi was the lowest-scoring Japanese brand, sitting in third from the bottom.

JD Power highlights that Land Rover is the most improved brand, which is a good sign for the British brand. It usually scores pretty low in these surveys unfortunately, but it has jumped from 160 PP100 in 2018. Jaguar also improved significantly, moving from 148 PP100 in 2018.

Lexus and Toyota usually score quite highly in these big customer surveys, but they sit in equal eighth with a score of 90 PP100. This is just ahead of the industry average of 93 PP100. 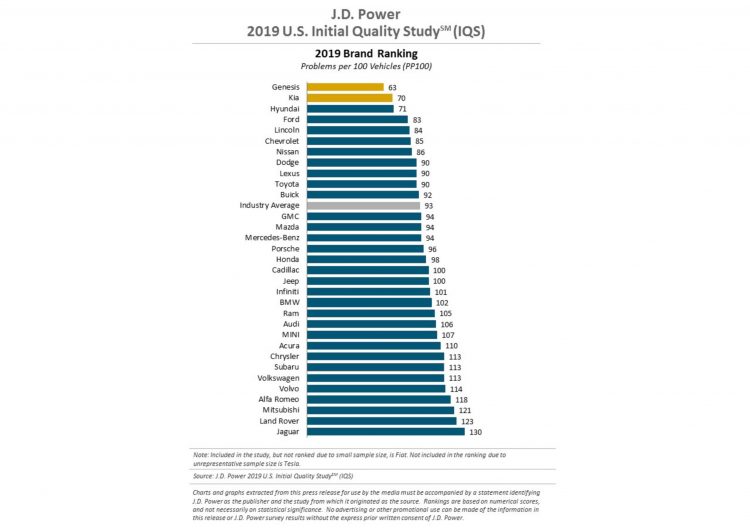