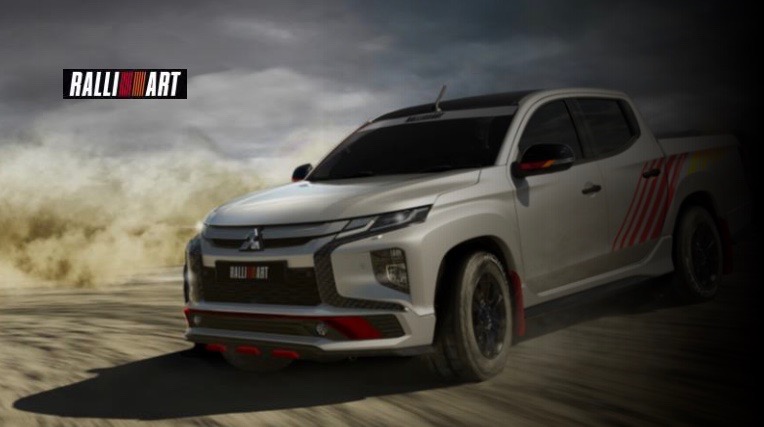 Mitsubishi has confirmed it is reviving its legendary Ralliart performance sub-brand, and it looks like there could be a special Triton Ralliart edition in the works. 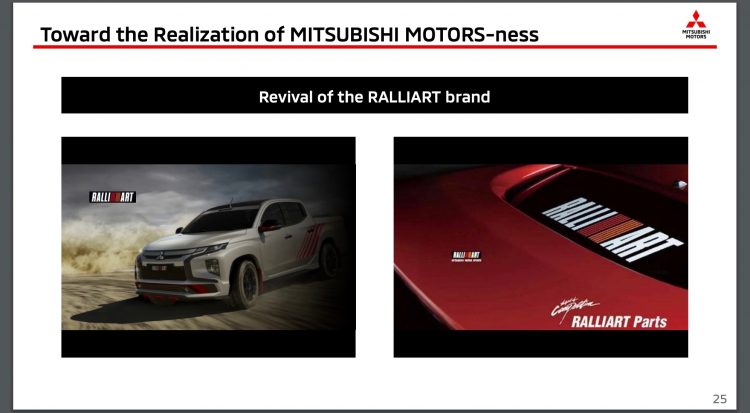 Unfortunately, the exact extent of the structure, capacity, and general hopes and dreams of the resurrected brand haven’t been outlined. Mitsubishi simply listed the news in its recent financial results report, under a “Toward the Realisation of Mitsubishi Motors-ness” banner.

The ‘Mitsubishi Motor-ness’ is a pitch to literally bring back the ‘Mitsubishi-ness’ in its future vehicles. What is Mitsubishi-ness? We’re not sure. But the revival of Ralliart certainly seems like a good start in our books. Mitsubishi hasn’t sold a Ralliart model in Australia since the old Lancer Ralliart, last seen in showrooms in 2015.

Judging by the ‘teaser’ images – although we’re not even sure if they are directly reflecting products of the future – it looks like buyers will soon be able to option Ralliart parts, at least for some models. This would be a good move as many other car brands currently offer this. The sub-brand might also cover new motorsport endeavours. 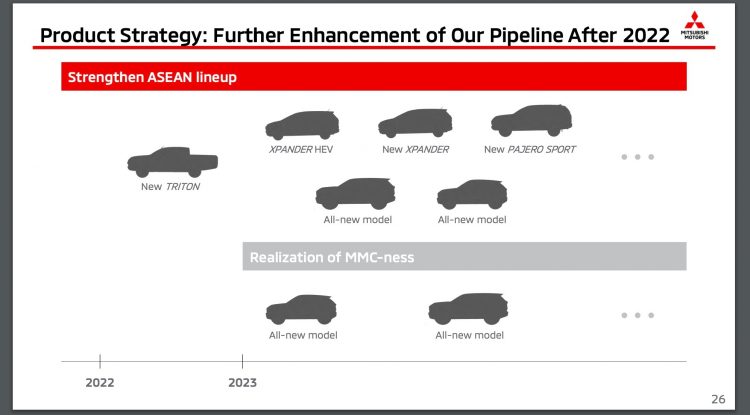 Also in the report Mitsubishi reconfirms the next-generation Triton will arrive some time in 2022 and before 2023, as previously reported. The new ute will likely share plenty of components and its platform with the next-gen Nissan Navara, as part of the, deep breath, Renault-Nissan-Mitsubishi Alliance.

It’s expected the new model will feature some kind of electrification technology, whether it be mild-hybrid or full hybrid. This would be a great time to introduce such technology as the new model is set to be underpinned by an all-new platform. At the moment the current model is still riding on the old platform from the previous-gen model.

Whether this Ralliart version previewed here will be based on the new model is yet to be known. Mitsubishi could be posting this image purely for illustration purposes and to spike interest. We’ll have to wait and see how this unravels, but, with a bit of luck we could soon Mitsubishi’s answer to vehicles such as the HiLux Rugged X, Ford Ranger Raptor, and Navara PRO-4X.