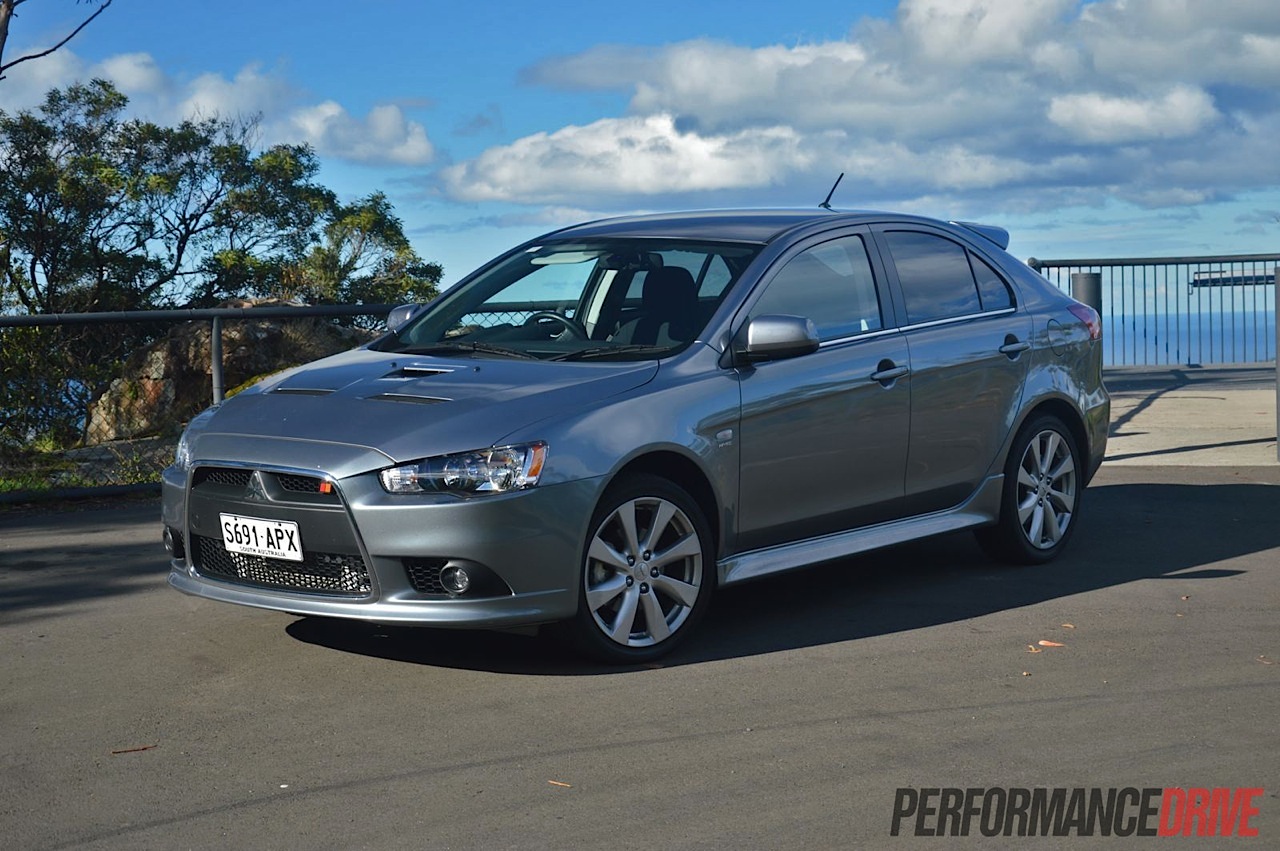 The 2013 Mitsubishi Lancer Ralliart Sportback sits in the market with very little competition, in terms of offering both outright speed and practicality. It’s such a quick and capable car yet, on the face of it, it looks rather boring. Could this be the ultimate sub-$45k sleeper? 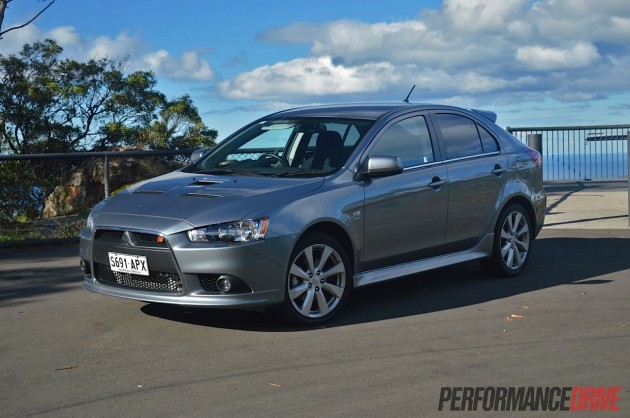 Mitsubishi first introduced the Ralliart Lancer in Australia back in 2008. It came into the market as something quite unique, as it was, and still is, a genuine family car that’s also properly fast with almost none of the drawbacks or side effects that usually come with a performance car.

It’s all based on the famous Lancer Evolution, Evolution X to be specific. The underpinnings, including the twin-clutch auto transmission and the engine, are pretty much identical.

Some slight revisions are made to the engine which ‘detune’ specifications to help improve reliability and to keep it below the performance threshold of its bigger brother. The 2.0-litre turbocharged four-cylinder MIVEC unit produces 177kW and 343Nm (down from 217kW and 366Nm in the Lancer Evolution X)

For the 2013 model, Mitsubishi hasn’t changed much on the car. The running gear is the same and the interior is the same, however, it does come with a comprehensive multimedia touch-screen interface as standard – a previously optional feature.

Mitsubishi has just announced the 2014 model update which is only available as a sedan. Now would be the perfect time to snap up a run-out bargain of the Sportback version. 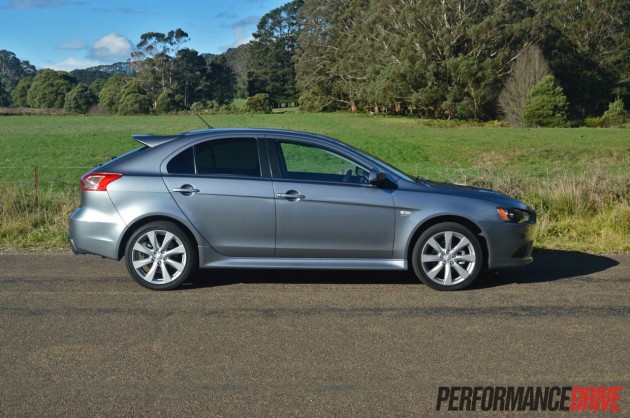 Let’s be honest here, the interior of the Ralliart is fairly boring. There’s no big sports bucket seats, no racing stripes over the dash, and no multi-tone trim. This is, again, left to the Evo’s domain, so instead the Ralliart comes with a similar interior as featured in the Lancer VRX.

The main attraction to the dash is a 6.1-inch multimedia touch-screen which combines satellite navigation and 3D maps, multi-format media support, and a kicking nine-speaker Rockford Fosgate stereo system including a sub-woofer in the boot. It’s a great system with plenty of oomph. (The 2014 sedan comes with an updated 7.0-inch screen.)

The rest of the decor is somewhat sporty, with moderately bolstered sports seats that are perhaps most focused on providing comfort rather than lateral support. There’s lots of front headroom and legroom, just like the regular Lancer variants, and the driver is presented with the same three-spoke sports steering wheel as the one featured in the Evo. It comes with big stationary paddle shifters.

In the back, rear occupants are treated to a flip-down centre armrest and cup holders, as well as ample head and legroom for this segment. It provides seating for three across the back, making it an authentic family vehicle.

Mitsubishi decided to cut the Ralliart Sportback for the 2014 model, which we think is a bit of a shame. Offering 344 litres of cargo space makes it all the more appealing, especially from a practical everyday perspective. There’s heaps of space back there for a weekend away, even with the sub-woofer nestled in the corner. Capacity is considerably less than what you get in its main rival, the Subaru WRX hatch, which offers 538 litres.

Okay, so although the Ralliart Sportback is very practical and user-friendly, and somewhat boring in certain areas, what’s underneath is what will interest your inner-enthusiast the most.

The turbocharged and intercooled MIVEC engine is pulled straight from the Evo X. It is detuned, yes, but it still presents the same bullet-proof rally-inspired philosophy. It’s connected up to a super quick twin-clutch auto transmission and a complex all-wheel drive system with an active centre diff and a limited-slip diff at the back.

The centre diff offers three driving modes, like the Evo, with Snow, Tarmac, and Gravel settings all aimed at maximising performance and traction, and driver engagement. 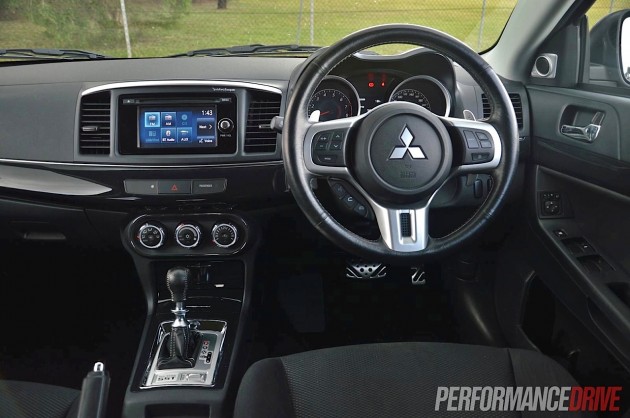 Just looking at the exterior it’s hard to believe this car can be so fast and so capable through a section of mountain road. The Evo underpinnings translate into awesome grip, sharp turn-in, and cracking pace when escaping corners.

The steering is quite sharp and very communicative. The hard, small sports steering wheel is the ideal size for keen drivers, allowing you to feel at one with the car and in complete control; it’s confidence inspiring.

Some sports cars feature wheel-mounted shift paddles that turn with you, while others, such as some race cars and this Ralliart, the paddles remain stationary on the steering column. For dirt/rally driving, this is ideal as you’re constantly shuffling the wheel and often have your hands placed at different areas. Knowing the shifters are at the one place all the time ensures you never miss a moment to slot home the appropriate gear.

Traction is unquestionably fixed on the tarmac. There isn’t a moment of wheelspin during hard acceleration, even around corners. Instead, it hooks up and catapults you forward. You can shift the weight around and get a bit of opposite lock going if you really provoke it, but it doesn’t last long.

The complex all-wheel drive system, including the active centre diff, is perhaps the best system you’ll find in this segment. It’s very intuitive and has a knack for knowing what you’re trying to do. We found the ‘gravel’ centre diff setting to be the most playful, even on the tarmac, while the ‘tarmac’ setting is perfect for ultimate lap-time-style driving.

As for the engine performance, there is a little bit of turbo-lag upon initial take off and during lower revs. Mid-range pull is not always there either, unless you’re in the right gear at the right time. From there, the engine screams its way to redline angrily and quickly. It’s not the most pleasant engine note, unfortunately. It gives off a noisy thrum. This could be fixed with a mild sports exhaust setup or something as simple as an aftermarket muffler.

The main letdowns for the Ralliart for us, in terms of the driving experience, are the fuel economy (we averaged around 12.5L/100km), the brakes which don’t seem well-matched to the performance of the engine, and the twin-clutch transmission.

These types of automated manual dual-clutch gearboxes need further refinement in our view, with frustrating hesitations and slack making slow speed, dense-traffic conditions far from smooth. That said, some dual-clutch transmissions from other manufacturers are worse; Mitsubishi’s version is one of the better systems. A manual transmission is not an option. 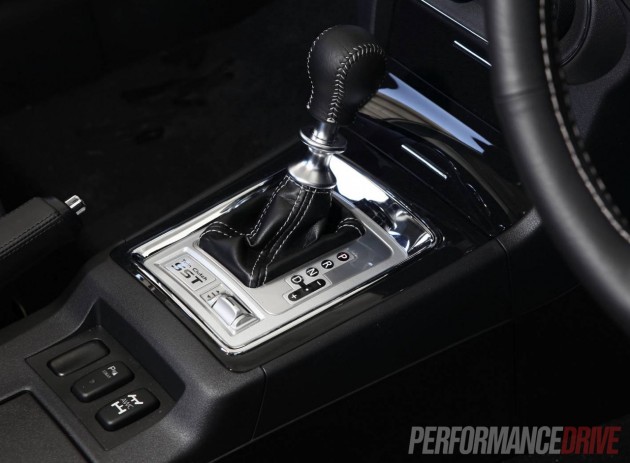 As we mentioned at the beginning, it’s a shame Mitsubishi is discontinuing the Ralliart Sportback. It’s the only seriously dedicated all-wheel drive driver’s car in the hot hatch segment that’s also extremely practical and accommodating. The only car that comes close is of course the Subaru WRX hatch, however, it isn’t available with an automatic transmission.

If you’re after a properly quick hot hatch that won’t break the bank, the Ralliart proposition is one that is worth looking into. With Mitsubishi’s class-leading five-year warranty, this level of piece of mind is very rare, particularly in this segment.

CONS:
– Noisy engine
– Could do with more mid-range torque
– Fuel economy is horrendous if you’re a leadfoot
– Brakes aren’t up to the performance of the powertrain 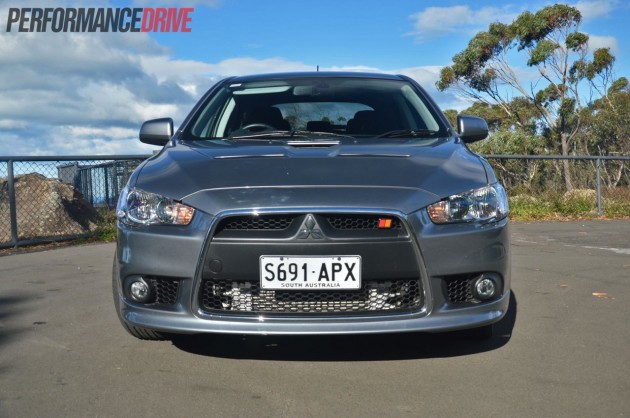