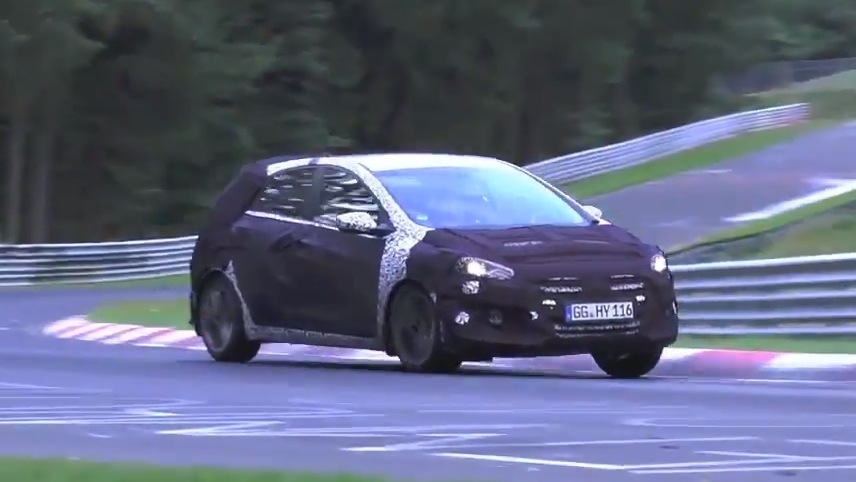 Hyundai has been spotted test driving a prototype version of the 2015 i30 at the Nurburgring in Germany, wearing lots of camouflage and padding. The model update is set to receive new turbo-petrol engine options and some styling tweaks. 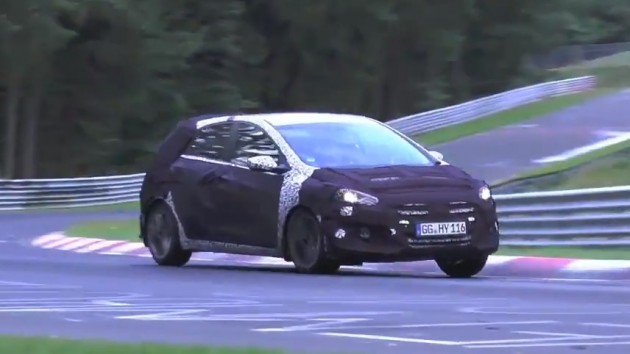 The Korean company revealed a new 1.4-litre ‘Kappa’ T-GDI direct injected turbo engine at the 2014 Paris Motor Show, using an i30 ‘CNG’ concept car to showcase the unit. It’s believed this engine will find its way into the 2015 i30.

Using a high-pressure single-scroll turbo, it develops 86kW of power and 206Nm of torque running on LPG. However, with petrol it’s expected to produce something like 103kW and 250Nm. This would make it as powerful as the current 103kW/166Nm 1.6-litre non-turbo, only with lots more torque.

Engineers have worked on keeping weight to a minimum with the new motor, resulting in a mass of 87kg, which is 14kg lighter than the outgoing 1.4 ‘Gamma’ engine.

Also on the cards for the update is a fresh 1.0-litre Kappa T-GDI three-cylinder unit. The tiny unit produces 88kW of power and 172Nm of torque. For comparison, the award-winning Ford 1.0-litre EcoBoost produces 92kW and 170Nm.

With these new engines Hyundai will be looking to swipe more sales from the likes of the Volkswagen Golf. In Europe, extremely economical small-capacity engines are very popular, which is where the 1.0L i30 will likely be sold.

It’s understood Hyundai is looking to reduce its emissions and improve economy by around 10 per cent. To help meet the goal the company will also introduce a new seven-speed dual-clutch auto for the i30, ready to replace the conventional six-speed auto currently being used. 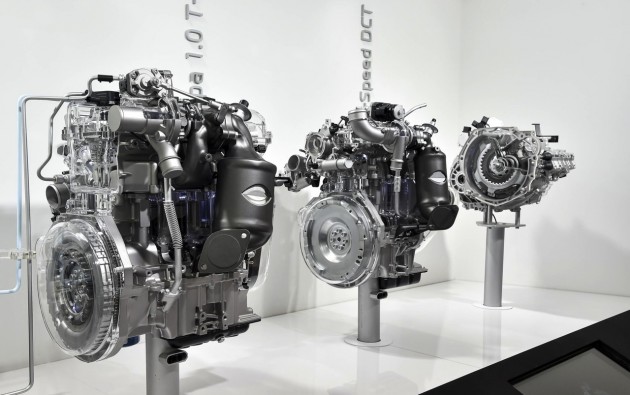 Aside from the significant powertrain changes, at least for versions destined for international markets, the 2015 i30 will showcase a mild design facelift. We can expect new bumper bars and headlights, a sharp new grille, and some minor trimming revisions to give the popular hatch a modern look.

Hyundai Australia is yet to announce specifics for the new model, however, more details are set to be announced a bit later in the year. In the meantime, click play below to see how it goes out on the punishing Nurburgring. The engineers seem to be taking it very seriously, pushing the i30 prototype to its limits.