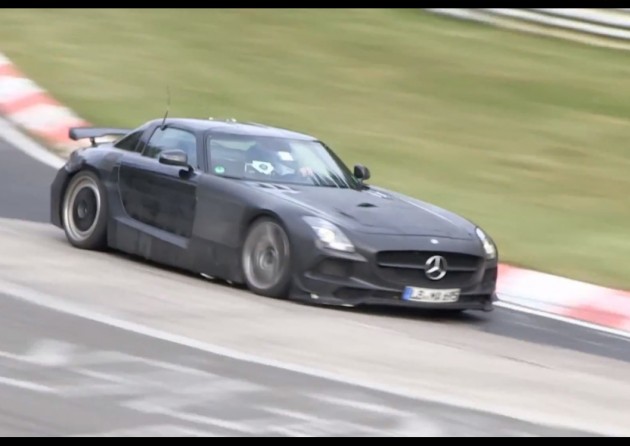 Like other AMG Black Series models, the SLS Black is set to receive a number of racy features including a bespoke aerodynamics package, more focused suspension, unique alloy wheels, and some weight reduction. Inside is also likely to feature a partially stripped out interior with deeper bucket seats.

Under the bonnet, it’s understood power will come from a revised version of the 6.2-litre naturally aspirated V8. In its standard form the SLS produces 420kW. For the Black Series power is expected to be bumped up to around 460kW. This should enable the coupe to sprint from 0-100km/h in around 3.4 seconds (down from 3.8).

Click play below to take a look at the beast during its development stages. It sure looks and sounds like a serious weapon of a car, with a crisp and throaty induction noise. It will go on sale in selected markets next year.