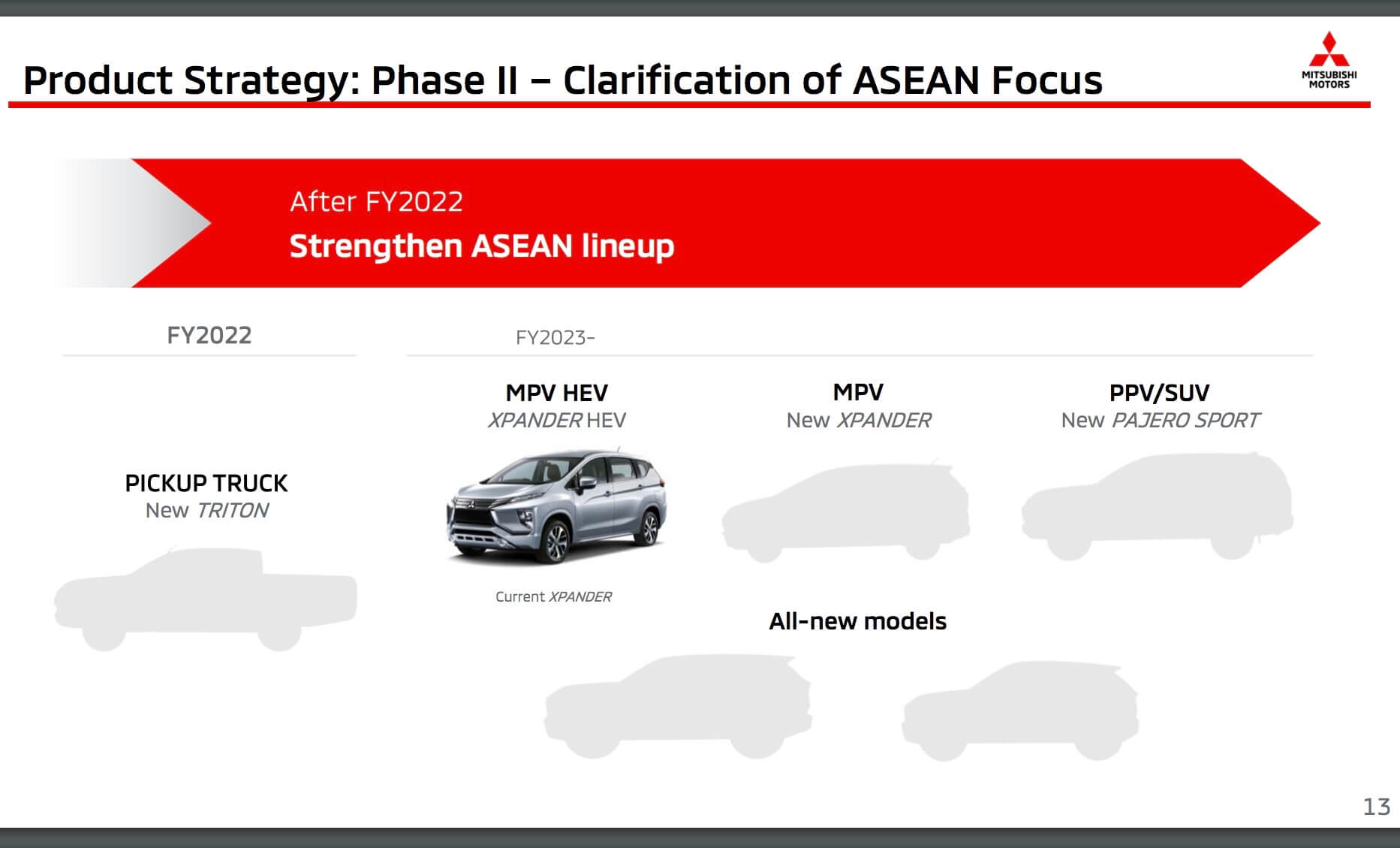 As part of a new three-year mid-term business plan, Mitsubishi will focus its attention on ASEAN markets and strengthen its eco-friendly model lineup. It will also launch an all-new Triton in 2022, and the new Outlander in 2021. 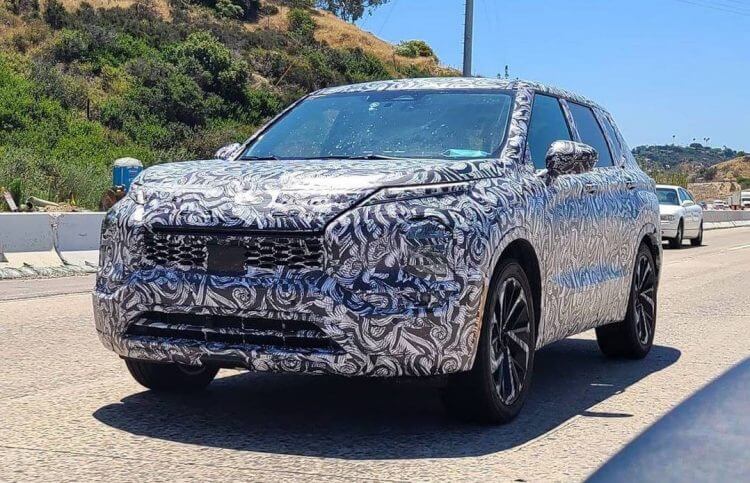 During the company’s recent FY2020-2022 mid-term business plan presentation, it confirmed production of the heavy-duty Pajero will come to an end in 2021. The current Pajero, favoured among hardcore 4×4 fans, has been around in its current fourth-generation form since 2006. It was discontinued in Japan last year, but soon production will cease completely for global markets.

No mention has been made of an all-new model being in the works, at least not following its traditional heavy-duty philosophy. Instead, it seems Mitsubishi will be focusing its attention on smaller SUVs and crossovers, while also ramping up its electrification through the launch of all-new plug-in hybrids and electric vehicles. For example, a plug-in hybrid version of the Eclipse Cross will launch this financial year. 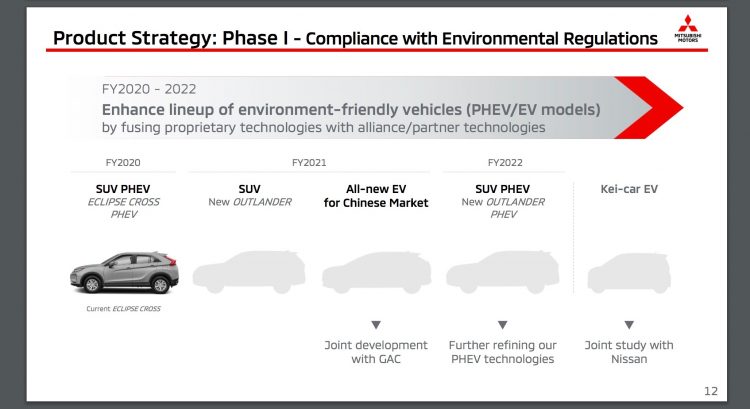 First on the list is the all-new Outlander, which will launch in 2021. Prototypes have been spotted out and above (pictured at top), showing evidence of a fresh design language, including split headlights, more muscular ‘cheek bones’ like on the latest Pajero Sport, with curved body panels and bolstered wheel arches providing a sturdier stance.

A plug-in hybrid Outlander is also scheduled to arrive during financial year 2022. It’s expected to share the same design as the next Outlander, while showcasing some unique elements to assist with enhancing aerodynamic efficiency. 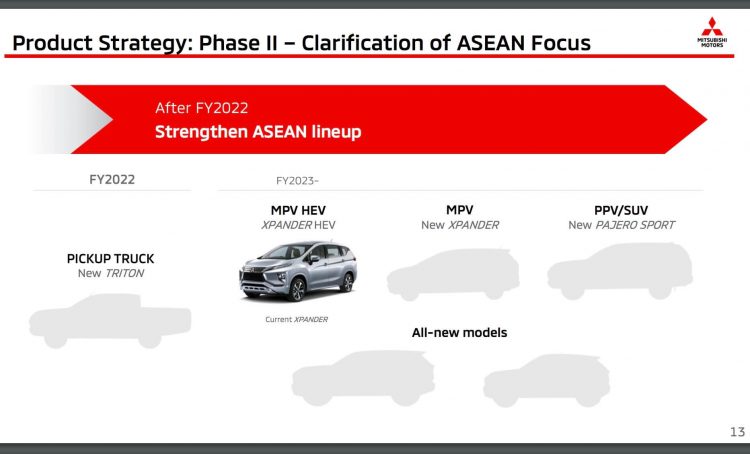 Also coming in 2022 will be the all-new Triton. It’s expected to share its platform and components with the next Navara, under the Renault-Nissan-Mitsubishi Alliance. In fact, Mitsubishi will further hinge on Renault and Nissan for other future products, with plans of a new Kei car for Japan incorporating EV tech. Mitsubishi is launching a new Express van under the corporate umbrella, borrowing components and platform from the Renault Trafic.

The all-new Triton is likely to infuse some level of hybrid technology into the range, potentially for some market regions only. Whether it will use plug-in tech or just conventional hybrid tech with an electric motor to assist the combustion engine is yet to be known. Either way, it is expected to share platforms and a majority of its components with the next Navara. It’s understood they will go separate ways in terms of interior and exterior design, though. The current Triton has only been around since 2018, but its platform is carried across from previous models.