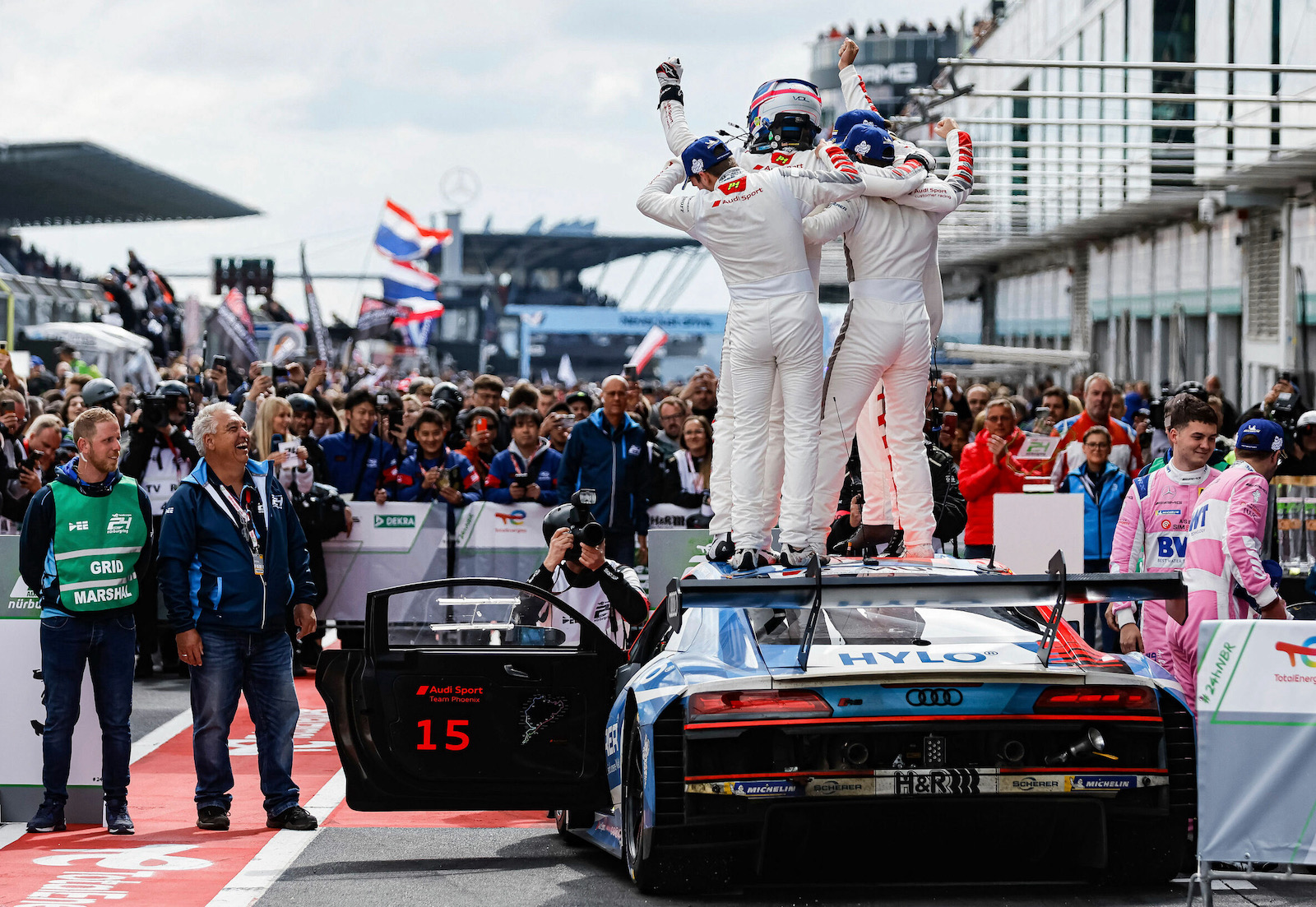 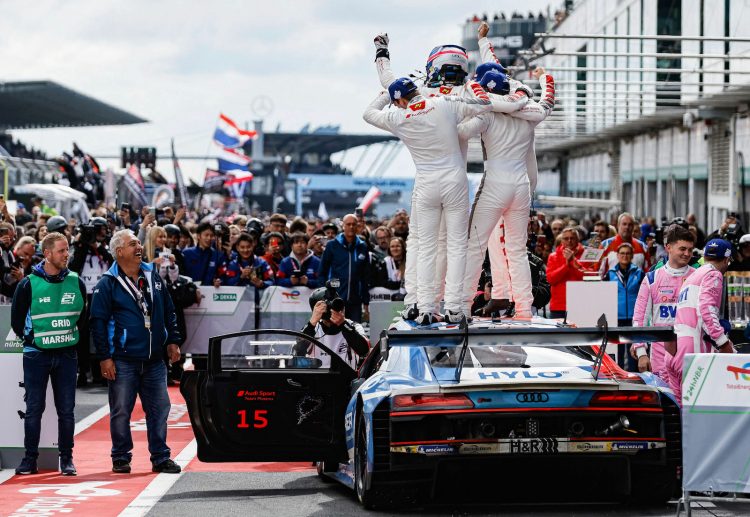 Nearly a quarter of a million spectators attended the event over the weekend that saw a number of lead changes and a dramatic finish as the circuit turned slippery from the rain.

The winning team managed to fight its way back into contention after starting the event way back in the field in 22nd position, with Ernst Moser’s team working their way to the front of the pack to take out the iconic endurance race.

Audi took out four top ten finishes overall at the event after 159 laps of the Nurburgring, and after some clever tyre management strategies as the weather turned sour, was able to take out line honours, accounting for 40 per cent of the overall top ten finishers. 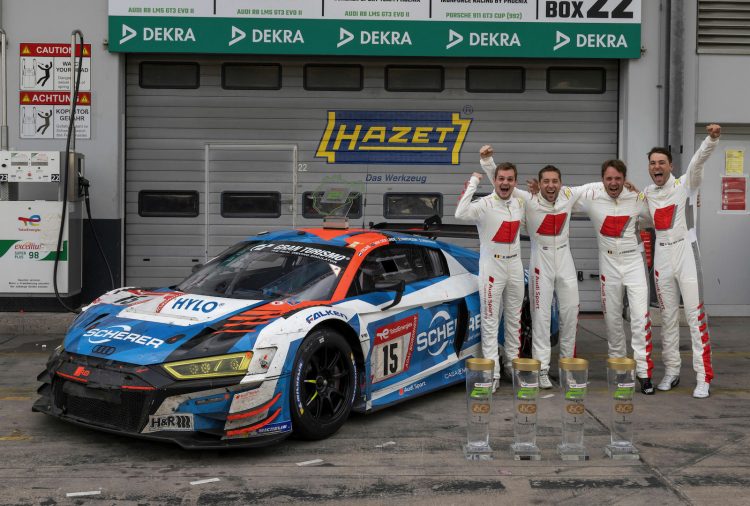 As a refresher, the Audi R8 LMS GT3 is powered by Audi’s 5.2-litre naturally aspirated V10 engine producing 430kW and 550Nm, sending its power to the rear wheels via a six-speed pneumatic sequential transmission. It tips the scales at 1235kg dry, and comes fitted with a specialist 120-litre fuel tank for endurance races. Audi Sport’s chief of customer racing, Chris Reinke, said:

“This victory has a special meaning, because strong nerves were required in the changing conditions, especially during the final hours – from the drivers on the track, as well as from the mechanics, engineers and strategists in the pits. The fact that fans were finally allowed at the track again and turned this race weekend into one big party makes the success particularly valuable.”