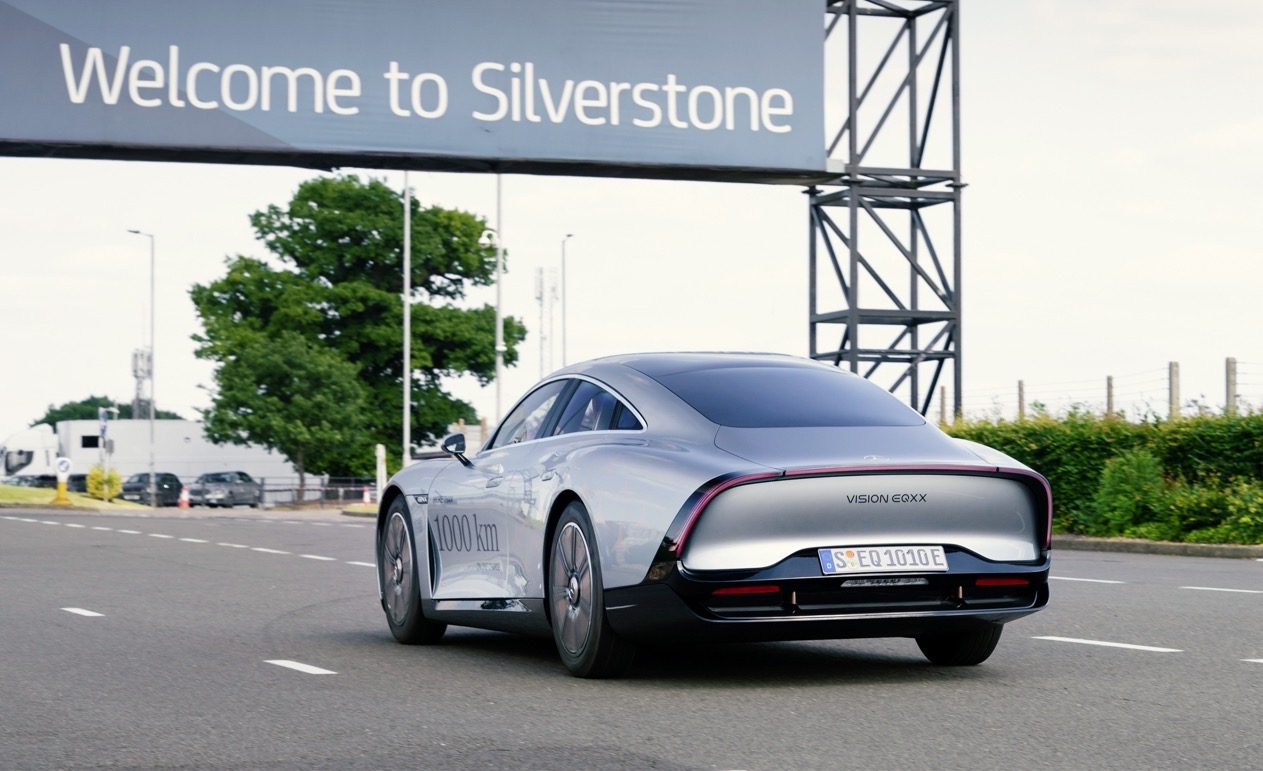 The Mercedes-Benz VISION EQXX concept has reset its own efficiency record, achieving an average of energy consumption of 8.3kWh/100km over a distance of 1200km. 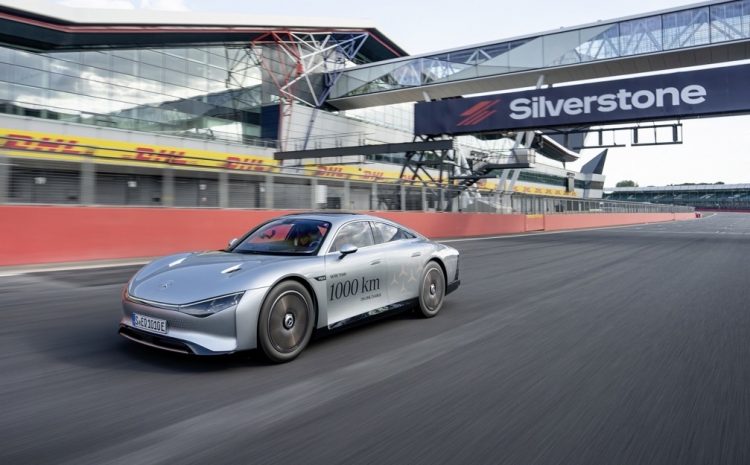 This follows on and improves on a previous energy consumption record of 8.7kWh/100km over a distance of 1008km, set in April this year by the sleek-looking prototype. For the latest run, Mercedes drove the car from Stuttgart in Germany to Silverstone in the UK.

It managed the 1202km trip on a single charge. And that included negotiating closed sections of autobahn, crossing France, and taking the M25 around London. The last kilometres were driven on Silverstone racing circuit, where Mercedes-EQ Formula E driver Nyck de Vries took the car up to 140km/h. After 11 laps, the last bits of range were on the pit lane.

Mercedes-Benz says the average speed for the entire trip was 83km/h, with a maximum speed of 140km/h. The total driving time was 14 hours and 30 minutes. That was all achieved with the EQXX’s battery system which is rated at under 100kWh and over 900V.

“Completing the journey from Stuttgart to Silverstone on a single charge with even greater efficiency really evidences some great progress in accelerating the technologies underpinning our electrification strategy. The contribution made over the years by motorsports at Mercedes-Benz is significant and it makes us very proud.” 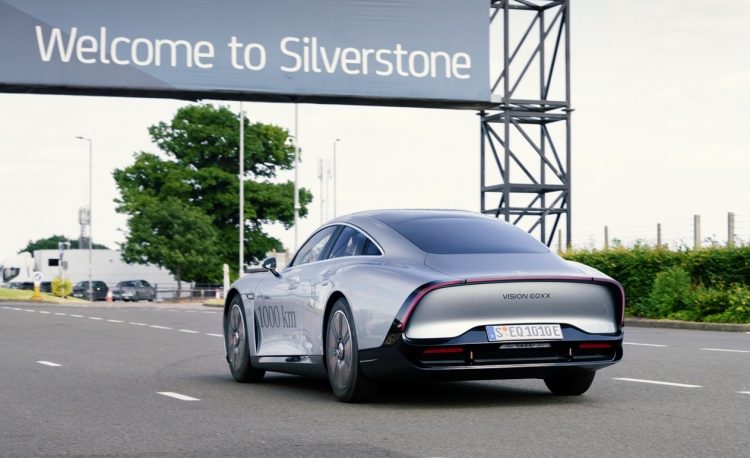 So, what’s next for the concept? It will be at the 2022 Goodwood Festival of Speed this weekend, where it will be on show for fans to see, and it will take on the famous hill climb. After that, development of the machine will continue, with outcomes to inspire future production models from the brand.