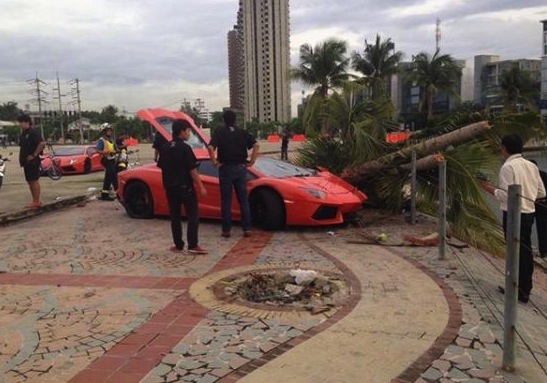 The driver of a Lamborghini Aventador in Bangkok, Thailand, has lost control and crashed while drag racing. The AU$700k supercar ended up ploughing down a palm tree in the process.

According to reports, the driver was racing at the time, on a rather slippery and moist road. After penetrating through a small gutter, the Aventador then collided with a palm tree, literally chopping it down.

Most of the damage appears to be on the left side of the vehicle, with some serious panel damage and significant damage to the wheel and/or suspension components. 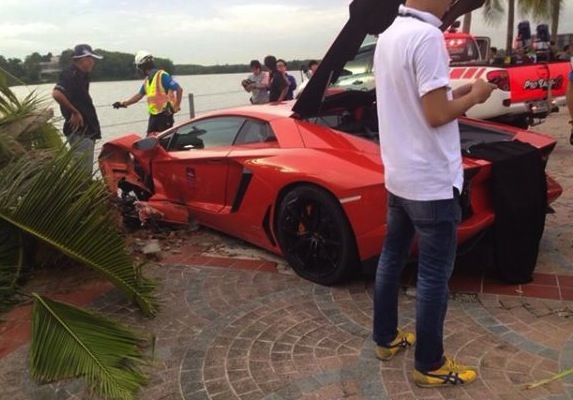 Equipped with a 6.5-litre V12 engine, the Aventador is one of Lamborghini’s most powerful vehicles ever. It produces 515kW, and is capable of 0-100km/h in just 2.9 seconds. It mush have been a bit of a handful for the driver in the slippery conditions. Shame to see it wrecked.

(Images: Originally sent in to WreckedExotics)