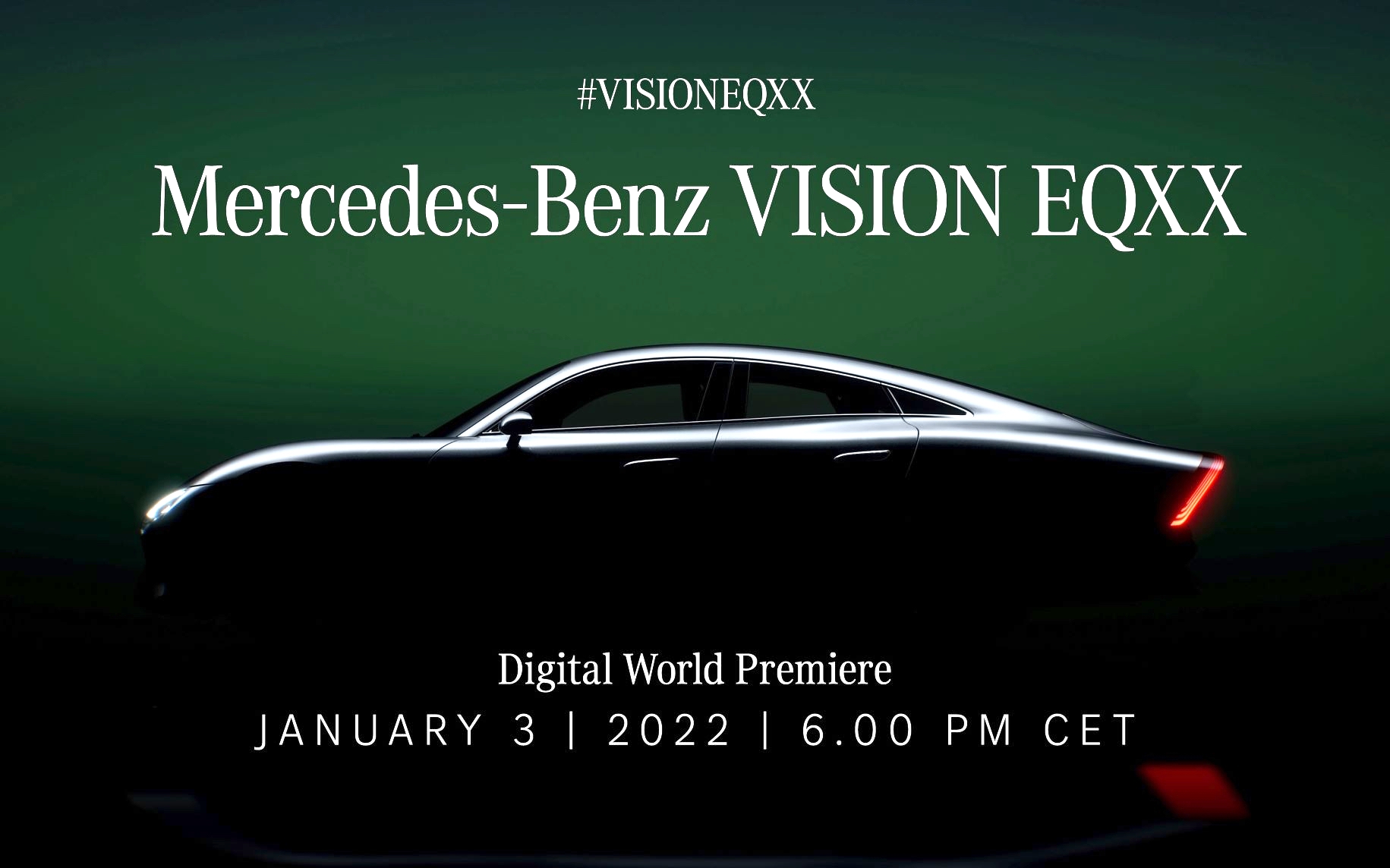 Mercedes-Benz has confirmed that the company is readying its most efficient electric vehicle to date, the Vision EQXX, for a January 3 debut that will be hosted online. 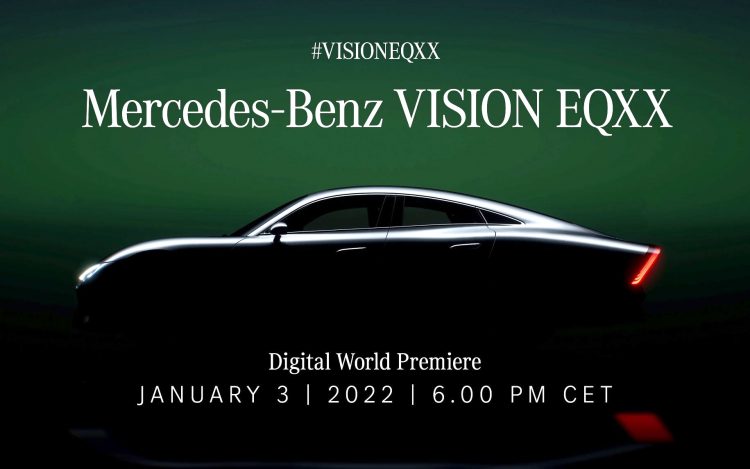 While Mercedes has given us almost zero background on the upcoming release, it has said that a number of significant software breakthroughs have resulted in its most energy-efficient EV yet, and after its digital debut, the EQXX will make its way to the CES event in Las Vegas next year.

Mercedes gave us a sneak peek earlier this year. At that time, the company claimed the EQXX offers a real range of over 1000km with a compact car segment sized battery, while aiming for single-digit kWh/100km energy efficiency.

The EQXX was teased to audiences worldwide with the ability to travel from Beijing to Shanghai – a distance of 1214km – on a single charge, thanks to a combination of aerodynamic efficiency, weight reduction and class-leading kWh per 100km energy use.

Mercedes says that it has been leaning heavily on its motorsports divisions, in particular, the Mercedes F1 team who has considerable experience with electrified powertrains as it attempts to reach these aggressive EV efficiency goals.

Merc’s head of research and development, Markus Shafer, has previously said, “We have set up a group of our engineers to take on an extraordinary task: to build the longest and highest efficiency electric car the world has ever seen.”

Shafer added, “This is a serious project, chasing next-generation technologies. We intend to incorporate the learning into the next generation of series production cars.”

The Vision EQXX makes it official debut on January 3 in an event hosted by board members Ola Kallenius, Mark Schafer and chief design officer, Gorden Wagener.