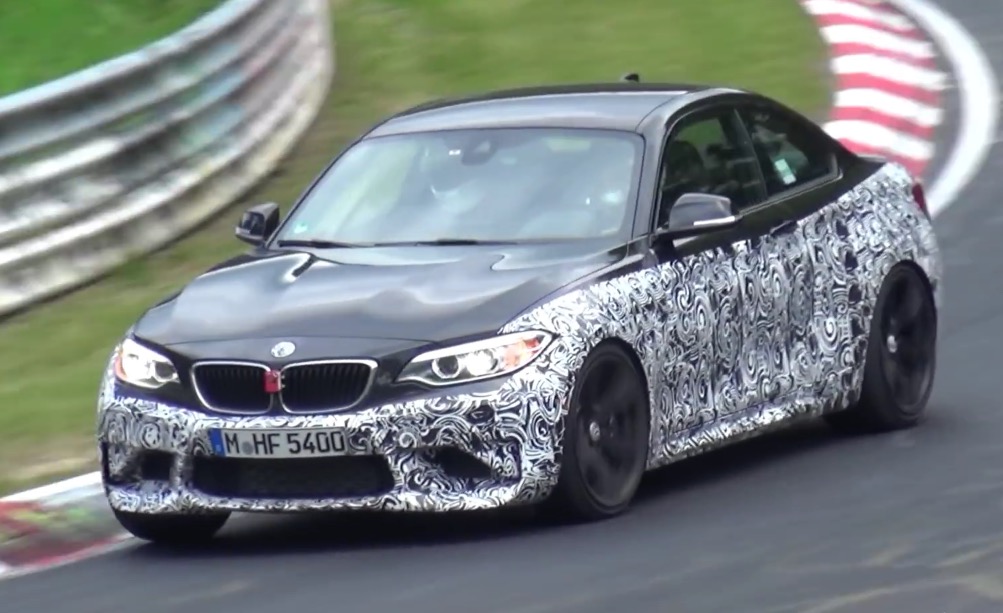 The BMW M2 is getting closer to production, as another prototype is spotted pounding around the Nurburgring in Germany undergoing fine-tuning. 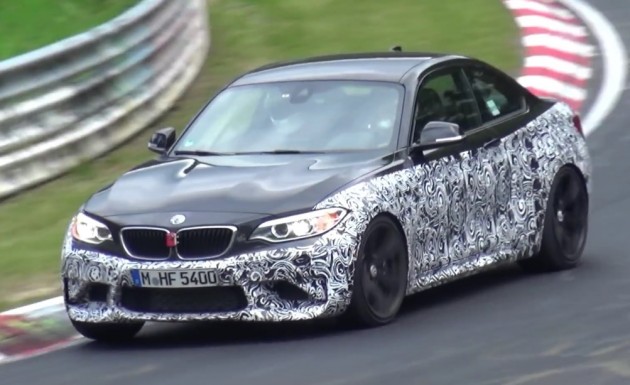 Not to be confused with the M235i which is a 2 Series that’s enhanced by BMW’s ‘M Performance’ sub-brand, the M2 will be a proper ‘M’ car built and developed by M Division, sitting beneath the M3/M4.

From the engine, power is sent through a six-speed manual transmission with a heavy-duty rear-wheel drive system. Apparently, BMW M isn’t going to offer an automatic option, which would be great news for enthusiasts but it might miss out on some sales.

In the spy video below we get a decent look at the exterior, even though there is still some camouflaging along the bottom half of the car. The front end gets a bespoke bumper bar and integrated spoiler system, while the sides get some muscly wheel arches. Around at the back there’s the familiar quad-outlet exhaust layout with a diffuser in the middle.

BMW is expected to unveil the new model later this year, potentially in concept form at the Frankfurt motor show in September. Market entry is likely to take place in Australia in 2016. Click play below for a preview. It certainly looks like a quick machine.