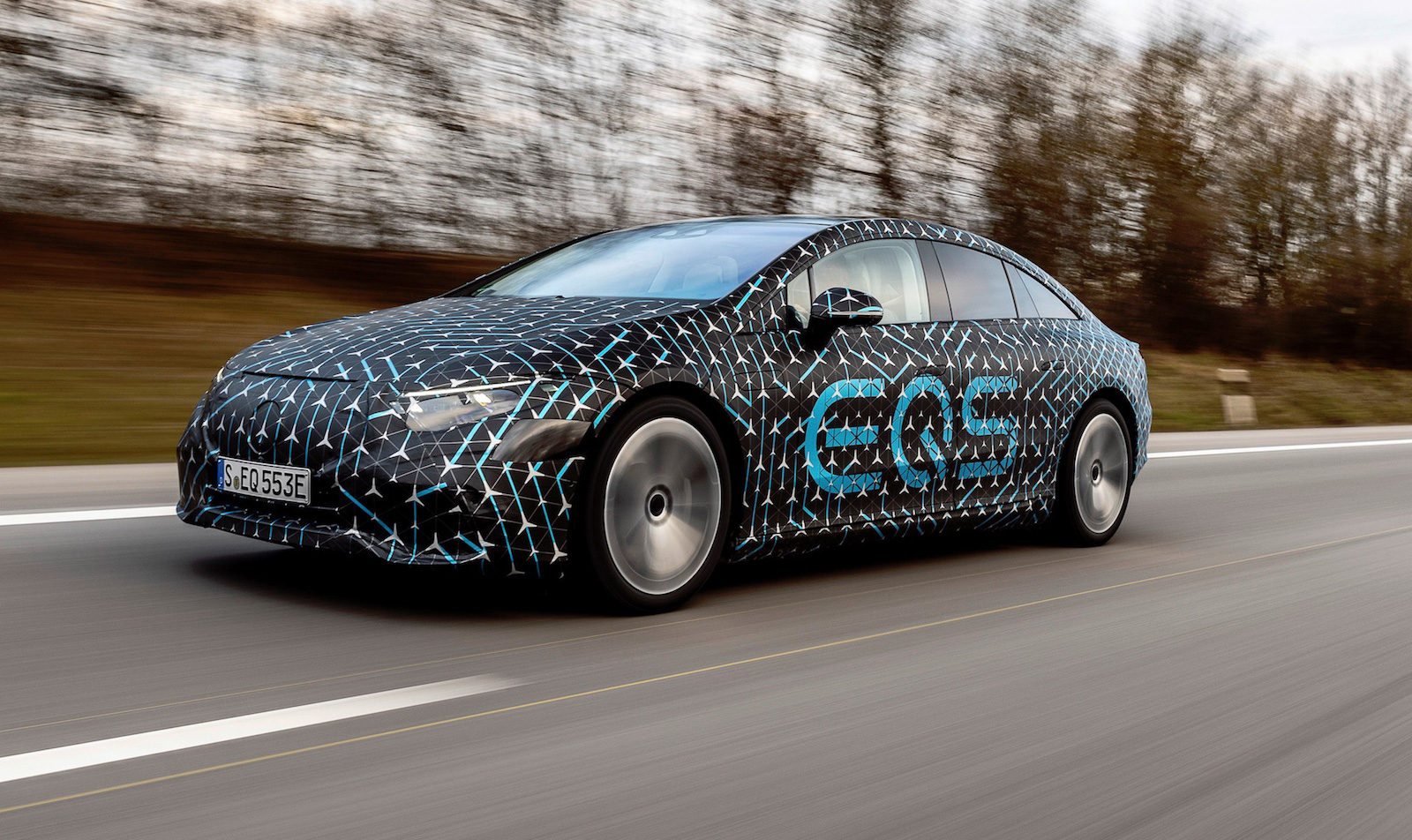 Like the idea of cruising along the road in almost complete silence, wrapped up in the pinnacle of automotive luxury and technology? The incoming Mercedes-Benz EQS is set to offer just that. The company has just confirmed a range of up to 770km, as well as some very advanced initiatives in aerodynamics, energy recuperation, and on-board acoustics for the all-electric sedan. 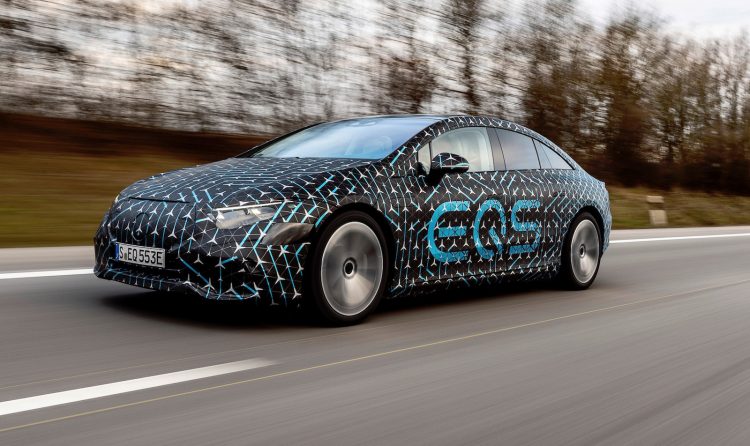 The EQS is one of six new all-electric models on the way from the German brand, following the arrival of the EQC and the recent debut of the EQA. As hinted by the name, the EQS is the flagship of all, falling into the S-Class family. It will showcase a range of industry-shaking innovations and features, including an amazing ‘Hyperscreen‘ user interface inside. But despite its luxury connotations the EQS will also represent some of the latest and greatest developments in the world of EVs.

Mercedes-Benz will initially be offering two variants/powertrain tunes, with outputs spanning from 245kW and up to 385kW. These will wear badges EQS 450+ and EQS 580, respectively. The company has also confirmed there will be an “even more powerful performance” variant released further down the track, likely as part of AMG’s move into electrification, as announced recently. The top speed of the regular variants is limited to 210km/h.

The EQS will be offered in two battery capacities, including 90kWh and an impressive 107.8kWh. Mercedes is also offering a “performance promise” for its battery system, with a battery certificate that covers the loss of capacity for up to 10 years or 250,000km, whichever comes first. This is a very unique proposition, and something not usually offered by other EV makers. 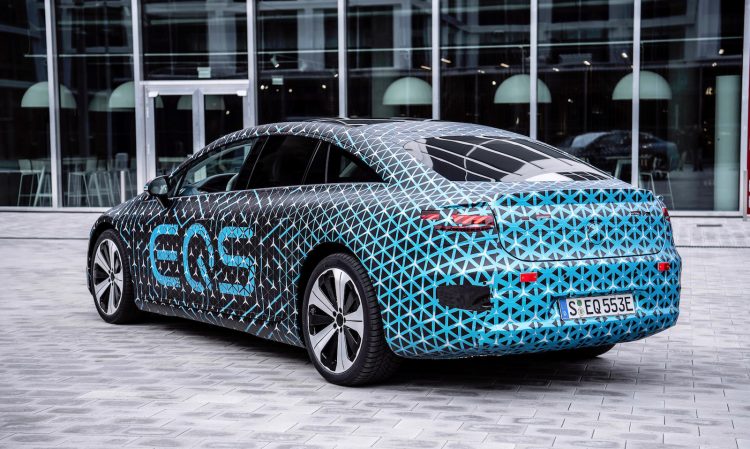 The EQS 450+ produces a maximum transmission output of up to 568Nm, while the EQS 580 unleashes a whopping 855Nm. Across the official WLTP cycle, which is the latest consumption test protocol which is designed to replicate real-world conditions, the EQS will offer a range of up to 770km. That’s one of the highest ranges for an electric production sedan, at today’s standards.

Some other clever technologies will also be incorporated into the EQS, including an advanced energy recuperation system that can generate up to 290kW. Drivers will be able to engage in the DAuto drive mode, which provides braking to a complete stop. Thanks to clever on-board monitors, the car is also able to detect deceleration from vehicles travelling ahead, such as coming up to traffic lights, and can recuperate energy smoothly by predetermining traffic flow. 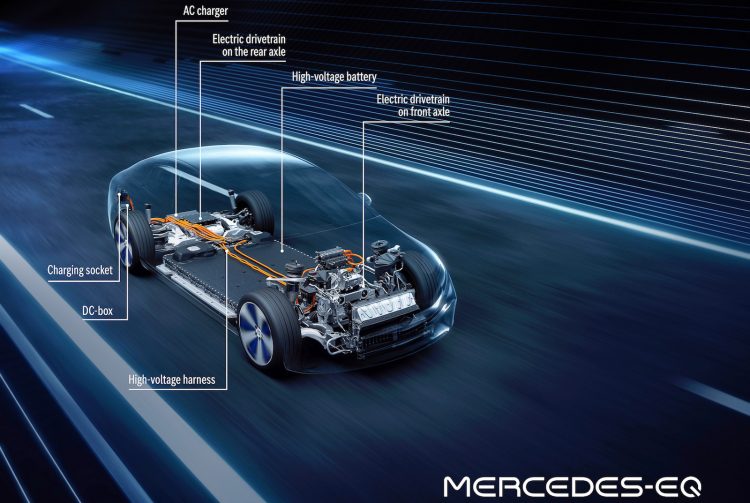 Engineers have also concentrated heavily on optimising the EQS’s noise and vibration levels, applying special systems such as acoustic dividers in the tailgate, welded-in foam, and even arranged magnets inside the rotors to minimise vibrations. There’s also acoustic foams in the body-in-white frame, and beading for the floor under the battery.

The EQS will boast a world record for production car aerodynamics, too, with a drag coefficient value of just 0.20cd. This is thanks to various measures, including a coupe-like swooping body profile, flat windscreen, completely smooth underbody, and reduced cooling requirements compared with a combustion engine vehicle.

Mercedes-Benz will be introducing the EQS in European markets from August (with other regions to follow after), while the EQE sedan and the SUVs versions of the EQE and EQS are set to be introduced a bit later after.