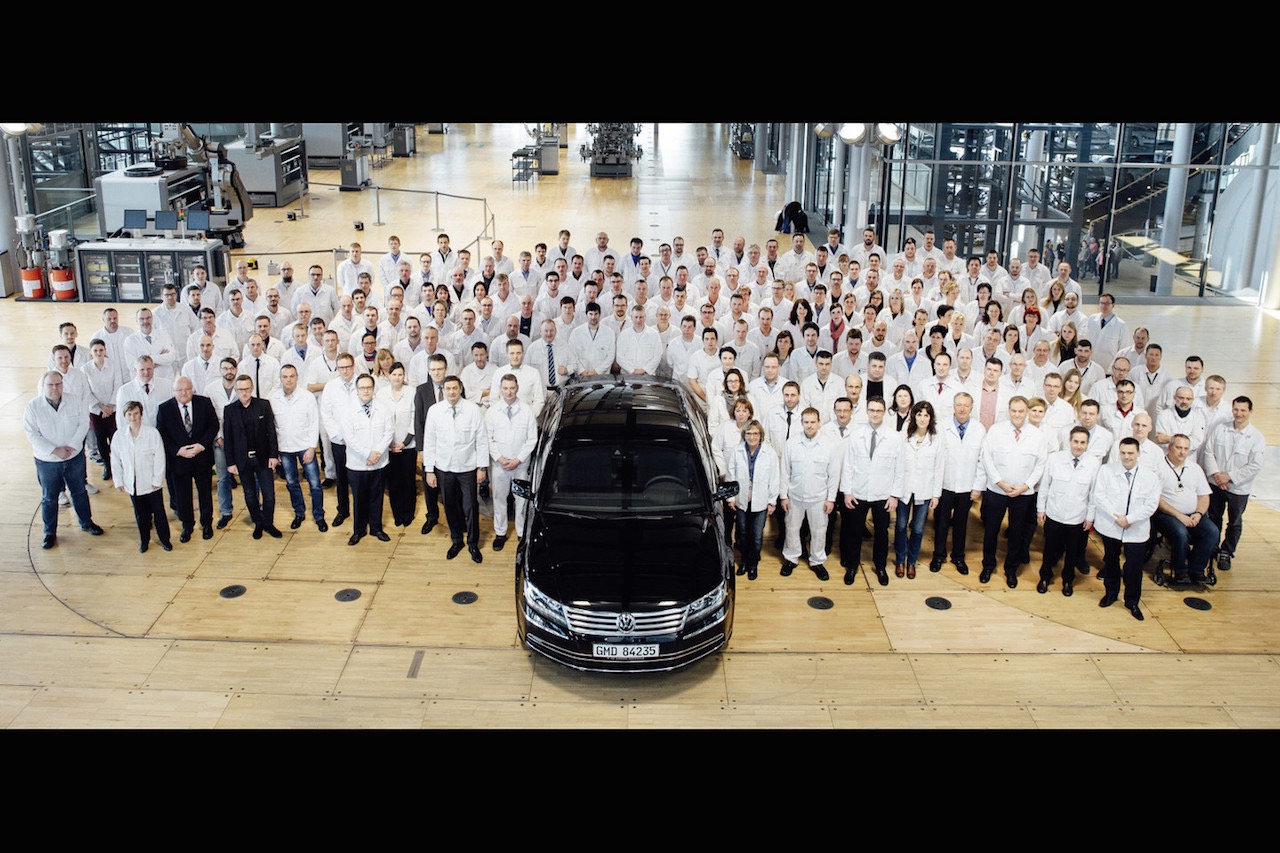 Volkswagen has announced the end of production for its ‘Gläserne Manufaktur’, or transparent factory, where its flagship model the Phaeton has been produced for more than a decade. 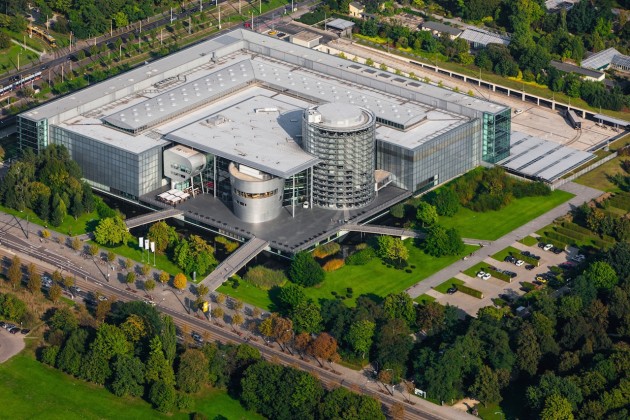 The Gläserne Manufaktur, located in Dresden, Germany, will be transformed into an interactive museum-like space, aimed at showcasing the future of Volkswagen’s electro-mobility and digitalisation.

The sad news is that this will replace the factory’s current production of the Volkswagen Phaeton, signaling the end of the road after a 14-year run. Employees posed for a photograph with the final Phaeton, a black 4MOTION 4.2L.

The Phaeton received a mixed reception and its production endured a lackluster run. In 2002, Volkswagen initially anticipated an annual production of around 20,000 units. Four years later, a total of 25,000 units had been produced, and with time, units continued to decrease. In the years 2012 and 2013, production decreased to just 10,190 and 5812, respectively.

“Our D-class employees in Zwickau and Dresden have demonstrated outstanding manufacturing expertise with the Phaeton over the past 14 years,” said Prof. Dr. Siegfried Fiebig, speaker for Volkswagen’s board of management.

“The production of the highest-quality vehicles should be resumed here under the eyes of customers and visitors in the near future. This is what the workforce and this unique facility deserve. Until then, the deployment of our colleagues to other locations will call for considerable flexibility.” 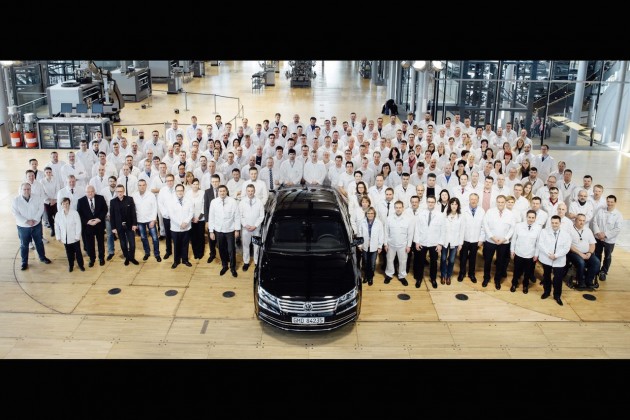 Volkswagen has confirmed that no current employee will lose their full-time employment, with around 100 staff to stay based at the Dresden factory, and another 400 to be relocated to Zwickau, or other Volkswagen Group factories.

The Gläserne Manufaktur will be closed from March 29 for renovations and modifications and will reopen for vehicle deliveries and special events in early April.