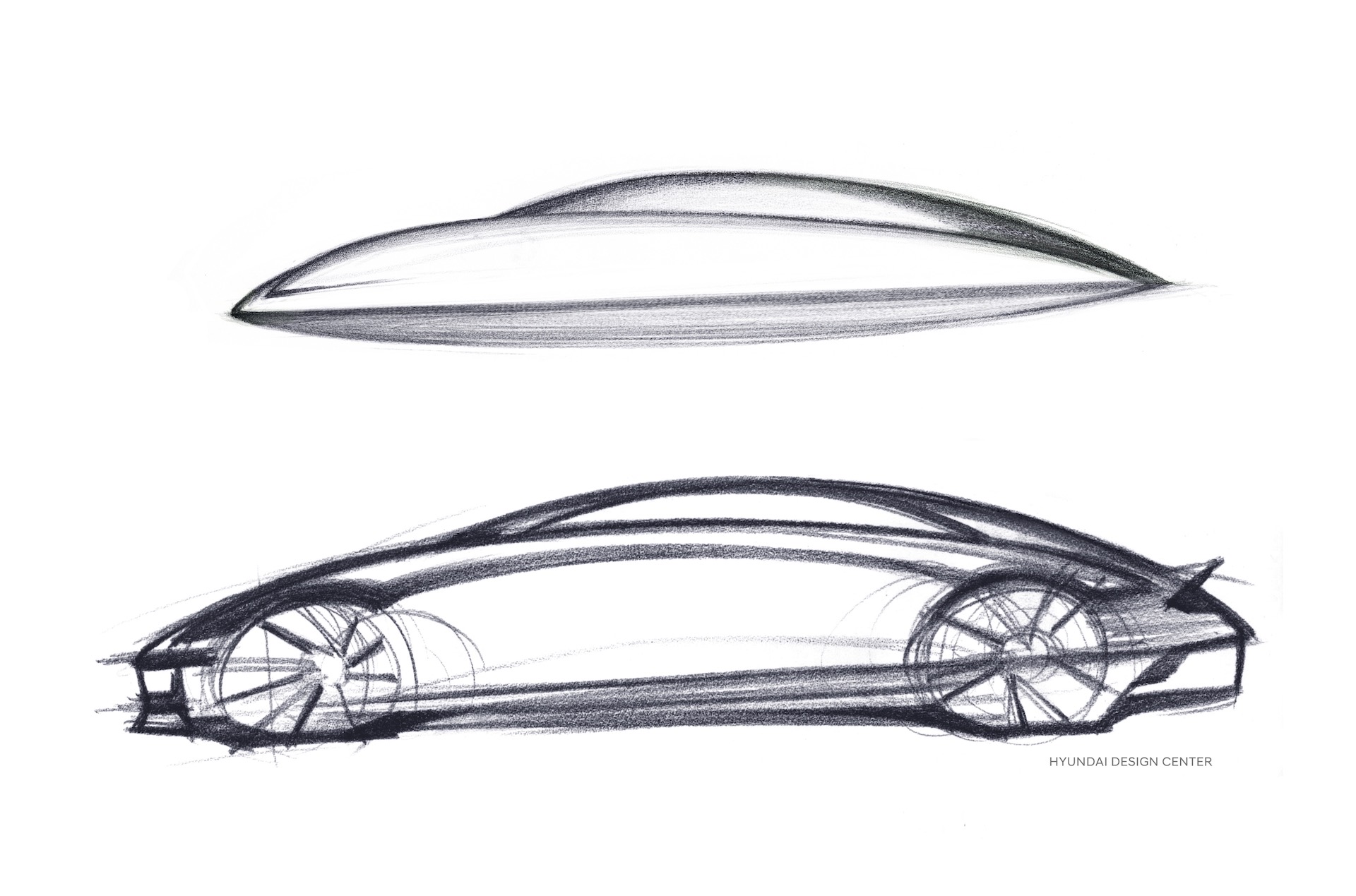 Hyundai has sent out an official teaser of its upcoming fully electric IONIQ 6 four-door coupe, previewing its design. It will make its debut later this month. 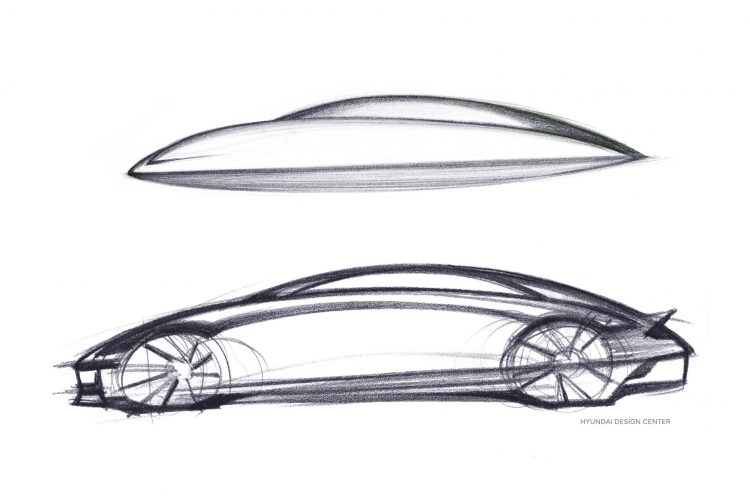 This one one of many teaser images to be released over the coming days, Hyundai says. And here we get a sneak peek of the side profile in sketch form. We kind of already know what it will look like however, as inspiration will be drawn from the Prophecy concept car that debuted in 2020.

We’ve also seen numerous prototypes out and about during road testing. Although these prototypes have been wearing heavy camouflage and black cladding, the general shape appears to be quite similar to the concept car.

Hyundai describes the new model as an “electrified streamliner” with clean and simple lines, all in the name of aerodynamics. The curvy and flowing shape has been created to be both aesthetically pleasing and aerodynamically functional. 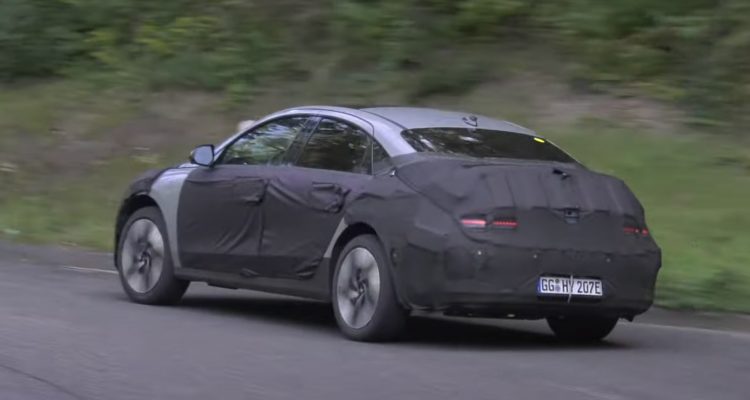 No hard specs have been confirmed yet, but we can probably turn to vehicles such as the IONIQ 5, Genesis GV60, and Kia EV6 for some clues, all riding on the E-GMP architecture. These feature a circa-160kW electric motor or a second front motor, with both rear- and all-wheel drive options. We suspect a similar formula will be applied to the IONIQ 6.

According to previous reports, the 6 will offer a peak output of 230kW in AWD form, which would make it slightly more powerful than the flagship IONIQ 5 that develops 225kW. Interestingly, the Kia EV6 AWD develops 239kW, which could also be applied to the 6, while the GV60 develops up to 320kW.

More details will be released over the next week or so, with interior and exterior images to be released “later this month”. Stay tuned.