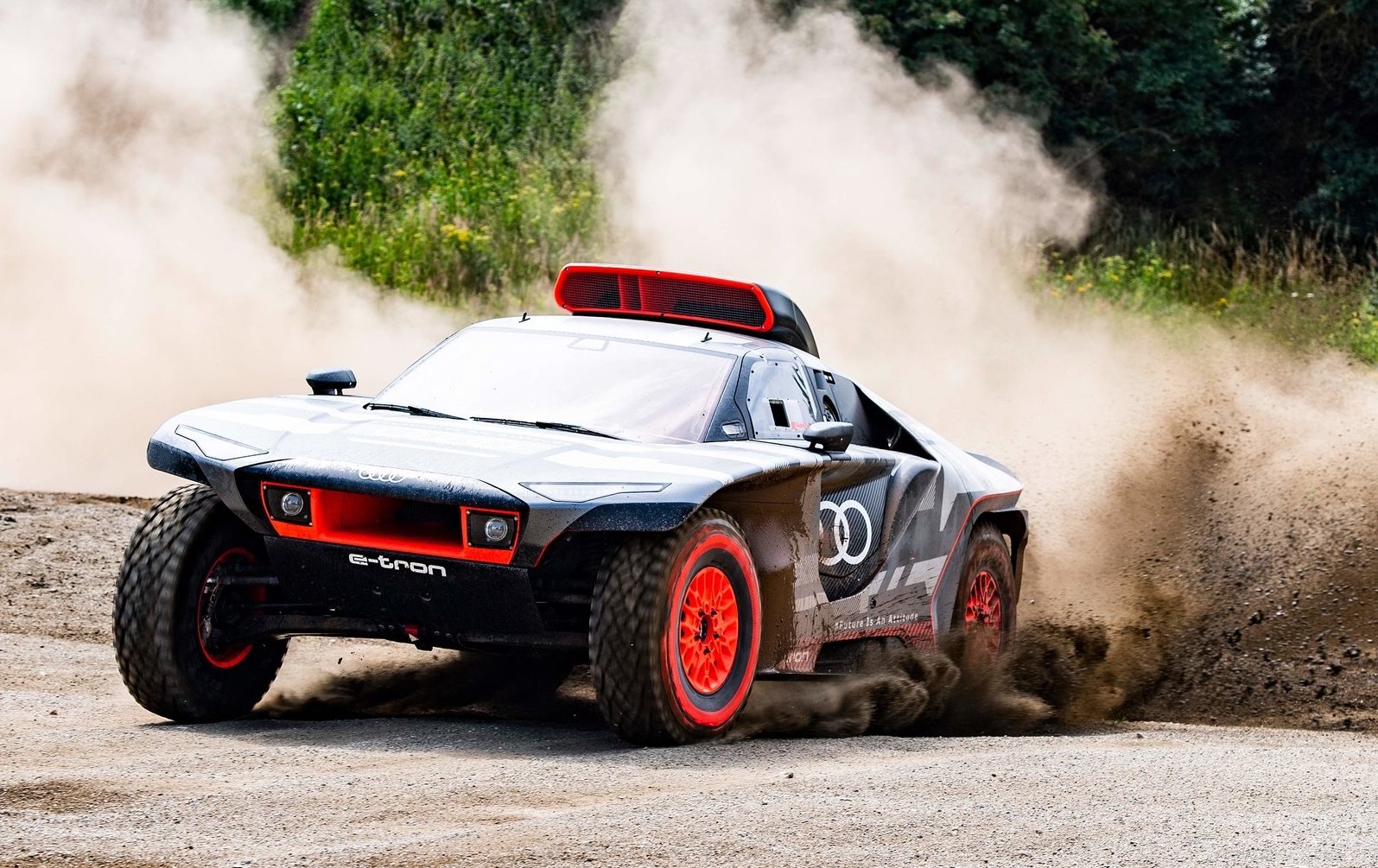 Audi says that it will enter the 2022 Dakar Rally event with the fully electric RS Q e-tron, and the company is unapologetic about its intention to take out the top spot. 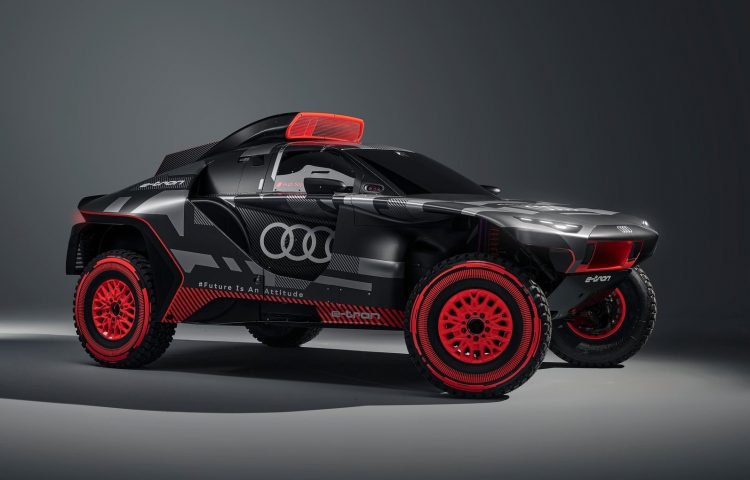 The German company says it wants to be the world’s first manufacturer to take out line honours at the Dakar Rally event with an EV, saying the new powertrain and energy converter in its latest RS Q e-tron concept could prove to be the tipping point for an electrified Dakar winner.

The problem for Audi, though, is that throughout the two-week Dakar event, there’s not much in the way of charging infrastructure out in the Saudi Arabian desert. As a result, the company is planning on using a TSFI engine from one of its DTM touring cars that will act as an onboard charger for the high-voltage battery pack.

To be clear, the actual powertrain of the RS Q e-tron prototype features a set of electric motors mounted over the front and rear axles, fitted with the motor-generator unit from Audi’s current e-tron FE07 Formula E car. 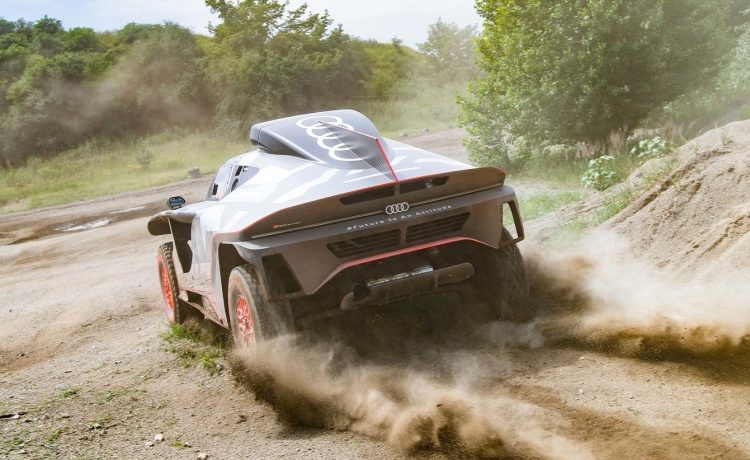 Audi says its e-drivetrain is capable of pushing out 500kW, and it is waiting to hear back from the Dakar Rally’s organisers about how much power they’ll be able to pack into their creation for the event. Instead of a differential, Audi says that its software will help distribute torque between the front and rear axles for maximum traction in the loose, sandy terrain.

Audi says that only minor changes have been made to the Dakar-edition of the MGU over the Formula E configuration, with the RS Q e-tron also packing regenerative braking from the electric motors that feeds juice back into the pack. Speaking of which, Audi is planning on using a 50kWh battery pack that adds around 370kg to the overall weight figure. Julius Seebach, Audi Sport’s managing director, said:

“The quattro was a game-changer for the World Rally Championship. Audi was the first brand to win the Le Mans 24 Hours with an electrified drivetrain. Now, we want to usher in a new era at the Dakar Rally, while testing and further developing our e-tron technology under extreme conditions.”

Expect to see the Audi RS Q e-tron in the mix when the 2022 Dakar Rally kicks off on January 2.