It hasn’t been officially confirmed yet but according to a Chris Harris tweet, the Lexus LFA Nurburgring Edition has lapped Nurburgring Nordschleife in 7:14, making it very near one of the fastest proper production, street-registered supercars in the world. 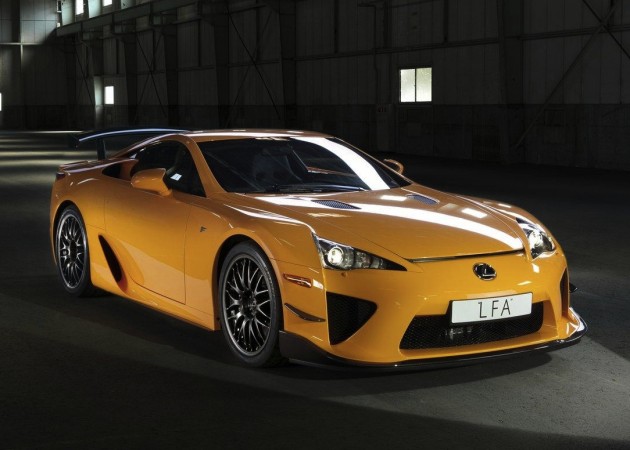 Chris Harris, journalist from EVO magazine in the UK and race driver, has tweeted that Akira Iida from Gazoo Racing has taken the Lexus LFA Nurburgring Edition for the astounding 7:14  lap.

The current fastest production car lap record has been held by various special supercars that are not suitable for the road, such as the Pagani Zonda F (6:47.50) and the Ferrari 599XX (6:58.16).

But even those cars, they’re not really something you would take down to the shops to pick up the groceries. If this latest claim turns out to be true, it could give Lexus the label as the quicker proper road car lap in history; a car with a boot and a body that isn’t so low it can’t drive over speed bumps. This would overtake the Porsche 911 GT2 RS, which has done the Nurburgring in 7:18.

What do you think about the ‘production car’ times though? Should there be some kind of rule put in place that distinguishes road-registered track cars to the more realistic road car? Or should it simply be; if you can register it, it’s a production car? Give us your thoughts below.