Ford will be showing various highly tuned new cars at SEMA 2011 (Specialty Equipment Market Association), based on the 2012 Ford Focus ST and Ford Fiesta ST. Each car will present a different theme at the event, showcasing varying degrees of performance revisions inside and out. 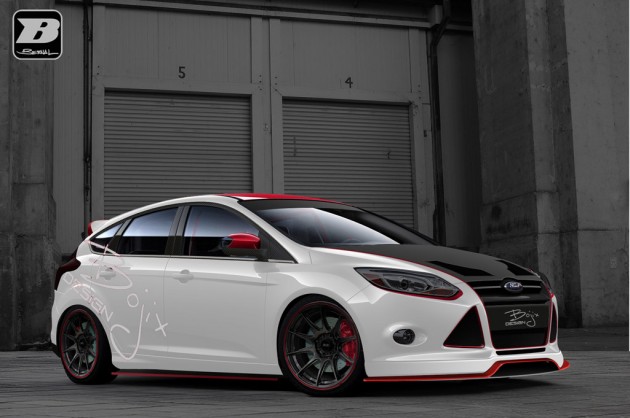 There will be at least seven highly customised 2012 Ford Focus ST models at this year’s event, including tuning packs based on the new hatch and sedan. Making up the Focus models will be versions customised by companies 3DCarbon, Bojix Design, Capaldi Racing, COBB Tuning, Steeda, and The ID Agency.

Each show car will exhibit revisions and tuning parts that will be made available for customers, from unique engine tunes and engine bolt-on upgrades, including a Roush Focus ST showing a new supercharger system and intake, as well as kits to enhance suspension and handling, and improvements in the aerodynamics department. 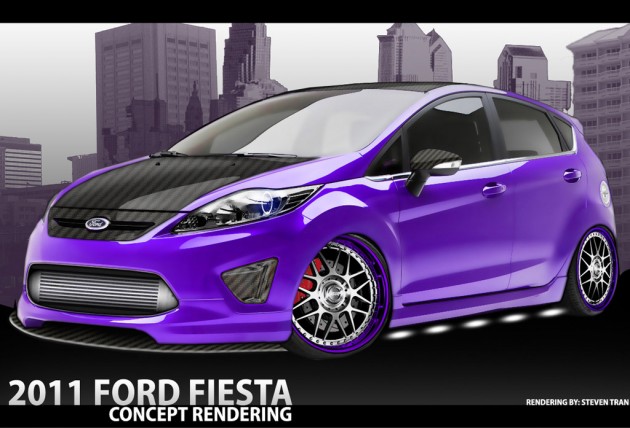 Joining the Ford Focus ST show cars at SEMA 2011 will be three Ford Fiesta ST models, including examples modified by renowned companies such as Aaron Vaccar, Gold Coast Automotive, and M2-Motoring. These too will preview various new modifying kits available for the Fiesta providing a personal touch.

SEMA 2011 will kick off on November 1 and run through until November 4 in Las Vegas, USA. Stay tuned for plenty of coverage on the show, and any prior previews and early unveilings.