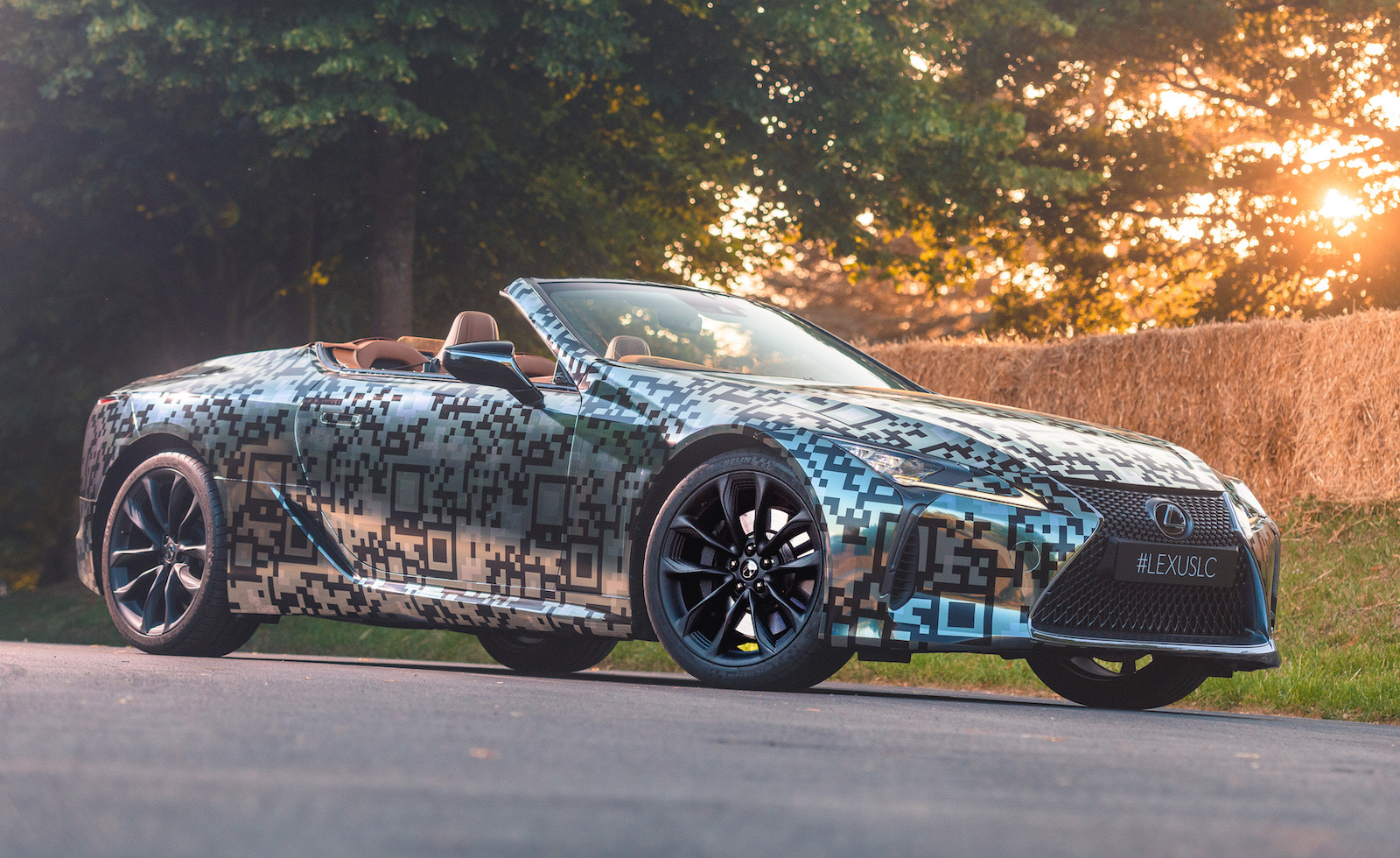 A Lexus LC convertible prototype will make its Australian debut next month, as part of promotions during the Melbourne Cup Carnival. The stunning drop-top will be showcased at the ‘Landmark by Lexus’ design project. 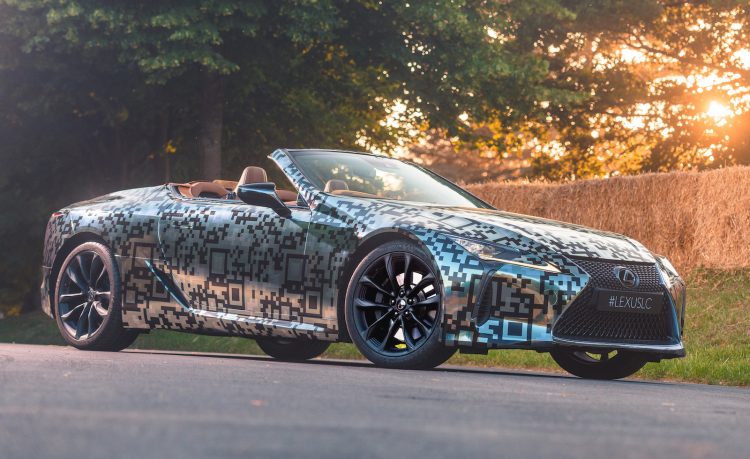 Lexus unveiled the LC convertible prototype during the Goodwood Festival of Speed earlier this year. And although it is just a prototype, it’s set to heavily inspire a production version expected to arrive next year. It followed the reveal of the LC Convertible Concept car that debuted in January.

The Melbourne Cup Carnival will be the first opportunity for Australians to check out the prototype on local soil. It’s wrapped in a special ‘digital camouflage’ to conceal the design somewhat, which should help to create a lot interest among Melbourne Cup Carnival guests. Scott Thompson, Lexus chief executive, said:

“Ensuring the LC convertible prototype makes its local debut at the Melbourne Cup Carnival signals how important luxury hospitality and the luxury market is to Lexus in Australia. Guests in our incredible Landmark by Lexus will be amazed to see the stunning LC in its newest convertible bodystyle ahead of production.”

Landmark by Lexus is a refined three-story design project that presents hospitality as well as design inspirations from Australia’s native landscape, and of course filled with the level of luxury that Lexus is renowned for. Guests will be able to enjoy the design project during the week of the Cup Carnival, running from November 2-9.

The Lexus LC convertible is set to come in as the new flagship model, likely sitting above the LC coupe in terms of price. Specifications are yet to be confirmed for the production model, but both the LC 500h featuring a V6 hybrid, and the LC 500 featuring a 5.0L V8, are expected to carry over from the coupe.