For those of you who have always wanted to compete in the famous Dakar Rally, MINI is announcing a special edition model in France which brings you a touch closer to that dream. Called the MINI John Cooper Works (JCW) Countryman ALL4 Dakar, just 11 examples will be built. 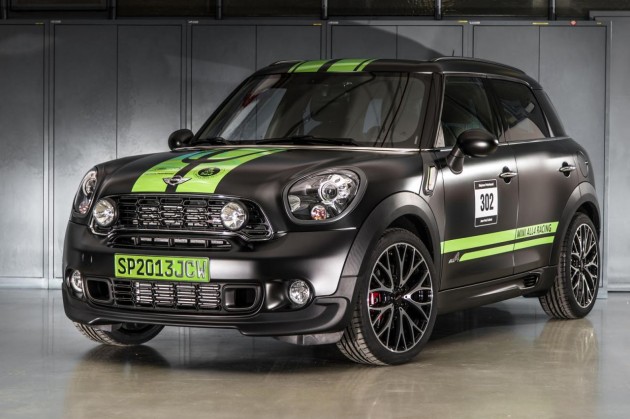 The special edition has been conjured up to help celebrate MINI’s win at the 2013 Dakar Rally, showcasing a number of unique features and trimmings, as well as the performance of the JCW package.

Featuring a distinct matt black exterior paint job with contrasting green racing stripes down the middle and along the doors, the exterior receives a number of Dakar logos and a set of machined-face 19-inch alloy wheels with black spokes.

Inside, a similar two-tone theme is carried across, with a predominately black upholstery with green stitching and other green highlights. There’s also a unique build number plaque to reinforce its exclusivity. 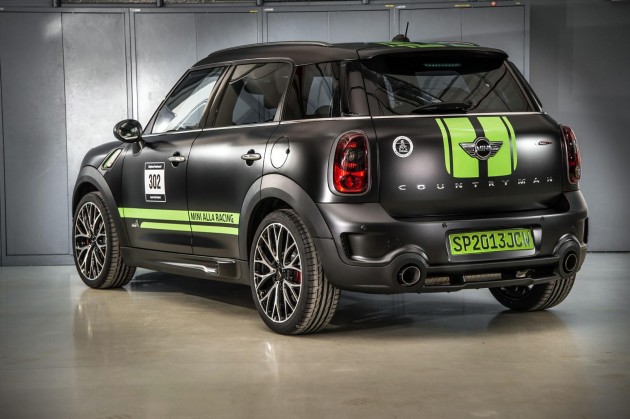 Unfortunately, under-bonnet performance isn’t amped up like the Dakar-winning rally version. Instead, it ‘makes do’ with the factory JCW-tuned 1.6-litre turbocharged four-cylinder engine producing 160kW of power and 280Nm of torque. Matched with the ALL4 all-wheel drive system, the pocket-sized rally special can sprint from 0-100km/h in 7.0 seconds.

As mentioned, just 11 versions will hit the market in France. Why 11, you might ask? MINI is congratulating 11-time Dakar winner Stephane Peterhansel, who also won this year’s rally in a MINI ALL Racing Countryman.