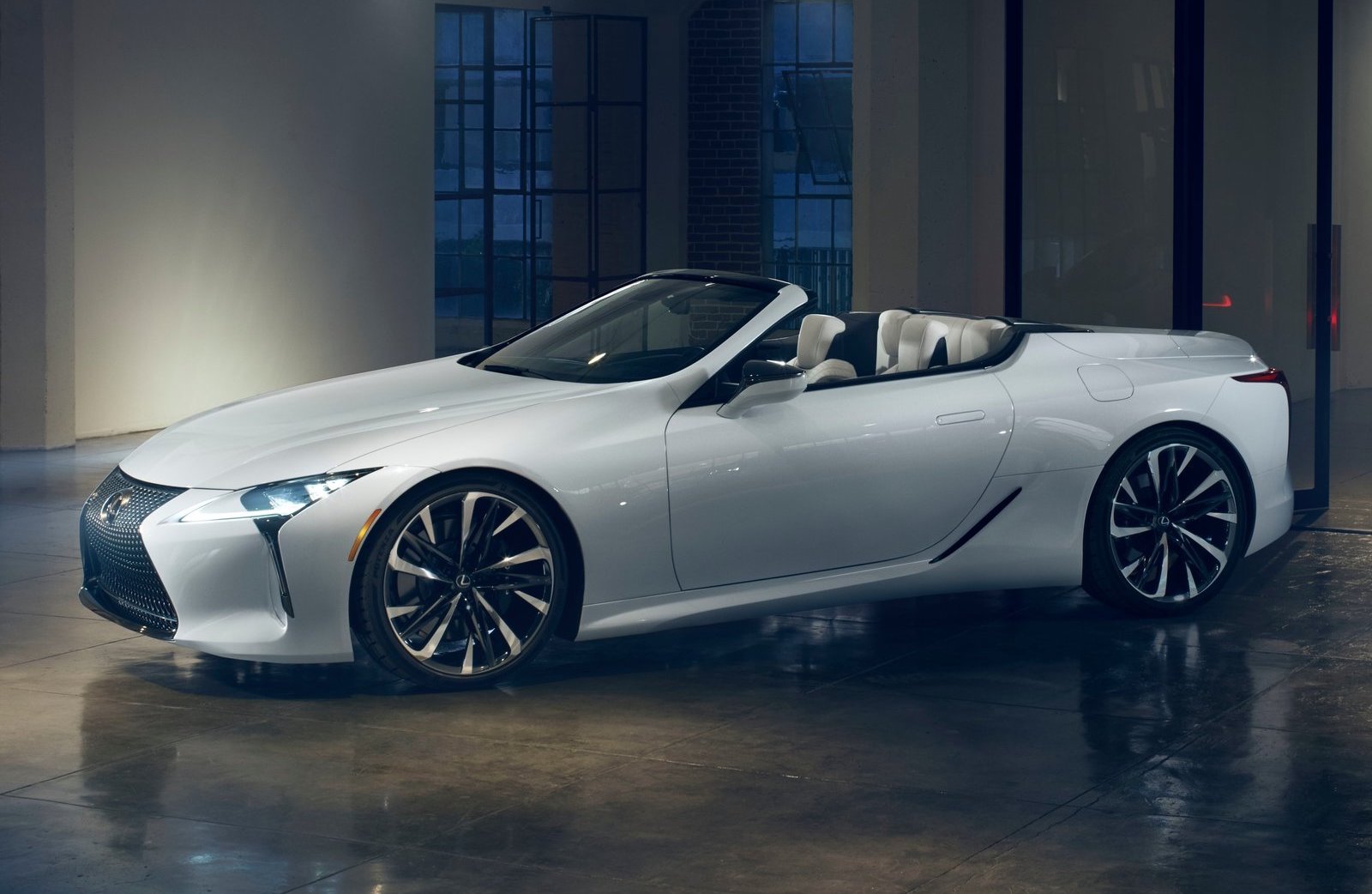 If you thought the latest Lexus LC was a gorgeous-looking car, check out this. Lexus has revealed an LC convertible concept, which makes its formal debut at the Detroit auto show this week. 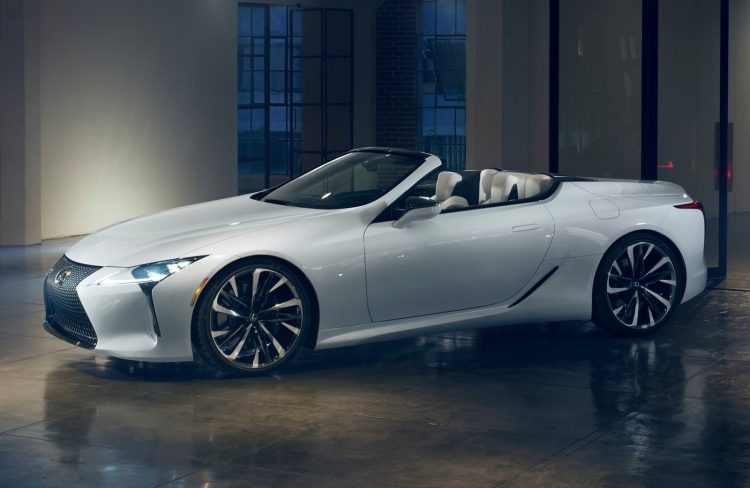 Lexus describes it as an “aspirational halo vehicle” that provides an “emphatic demonstration” of the possibilities for the grand touring luxury car. It’s based on the LC coupe, sharing plenty of design details, including that unmistakeable pointed long nose and the elegant rear haunches. Only, instead of a fixed coupe roof the concept presents a retractable soft-top roof.

With the roof peeled back the LC looks simply stunning. The coupe already poses like a princess, whatever scene it’s in. But the convertible version looks especially stylish during the night as featured here. Designers were tasked to follow a mission of creating “ultimate beauty”. Speaking about the concept, chief designer Tadao Mori, said:

“This concept takes the unmistakable design of the LC coupe and reimagines it as a future convertible. It blends all the best aspects of the original coupe with the dynamic design of an open-air convertible.” 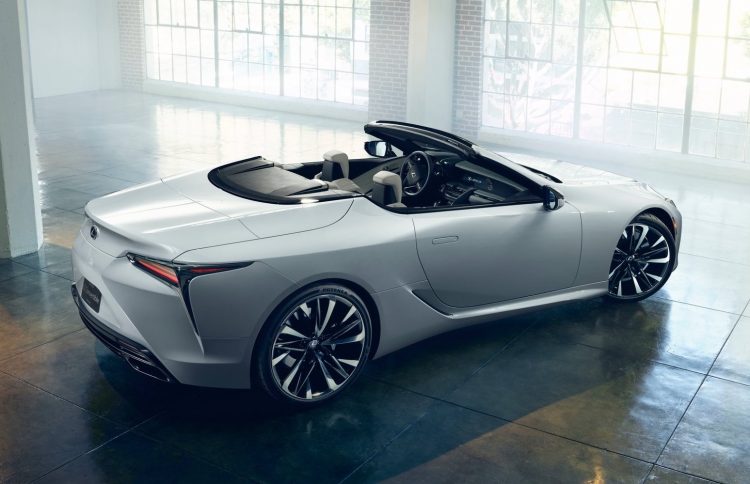 Lexus doesn’t specifically say if it uses the LC 500’s 5.0-litre naturally aspirated V8, although Mori said: “You would see its dynamic lines as you approach, hear its engine when you started it up and feel everything around you once on the road.”

This suggests it does indeed use the V8, which produces 351kW and 530Nm in the coupe. The other option is the ‘500h’ that pairs a V6 petrol with an electric motor hybrid system. More specific details are expected to be announced at the big debut in Detroit.

Whether or not Lexus will introduce a production version in the near future is yet to be confirmed. It certainly seems likely though, especially if the concept is well received which we’re sure it will be.