HSV has revealed the new HSV GTS 25th Anniversary Edition it plans on unveiling at the 2012 Australian International Motor Show in Sydney later this month. Just 125 examples will be made, each coming with $7500 in added features at just a $2000 premium over the normal GTS. 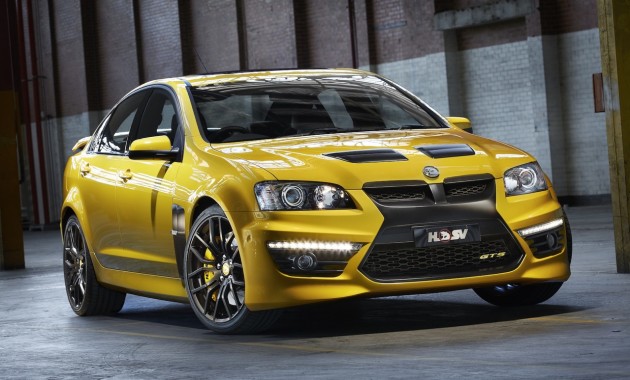 Power comes from the same 6.2-litre naturally aspirated V8 engine as seen in the GTS producing 325kW of power and 550Nm of torque – the most powerful HSV/Commodore on the market in other words. It’s able to sprint from 0-100km/h in around 5.3 seconds.

For the 25th Anniversary Edition, the GTS comes with a number of contrasting ‘Satin Graphite’ highlights, such as graphite vents in the bonnet and behind the front wheels, and a set of lightweight 20-inch forge alloy wheels that are 22kg lighter than the standard GTS items.

It also comes with six-piston HSV brakes on the front with a pad area that is 50 per cent larger that what is featured on the normal GTS. Other features include Magnetic Ride Control with ‘Performance’ and ‘Track’ modes, a high-flow bi-modal exhaust system, a ‘Superflow’ rear spoiler, and tyre pressure monitors.

Each of the editions come with their own special build plate and number signifying the rarity, as well as special 25th anniversary badges and logos throughout.

These are sure to be sort-after classics in the future.

Prices for the limited edition are as follows: