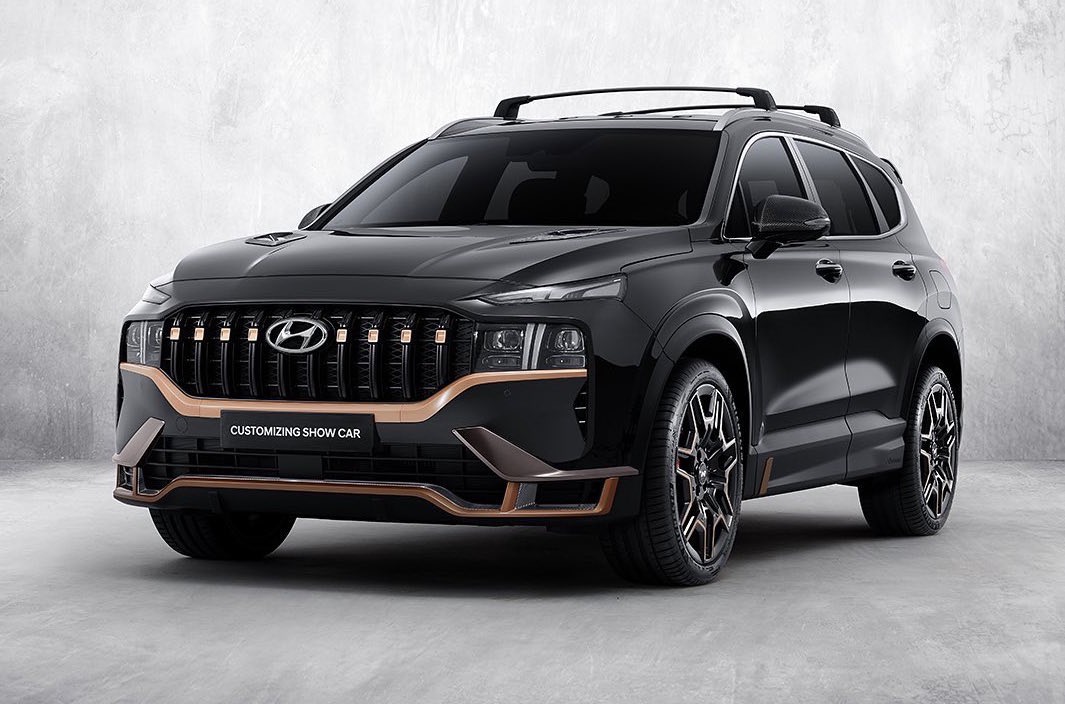 Hyundai has revealed some N Performance enhancements for its upcoming 2021 Santa Fe, giving the new 7-seat SUV a very cool sporty flair. At this stage is it being introduced in South Korea only, but that might change. 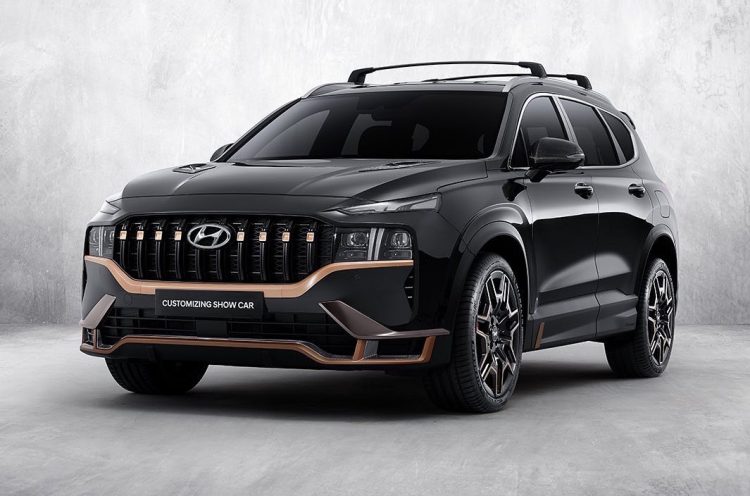 The Santa Fe N Performance package is more of an option pack than an outright performance variant. However, it could give us some clues as to what a ‘Santa Fe N Line’ could look like. Hyundai has been ramping up its N Line variant options, first with the i30, and then the overseas i10, Tucson, and soon the Sonata.

For now the N Performance package gives the SUV a range of interesting and alluring enhancements. At the front you’ll notice the unique bumper bar and grille which incorporates black mesh and some bronze highlights. There’s also a neat side skirt trim and a sizeable dual rear spoiler.

Take a closer look and you’ll notice some parts are in carbon fibre, such as the side mirrors and rear diffuser element. Unique twin-outlet dual exhausts are also added, and there’s a set of 21-inch alloy wheels in black. These are apparently the largest wheels ever fitted to a production SUV from Hyundai. Behind the wheels there’s also evidence of some kind of sports suspension setup with red springs. 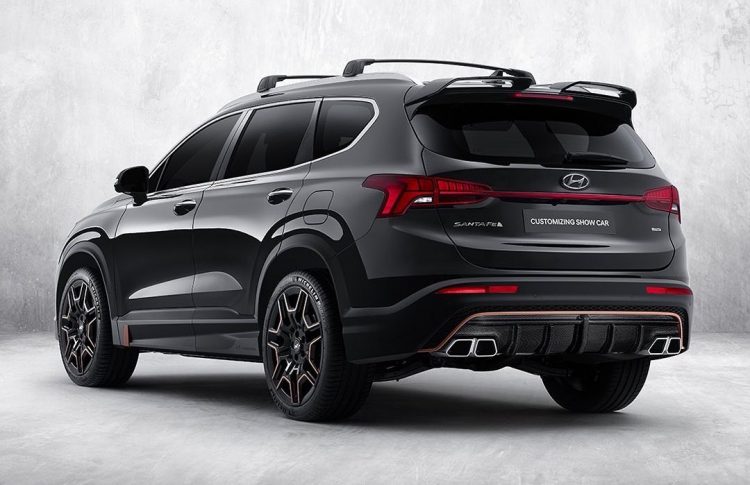 Some enhancements are also made to the interior, with special seats trimmed in diamond-stitched leather and complimented with red highlights. Hyundai is even offering an N Performance Indoor package which brings in N Sport seats for the first two rows. Carbon fibre is applied to the steering wheel, seat-backs, centre console, and door trims, with sections of Alcantara for that racy feel.

Overseas, the 2021 Santa Fe will be offered with Hyundai’s new 2.5-litre turbo-petrol four-cylinder engine. It produces around 213kW and 419Nm (translated from Korean specification). This is hooked up to an eight-speed dual-clutch auto transmission. A 169kW 1.6-litre turbo-petrol hybrid will also be offered, featuring the same eight-speed dual-clutch auto.

Unfortunately, Australia won’t be receiving the new 2.5T or the 1.6T hybrid. Our understanding, at least for the hybrid, is that production allocation is being directed to overseas markets where there are strict emissions laws. Since Australia doesn’t really have any modern emissions laws, we’re going to be left with the trusty 2.2-litre turbo-diesel and 3.5-litre petrol V6. Fingers cross this N Performance pack is sent over our way though.