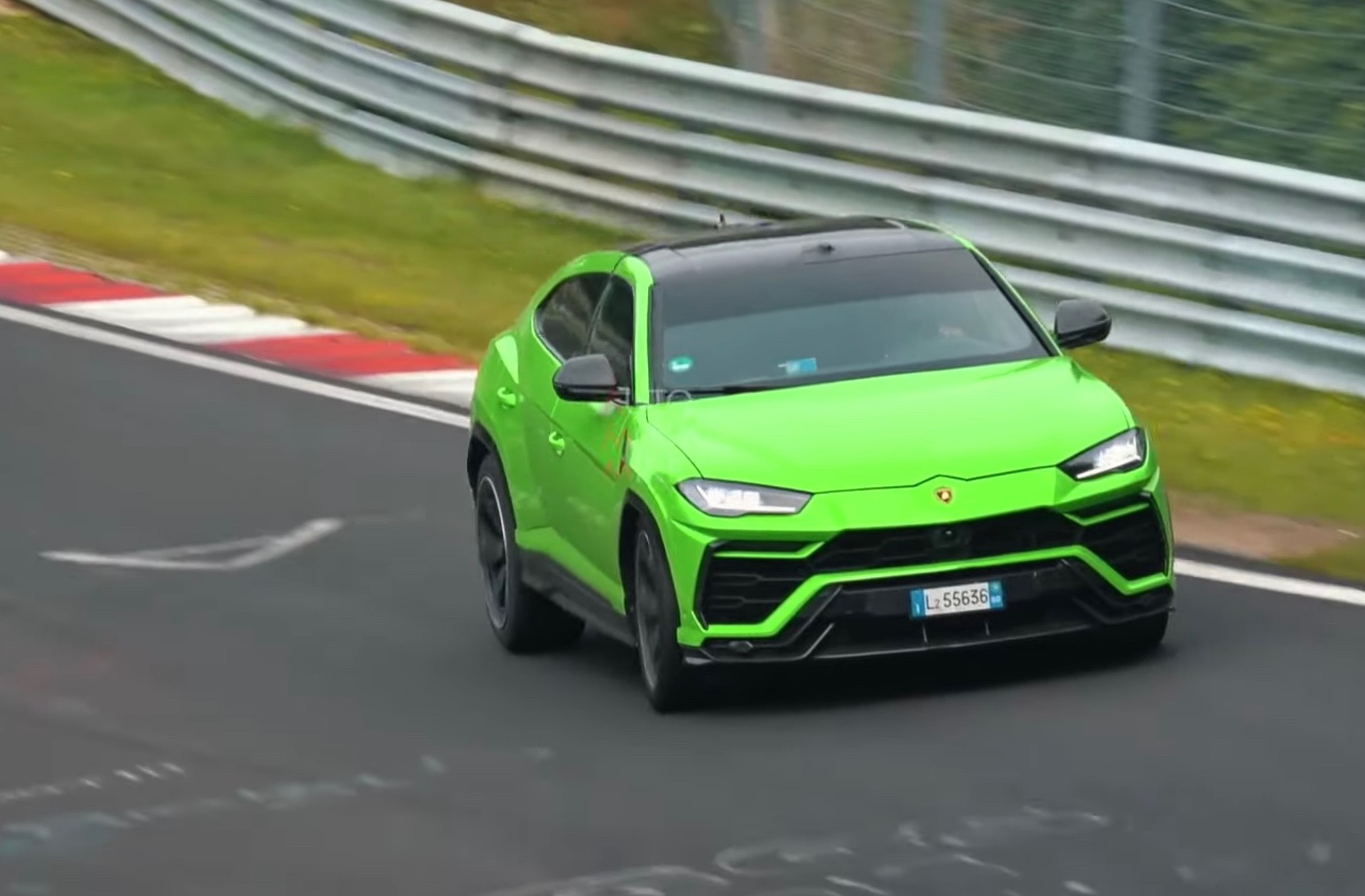 Lamborghini has been spotted testing a Urus around the Nurburgring in Germany, potentially laying down some benchmarking for a hotter Urus ‘Performante’ variant. 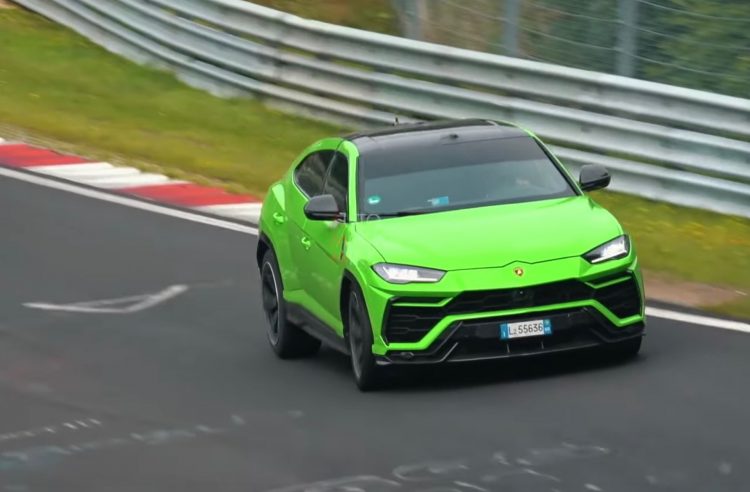 A test vehicle was spotted at the notoriously punishing circuit during industry testing sessions, which suggests Lamborghini is there for an important reason. Speculations have been circulating for some time regarding a higher performance version ever since the Urus first hit the market just over a year ago.

We can’t seem to find any specific details that suggest this is the makings of a Performante variant. It all looks pretty normal to us, including the Verde Mantis bright green paint and quad-outlet exhausts. Even the wheels look like the ones available on the standard model.

However, the SUV does look a bit lower in terms of ride height in our opinion. The gaps between the tyres and the wheels arches appear to be very small compared with the standard model. And that’s keeping in mind the standard model is available with adjustable air suspension; the lowest driveable mode isn’t quite as low as this.

This would fall in line with what a Performante edition – name not confirmed – would come with; a unique and more hardcore sports suspension setup. It would be implemented to help lower the Urus’s centre of gravity, as well as reduce any bodyroll and improve handling sharpness.

Another interesting detail we notice is that the vehicle does appear to feature a roll cage setup and the driver is wearing a full-face helmet. Roll cages are usually installed by manufacturers into their prototypes only when they know they are doing some really hard and fast testing. Perhaps Lamborghini is planning to take down the SUV lap record at the circuit? The current SUV record is held by the Mercedes-AMG GLC 63 S, which did a lap in 7:49.

A performance version would likely receive some work under the bonnet. The standard model uses a 4.0-litre twin-turbo V8 to belt out 478kW and 850Nm. This is already enough to see 0-100km/h done and dusted in a claimed 3.6 seconds (although, we’ve timed the sprint in just 3.44 seconds).

A performance variant could see 500kW or more extracted from the same engine, or Lamborghini might infuse some hybrid tech like with its recently-revealed Sian hypercar. The 4.0-litre engine is actually very similar to the V8 that’s used in the Porsche Panamera and Cayenne Turbo S E-Hybrid models, which develop 500kW.

It is only early days yet so we’ll have to wait and see to know for sure what’s going on here. We’re also keen to see how the Urus is doing in terms of sales numbers around the world. It’s expected to become the best-selling model for the company. We’ll be sure to report the full annual results at the end of the year.

In Australia, Lamborghini has so far this year (through August) sold 57 examples of the Urus, making it the best-seller for the company already. The Italian brand has sold 48 other vehicles, of coupe or convertible variety (models not specified). Thanks to the Urus, brand sales are up 18 per cent.

Check out the spy video below and feel free to tell us what you think, especially if you notice any peculiar details.