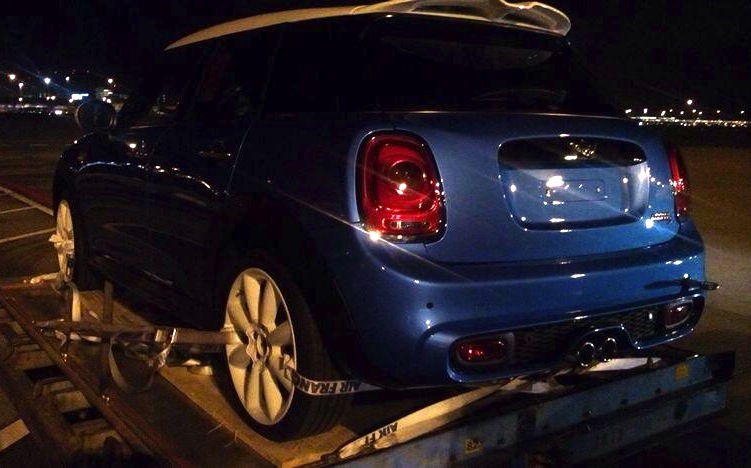 A five-door version of the new MINI Cooper has been spotted at what looks to be a shipping yard, giving us all a preview of the roomier model destined to hit the market later in the year. 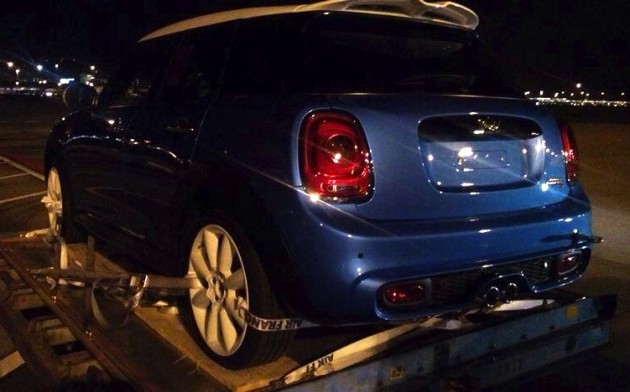 The five-door Cooper will be the first wagon new MINI, remembering the panel van Clubman versions only feature four doors.

MINI has said it will be expanding its showroom range to cater for more market sectors. In recent years the company has introduced a coupe, roadster, the Clubman and even the Countryman SUV.

The five-door is set to come with slightly shorter front doors than the regular Cooper, small rear doors, and a full rear bench with seating for three (as opposed to two). Around 5cm of added legroom will apparently be on offer over of the regular Cooper.

Under the bonnet, the five-door wagon is expected to showcase a similar engine lineup as the other Cooper brothers. By the looks of this spotted pre-production model, a Cooper S is on the cards, while entry-level petrol and turbo-diesel variants are also likely. 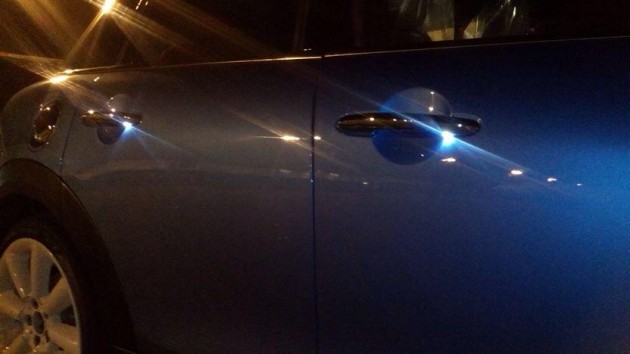