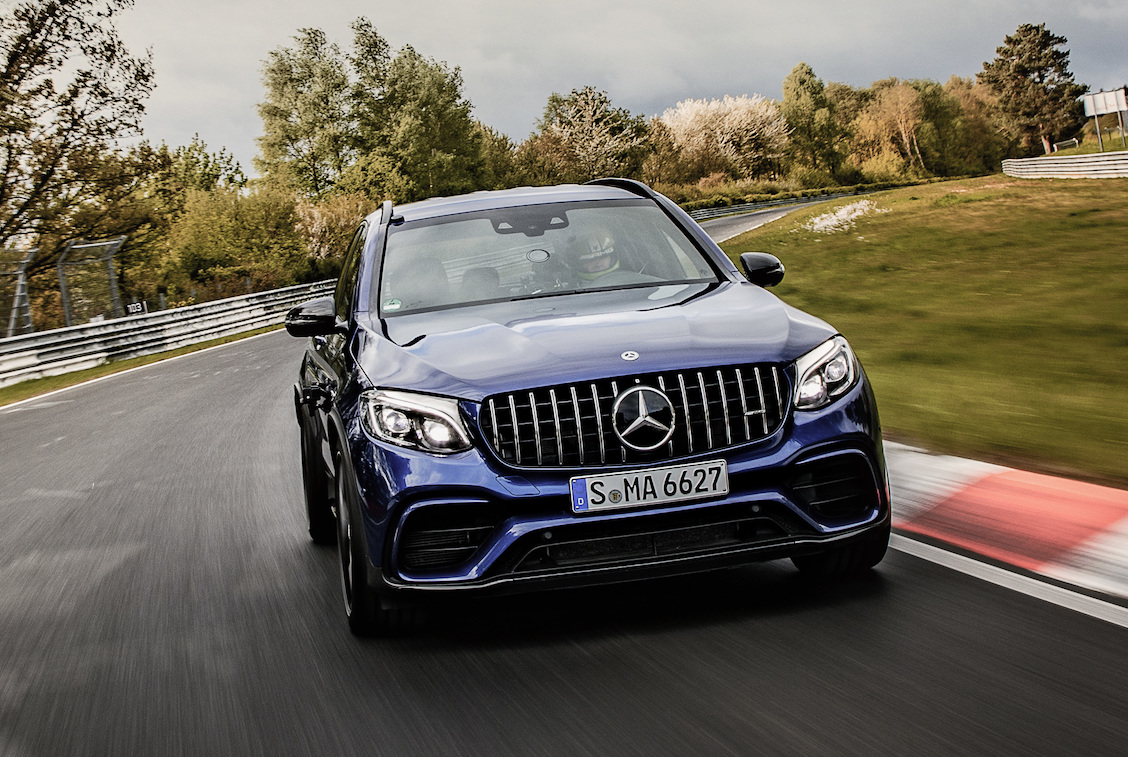 Mercedes is getting in on the Nurburgring lap recording-setting action, knocking the Alfa Romeo Stelvio QV from its pedestal by setting a new lap record for a production SUV, using the GLC 63 S. It has just set a lap in 7.49.369. 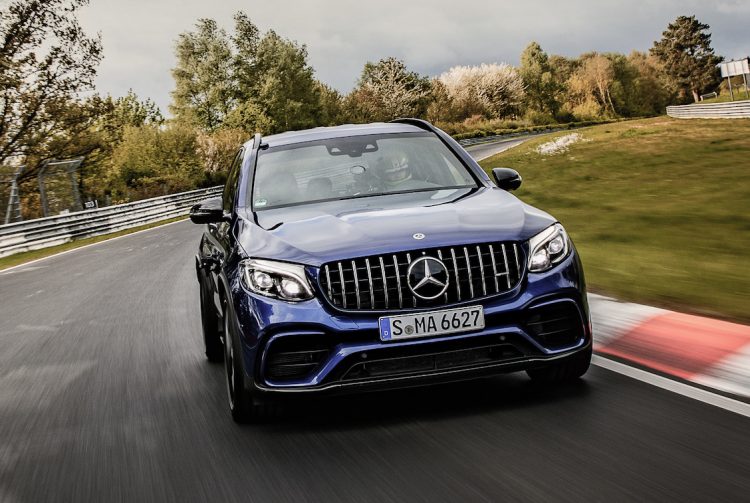 Well, it always had the potential to set a cracking lap, the GLC 63 S. What with its 4.0-litre twin-turbo V8 that produces an almighty 375kW and 700Nm. This is 100Nm more than the Alfa Romeo, although it does share the same 0-100km/h claimed sprint time of 3.8 seconds.

In “autumnal” track conditions, Mercedes says, its AMG development engineer Markus Hofbauer piloted a production-spec version around the Nurburgring in record time. The time was verified by independent experts in timing, ‘wige Solutions’, while another independent party confirmed the vehicle was in accordance with regulations. In a recent statement, Mercedes said:

“With an officially measured and notarised lap time of 7.49.369 minutes, the Mercedes-AMG GLC 63 S is the fastest series production SUV in the world on the North Loop of Nurburgring. In autumnal track conditions, AMG development engineer Markus Hofbauer at the wheel of the series-production eight-cylinder model bettered the previous record time by a competitor at the first attempt.”

Despite saying it was the first attempt, Mercedes was spotted earlier in the year doing some suspiciously heated laps in a GLC 63. In fact, it appears to have been the exact same Cavansite Blue vehicle.

With this lap time, the GLC 63 S has beaten the previous SUV lap record holder, the Alfa Romeo Stelvio QV, which set a time of 7:51.7. There isn’t much in it but it is enough. It will be interesting to see if BMW will attempt a record in the upcoming X3 M, or if Jaguar will want to attempt it in its more powerful F-PACE SVR with 404kW.

You can check out the full lap video of the Mercedes below for proof. It definitely looks like a quick lap, hitting speeds of over 260km/h.