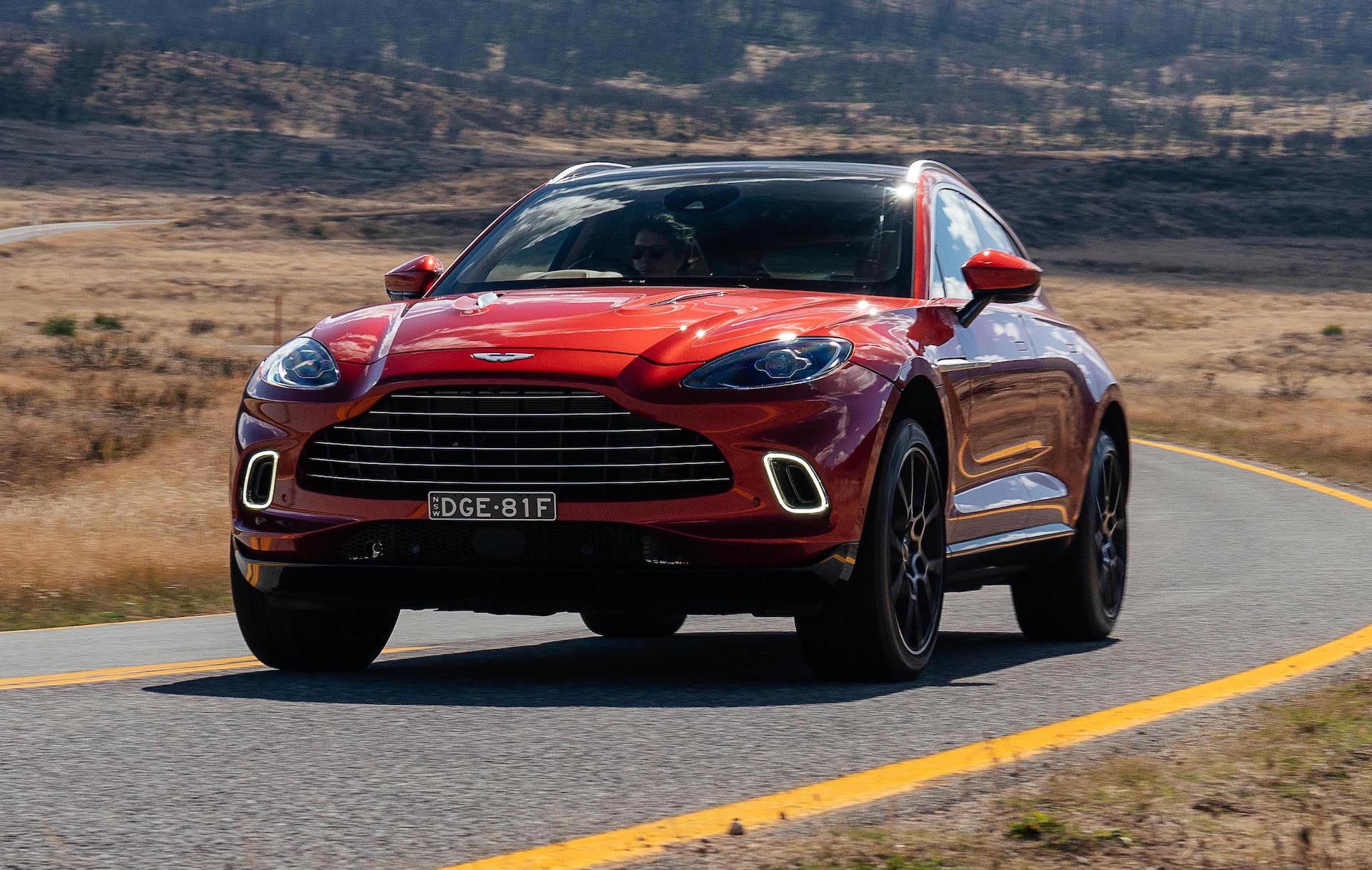 For a brand that’s only produced one sedan (the Rapide) after an eternity of making fast two-door coupes and convertibles, the 2021 Aston Martin DBX has arrived to attack the luxury SUV segment. Is it a case of better late than never? 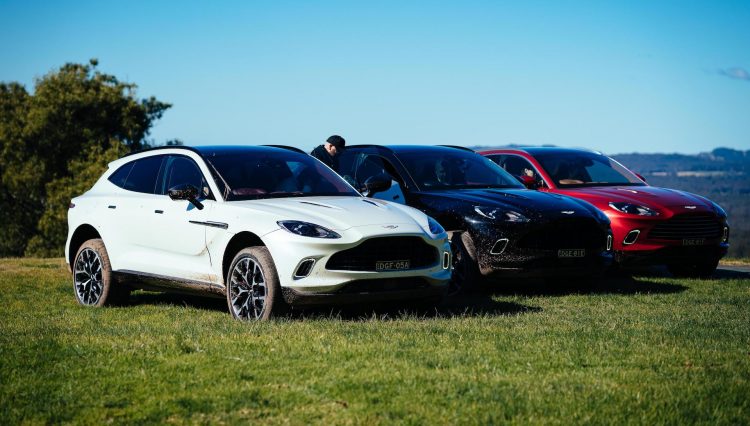 First customers of the Aston Martin DBX in Australia were handed keys some months ago, though, due to restraints from COVID-19 the Australian press launch for the DBX was put off until now.

During the test we sampled two of the three DBX vehicles available for our launch drive. The DBX comes as one spec with an extensive list of options available to tailor things to your taste.

Prices start from $357,000 (excluding on-road costs). For this money you get an interior that’s lavished with leather, plenty of tasty creature comforts, a bespoke chassis that’s been tuned to be enjoyed, and most important of all, a gutsy 405kW/700Nm Mercedes-AMG-sourced 4.0-litre twin-turbo V8 engine.

The DBX’s starting price places it right in the territory of the Bentley Bentayga ($364,800) and Lamborghini Urus ($391,968). With all three models offering strong performance, standard kit and presence, it’s almost a tussle for which badge pulls at your heart strings the most. Let’s take a look at what we learned about the DBX on the Australian launch. 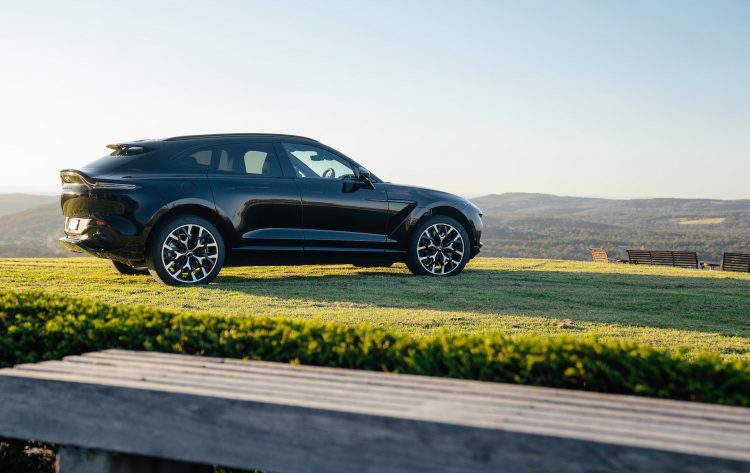 Visually the DBX retains the styling cues that are so common with the British marque. The side profile presents a coupe-like glasshouse – which was made very evident when it was parked next to the Vantage lead car on our drive. The front of the car is unmistakably Aston Martin thanks to its huge front grille (we’re unsure if it flips back to showcase a line of missiles). And how can we not mention the Vantage-esque ducktail at the rear? In person there’s quite a lot to take in, but we were told the DBX was designed to look like an Aston Martin from every angle.

Step inside and you’re greeted with more of the Aston flavour we’ve come to know. First off you’ll notice the highly detailed leather dash which flows more like it’s in a coupe than an SUV. The 10.25-inch centre display is home to many of the DBX’s features, with an even bigger 12.3-inch display for the driver. The front seating position is set up in a way that feels more like a GT than a tall SUV. Passengers (even tall ones such as this writer) will find plenty of room (both for your legs and head) and comfort from any of the three seats in the back. 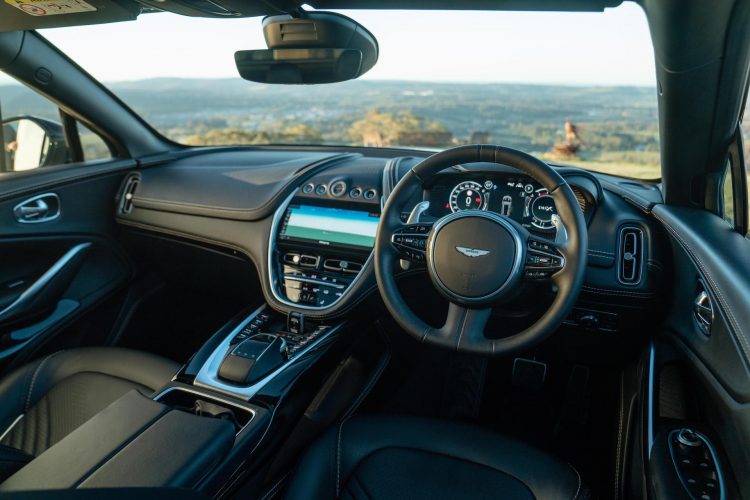 The DBX puts its 405kW/700Nm of AMG V8 muscle to the ground through all four wheels via a nine-speed torque-converter automatic. The beauty we found while driving the DBX through various country roads, city streets and open freeways is that it’s quite as happy to plod along at low revs as it is scuttling down a country back road at speed. Even a bumpy one plagued with potholes. The flappy paddles mounted to the steering column definitely love a workout, put it that way.

Driving modes, while we didn’t have a chance to test all of them, GT, Sport, and Sport Plus all vary the attitude of the DBX on the road. GT was great through the back roads of the Southern Highlands in NSW; not being too aggressive in nature that you feel like you’re on a racetrack but intuitive enough should you want to move swiftly. We did test Sport Plus briefly, and we will say that the steering, gearbox and engine all feel super responsive and awake. If you want to move quickly, Sport Plus is up for the challenge. 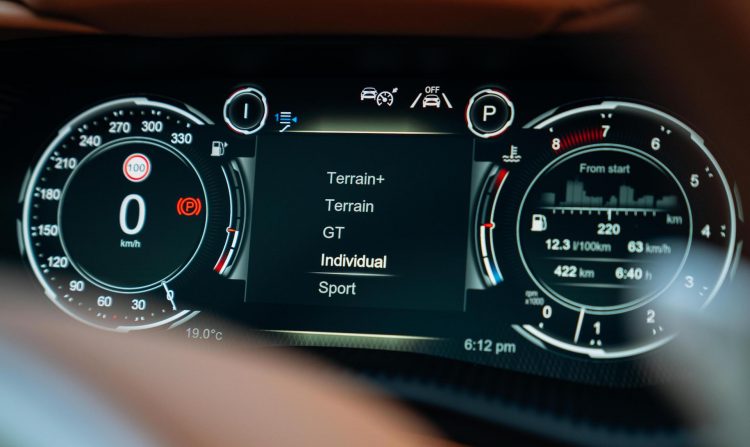 The DBX’s suspension is a ‘global tune’, which is certainly fine around town and on the freeway. It’s when the road gets quite bumpy/Australian (think potholes and the like) it can send some rather decent jolts into the cabin if you’re driving in a spritely manner. We found smoother roads are better if you’re in the mood for some Sport Plus action.

Power down through all four wheels is really, really good. The DBX rarely feels cumbersome given it tips the scales above 2200kg. Shifting direction can be done at speed with confidence, allowing you to brake into corners and power out with a smile. The DBX utilises a 48-volt active anti-roll control system to keep the SUV flat in corners for optimum driver feel and grip. We tested this in a number of corners and it’s certainly a plus to not feel like you’re in a boat at sea when manhandling things at speed. 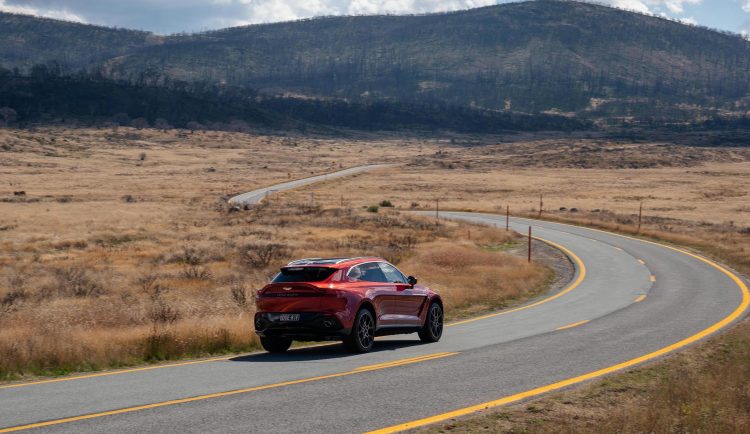 From a standing start Aston Martin says the DBX will shoot from 0-100km/h in 4.7 seconds. The DBX certainly feels fast, but it doesn’t feel Lamborghini Urus fast, or even as fast as some of the Mercedes-AMG models. Where it feels quick is in GT or Sport mode on a country backroad. And then there’s the noise when you’re into it. It’s definitely got that AMG soundtrack, albeit turned down a few digits.

During our drive we made our way to a private farm to refresh. But the main reason was to drive through a brief off road course to see how the DBX would go in Terrain Plus mode. Terrain Plus raises the ride height by 45mm (from 190mm standard clearance) and prepares traction and stability control as well as the four-wheel drive system for unsealed surfaces. Standing outside the car it’s interesting to watch the DBX go from looking like an oversized, hunkered down performance car to a rather tall SUV that’s ready to hit the dirt tracks. 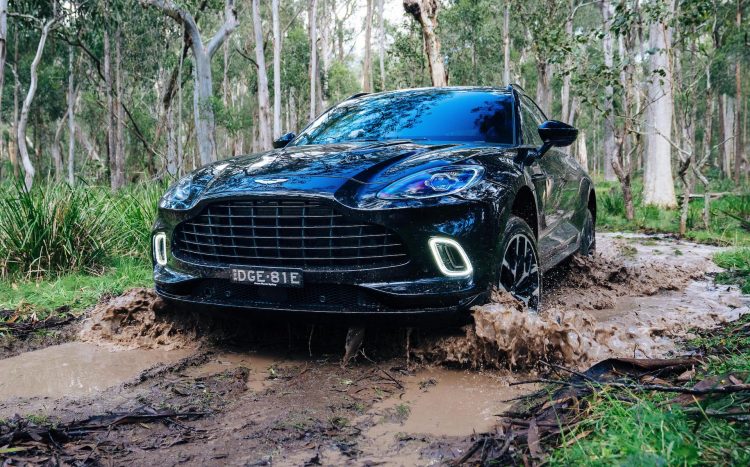 The four-wheel drive system is totally capable of travelling through slippery and rocky undulated tracks and tricky situations, and the fact the front and rear overhangs are quite short means you can approach steep angles with no nervousness.

As we clambered over muddy wet mounds and drove down loose gravel twisty sections, the DBX wasn’t afraid to use its grunt and traction to get the job done. It certainly has a rearward-biased drive feel about it in the slippery stuff, with the front wheels doing what they need to to keep everything headed in the right direction. 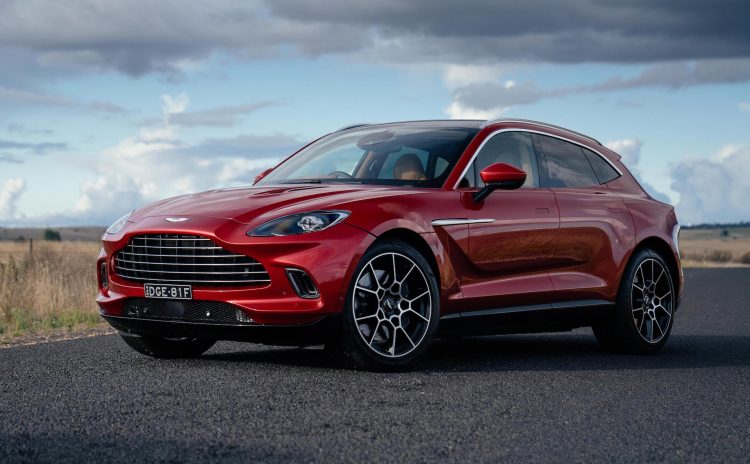 It’s hard to speak about build quality when the two DBX models we tested were pre-production models. But one thing we can say is that the quality of materials used pushes good justification for the price. All surfaces are lush to touch. And inside is such a pleasant and special place to be.

Styling is always subjective, that said, putting a DBX on your front lawn or in front of your favourite cafe, it’ll certainly get heads turning. In our time with the car not one onlooker passed it by without looking twice. The DBX is a luxurious, spacious place to be, offering excellent road holding and exhilarating performance, all wrapped up in a proudly British way.