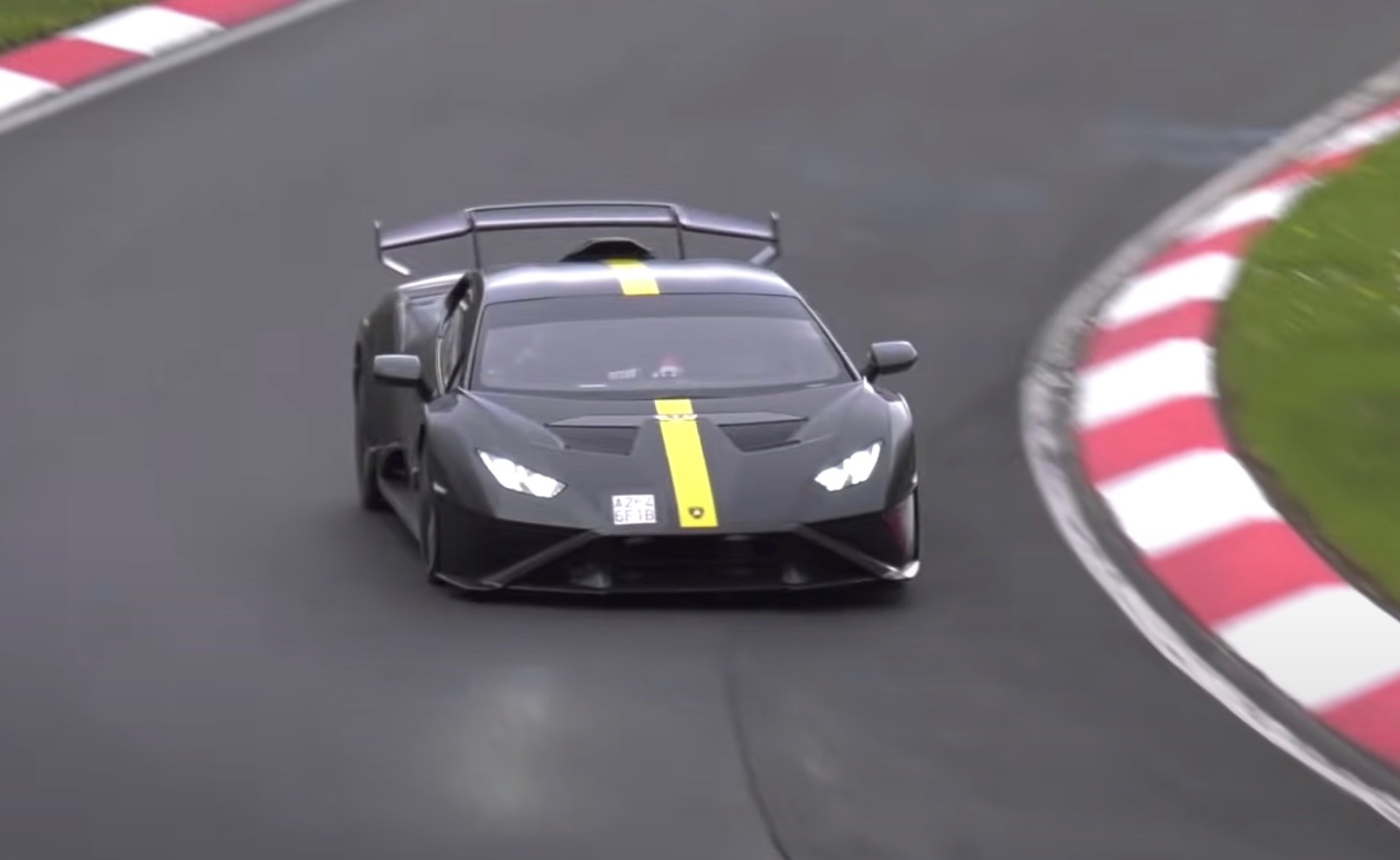 Lamborghini has been spotted hanging around the Nurburgring with a Huracan STO, looking quite suspicious, frankly. Could there be a new lap record in the making? 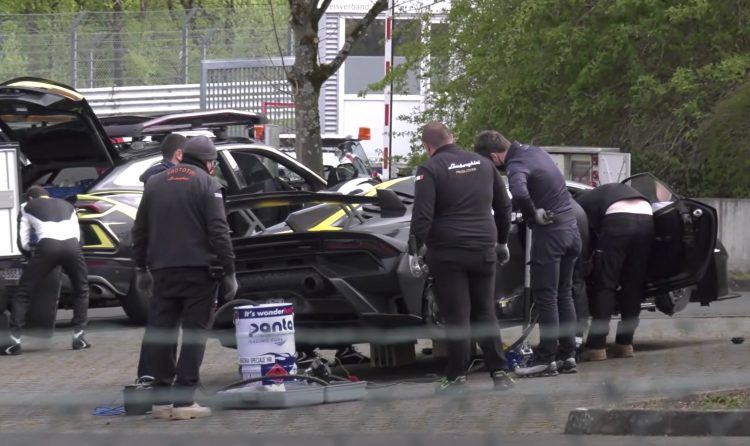 Engineers are seen crowding around an example of the new STO, changing wheels and tyres, and potentially making tweaks to the suspension. To us, it all smells very serious. And then there’s a barrel of “racing fuel” clearly seen near the car. Although, we obviously can’t confirm if there is actually racing fuel in it.

The new Huracan STO has a very real chance at taking a new lap record at the Nurburgring. Even though Lamborghini vehicles were not really known for their track performance in the past – more about high speed and looking good – the company has recently set two lap records at the German circuit. 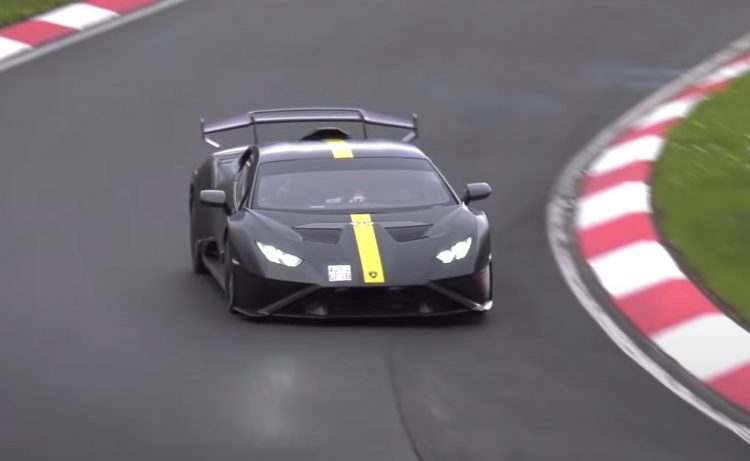 We’re guessing Lamborghini is wanting the record back. The STO is certainly the perfect tool for the job. It’s powered by a 5.2-litre naturally aspirated V10 that belts out 470kW and 565Nm. Acceleration from 0-100km/h is claimed in 3.0 seconds, with 0-200km/h requiring just 9.0 seconds. 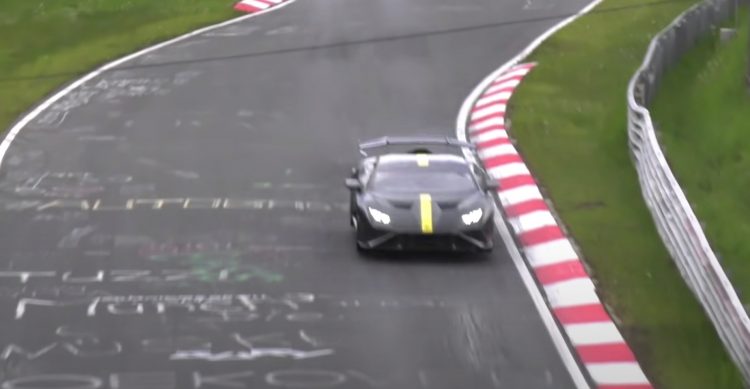 However, there is much more to the STO than acceleration. Thanks to various weight reduction measures the STO is about 43kg lighter than the old record-breaking Huracan Performante. It also features hardcore adjustable aero elements, carbon-ceramic disc brakes, and enhanced suspension.

The spy video below shows a test driver absolutely flogging around the circuit, even catching some air over the notorious jumps. Whatever is going on here we’re sure Lamborghini will be quick to tell all once and if a new record is achieved. Check out the video below to see for yourself.