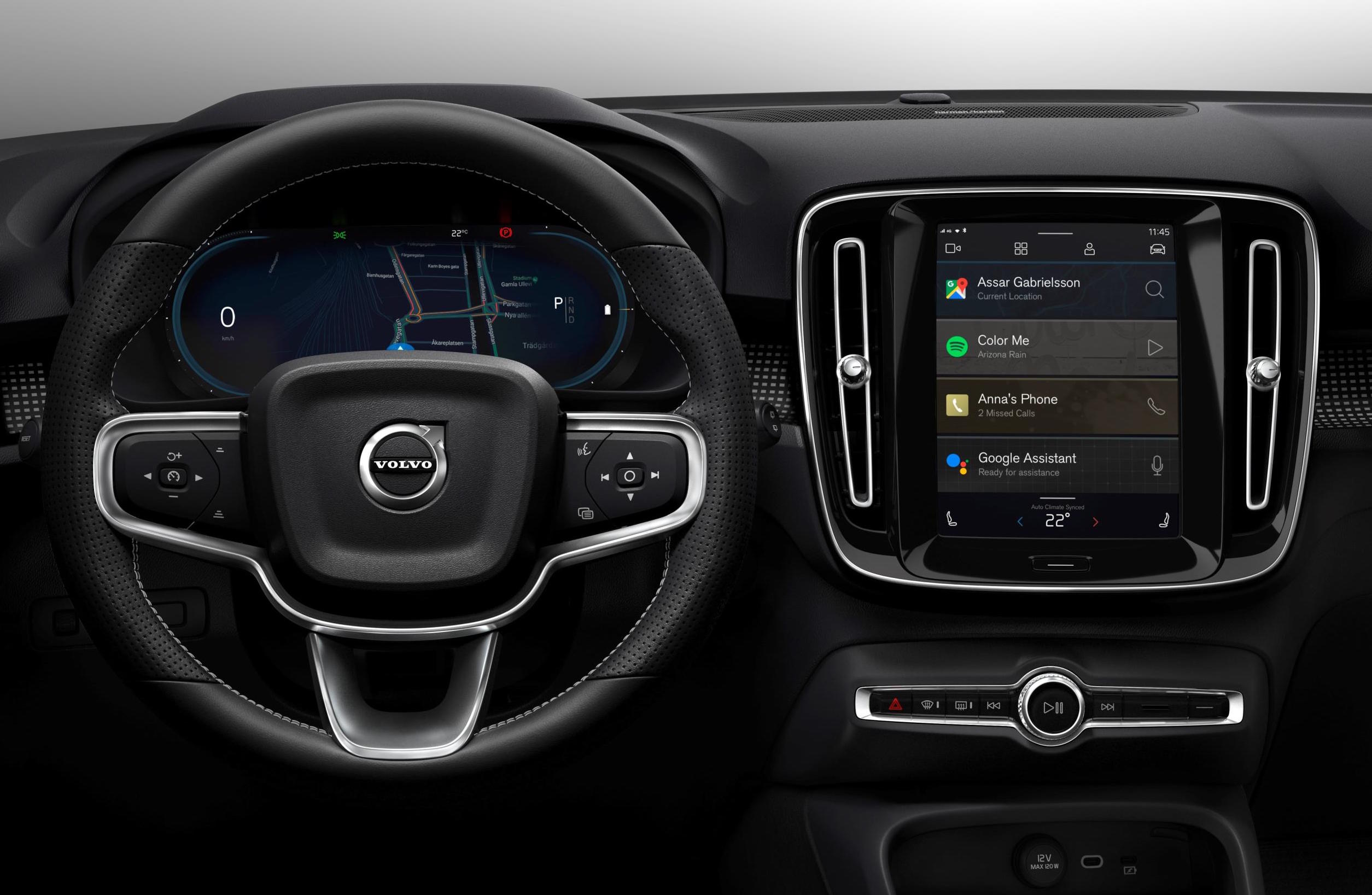 Following the initial teaser and confirmation of the Volvo XC40 electric last week, the Swedish company has now released an image of the interior which showcases a brand new touch-screen media interface. 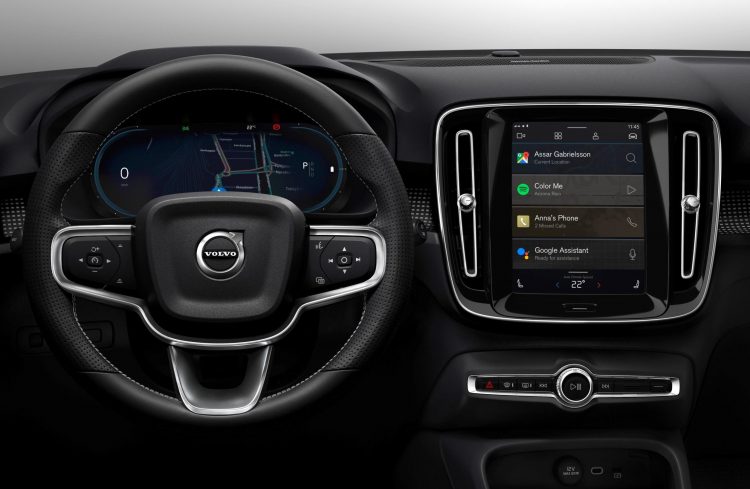 Volvo is planning to launch an electric version of its XC40 later this year. It will come in as Volvo’s first full-electric vehicle, excluding models from its sister brand, Polestar. No specifications have been announced as yet, but last week Volvo confirmed the SUV will showcase a new front boot area, offering 30L of cargo volume.

Now the company is confirming the new model will debut a fresh touch-screen infotainment system which could be rolled out into other models down the track. The system is powered by Android and features “unprecedented personalisation” capabilities. It also comes with embedded Google services, such as Google Maps and Google Play Store.

More specifically, it runs on Android Automotive Operation System, which is Google’s open-source platform. It is fully connected to the internet and provides real-time updates, with Google Assistant functionality. Henrik Green, chief technology officer at Volvo Cars, spoke about the new system in a statement, saying:

“We are finally giving you the same experience in your car that you’re used to on your phone, but adapted for safe interaction while driving. And by introducing over-the-air updates for everything from maintenance to completely new features, the car can stay as fresh as your other digital products, always with the latest and greatest features.” 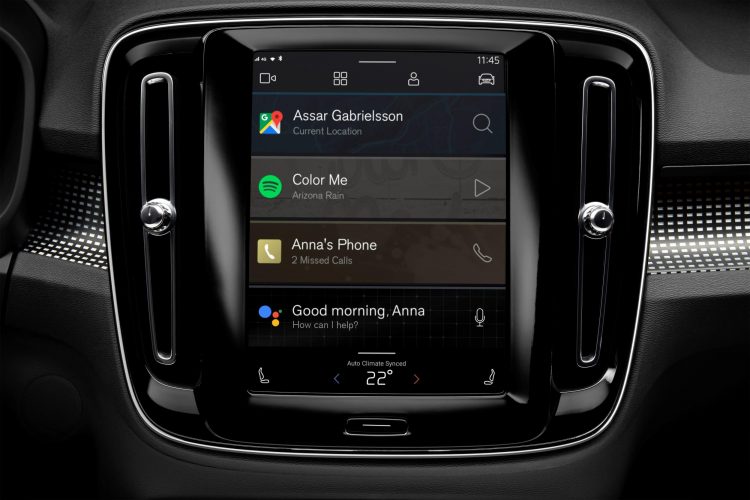 Incorporating Google Assistant means users will be able to prompt functions simply by speaking to the system. This includes adjusting the in-car climate control, selecting music, sending messages, and setting a destination for the Google Maps satellite navigation. This, Volvo says, helps to reduce driver distraction, and in turn improve safety.

The XC40 is almost the best-selling Volvo in Australia. During the first nine months of this year (according to September VFACTS), Volvo sold 2266 units, which is up 135.8 per cent on last year. It’s only just behind the XC60, which has accumulated 2491 sales, up 18.1 per cent year-to-date.

It’s understood the fully electric XC40 will be offered in Australia next year, following its reveal on October 16.