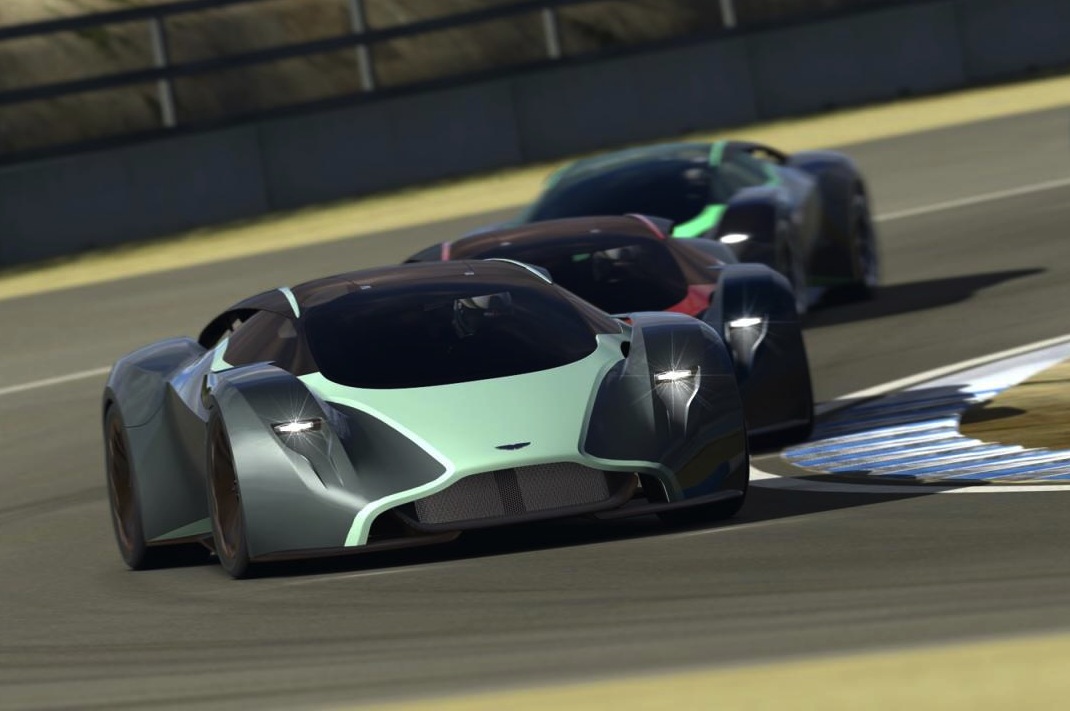 Aston Martin has jumped on the Sony PlayStation Gran Turismo bandwagon and designed a special DP-100 Vision Gran Turismo concept for the popular console game. It made its debut at the Goodwood Festival of Speed, currently underway. 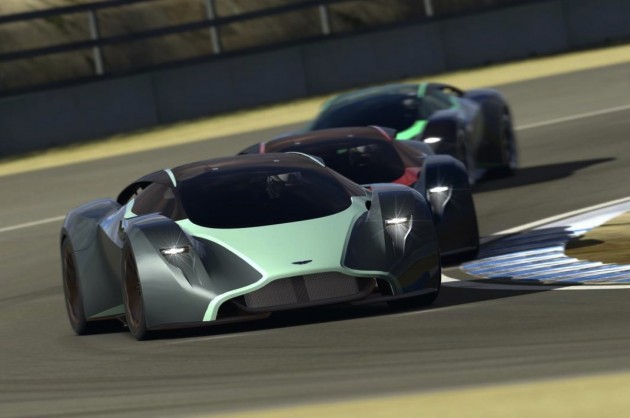 This is one of the most spectacular Aston Martin concepts we’ve ever seen. It features a mid-engine supercar layout with a twin-turbo V12 producing 597kW. Acceleration figures, ahem, virtual acceleration figures haven’t been mentioned, however, Aston says it offers blistering performance.

Underneath, you’ll find a sophisticated functioning suspension system with high-tech electronics to help it rail around corners.

In terms of design, this is a new direction for the British company. It’s a very low profile layout with a swooping main glasshouse structure, an angular nose, a tightened waist, and an aggressive tail with a race-like diffuser. Company designers spent around six months coming up with the masterpiece. 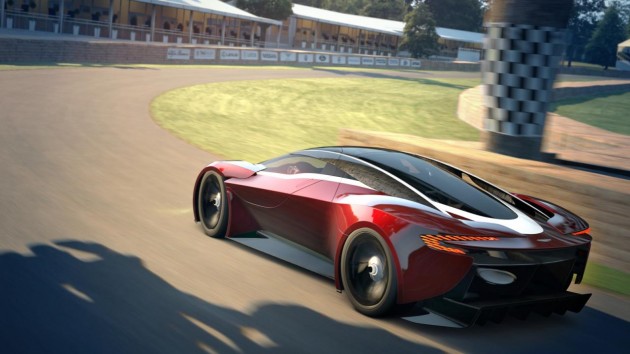 Although it is just a crazy concept at this stage with no plans for anything like it to go into production any time soon, Aston Martin says some elements may inspire future styling philosophies. Marek Reichman, Aston Martin design director, said,

“As with the CC100 Speedster Concept, many of the design cues visible in DP-100, such as the light blade rear lamps, could also feed through into future sports cars that we’ll launch in the offline world so the importance of this project should not be underestimated.”

The car will be available for download and play in the Gran Turismo 6 Sony PlayStation game in July.