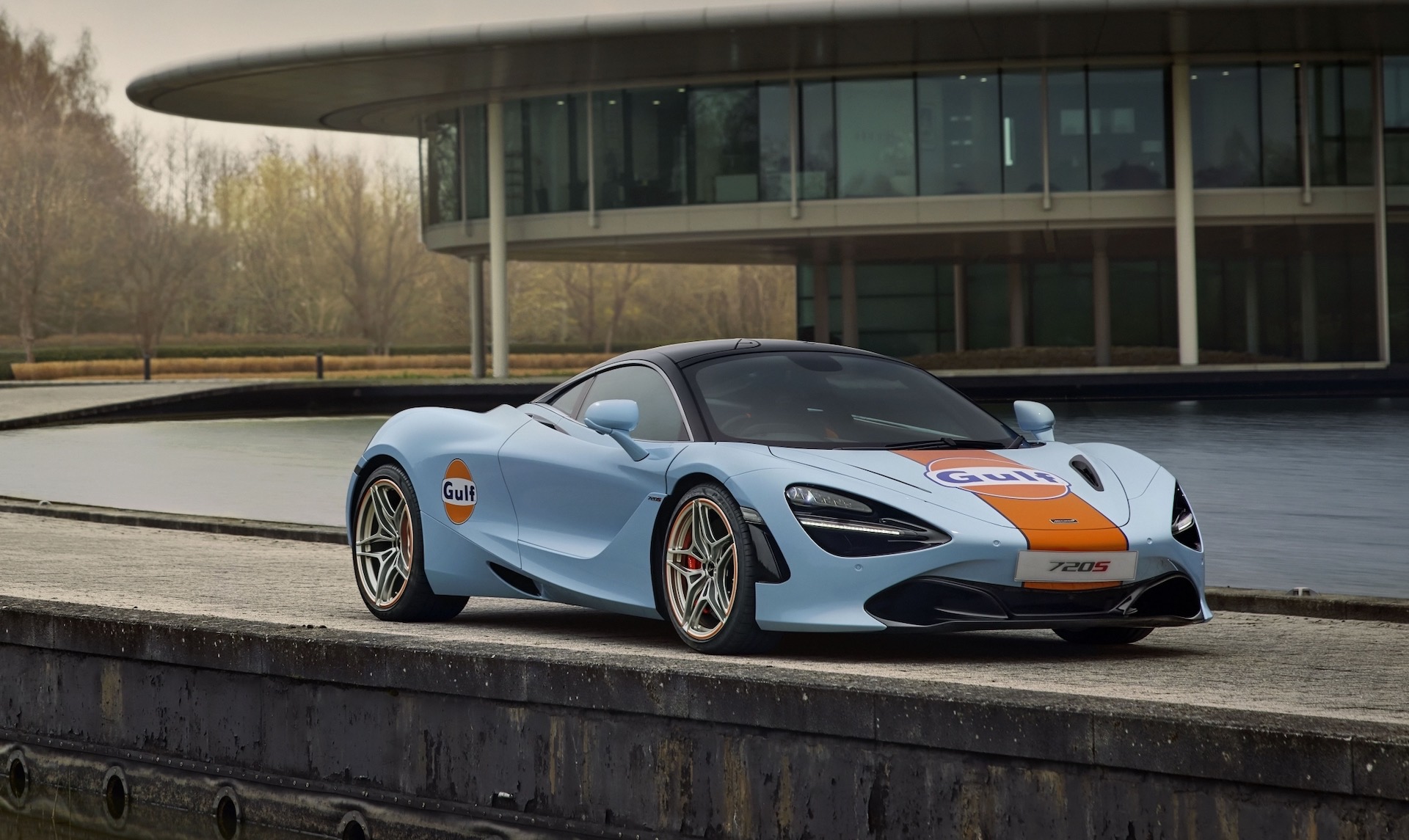 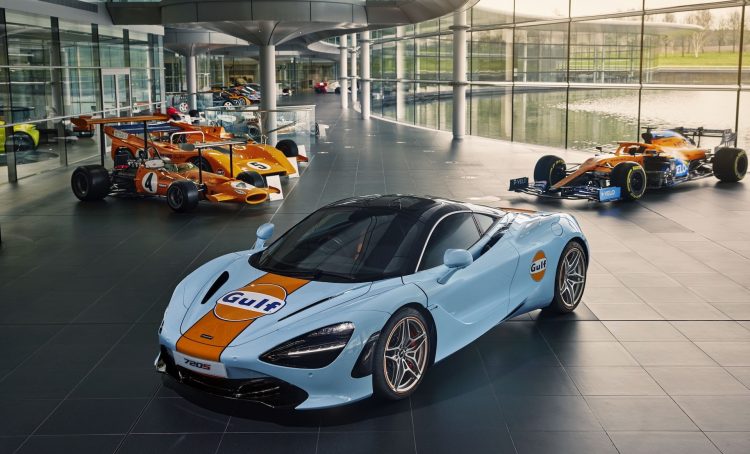 The project came about as Gulf Oil International confirmed it would reignite its alliance with McLaren, with a renewed agreement announced last year that will see Gulf as one of McLaren’s major strategic partners. The agreement saw Gulf become McLaren Automotive’s preferred supplier of lubricants, with future high performance engines coming out of Woking set to be lubed up exclusively by Gulf oil products.

The two have quite a long and historic past, after first partnering up back in 1968 in Formula 1 and Can-Am competitions which stretched out to 1973. They teamed up once again in the 1990s with the GTC Competition team’s iconic McLaren F1 GTR, which took out the 1996 BPR Global Endurance Series as well as the 1997 Le Mans event in the GT1 Class. 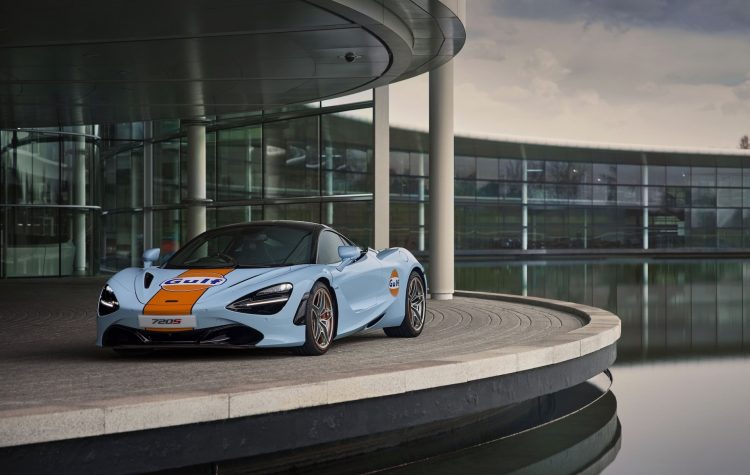 The latest 720S wrapped in Gulf livery celebrates the collaboration, with McLaren adding that a limited number of customers will also have the opportunity to have their supercar hand-painted by the MSO team in Gulf colours.

McLaren says that after a number of attempts, the MSO team has settled on a pallet of premium paints supplied by AkzoNobel after more than 20 days of work on behalf of MSO’s team of craftsmen and women. 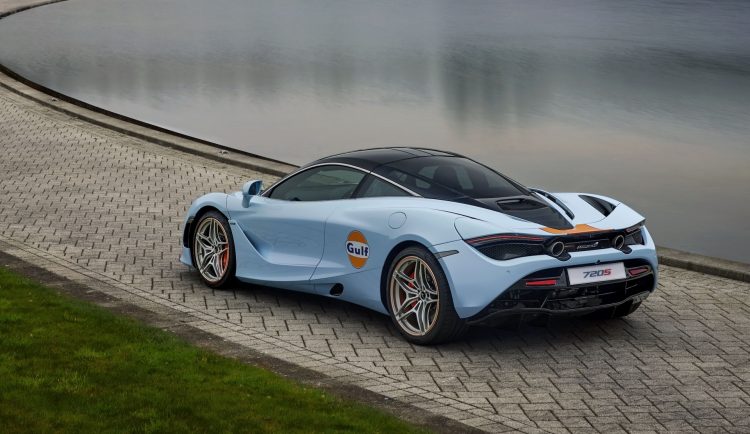 Other special touches include orange brake calipers, some interior tweaks including a Gulf logo embroidered on the headrests, and logos painted on the door sills. There is also a new steering wheel design that adds some carbon fibre and centre stripe, matching the exterior finish. McLaren Automotive’s CEO, Mike Flewitt, said:

“McLaren Automotive has firmly established itself as the pioneering supercar company within just 10 years, but the McLaren brand has a remarkable history before this and it is always great to see customers embracing famous liveries on modern McLaren supercars. The 720S in Gulf colours celebrates two high-performance brands who draw on a deep automotive and racing history that have embarked on a new strategic partnership to excite customers and fans around the world.”

Flewitt also said the project is a demonstration of MSO’s capabilities, covering everything from complete restorations to making finer detailed touches and options on new orders.