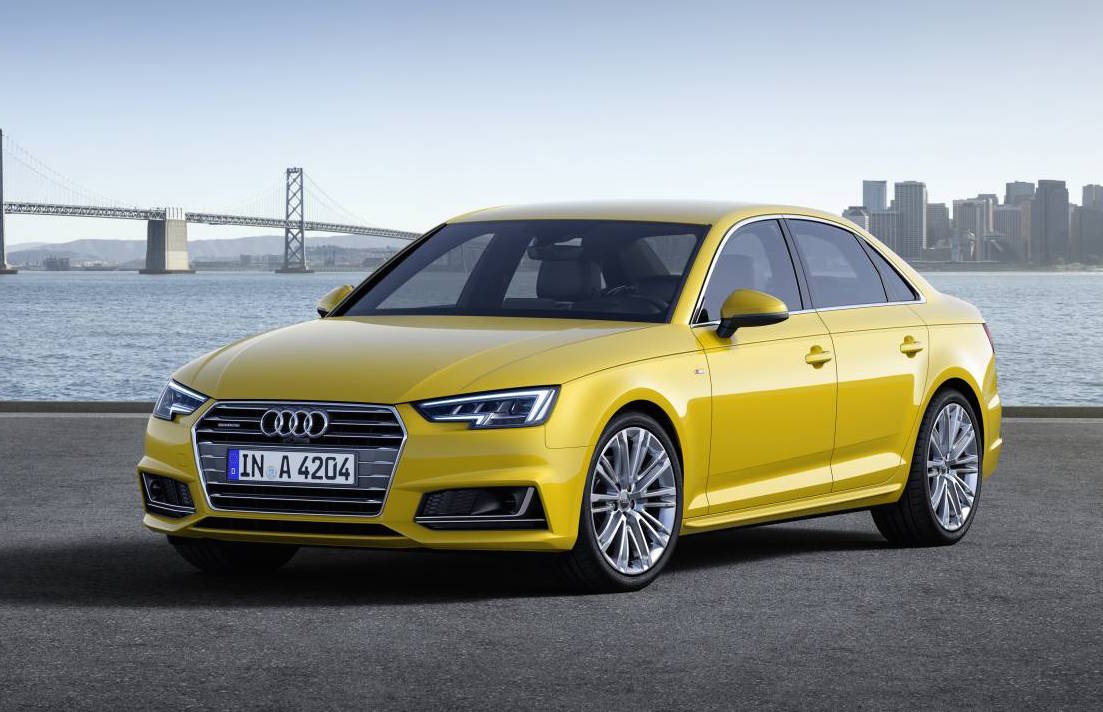 As promised a few day ago, the 2016 Audi A4 B9 sedan and A4 Avant have now been officially unveiled. The new model showcases a fresh design inside and out, improved efficiency and reduced emissions, better aero, and a lighter weight platform. 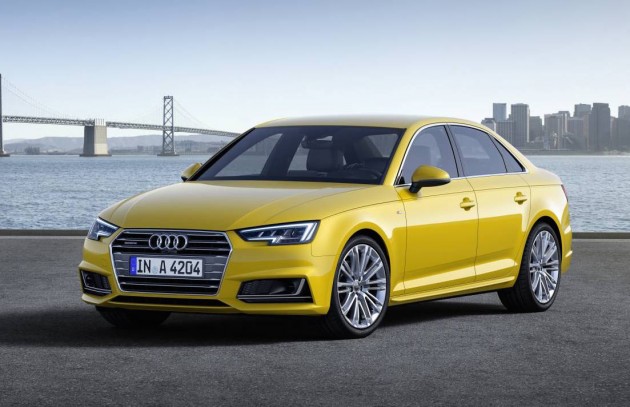 With the new platform Audi engineers have managed to shed up to 120kg from the car’s mass. Despite the weight drop, the new model is larger, measuring 4.73 metres in length with a wheelbase of 2.82 metres. This opens up more cabin space.

Inside, the interior will be available with a massive 12.3-inch instrument cluster replacing all trip and speedo info in high-res graphics, with a new MMI 8.3-inch screen for the on-board entertainment and media functions.

In terms of powertrain options, the A4 gets the company’s latest 2.0-litre TFSI four-cylinder producing 140kW while offering an average consumption of just 4.8L/100km. A range of TDI diesels will also be on offer, with outputs spanning from 110kW up to 200kW.

Audi Australia is yet to announce details of the local lineup, however, it will arrive on the Aussie market in 2016. Stay tuned for more.

InAudi A4, Audi A4 Avant